MISSISSAUGA — It wasn’t hard finding Transat’s Toronto office yesterday – all you had to do was follow the music.

A DJ played front and centre at the company’s in-person agent event yesterday, its first since the start of the pandemic, and the first in a series of agent events that also includes Toronto, Hamilton, Montreal and Quebec City this month. Approximately 100 travel agents registered for yesterday’s Toronto event, which was held outdoors and with COVID-19 protocols in place, including mask wearing and proof of vaccination. 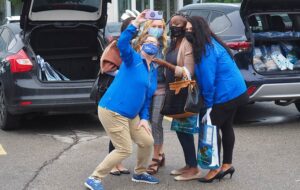 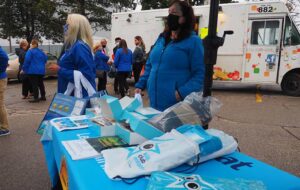 And despite the overcast skies, people danced in the rain, overjoyed to be together again.

“We really wanted to take a chance to have fun and put fun back in this industry,” Nicole Bursey, Commercial Director at Transat tells Travelweek. “We’ve got a great day planned with music, we have a food truck and we have some information to share with agents as well.”

Most notable, says Bursey, is the launch of a Virtual Training Academy on Oct. 26, during which a brand new hotel-sharing tool will make its debut.

“Without a printed brochure, we know agents need to have a tool where they can share hotel information with their clients. So we’ve got a great hotel-sharing tool that we’ll be launching and I’m sure that agents will be happy to have that,” she adds.

In addition to the Virtual Training Academy and the new tool, Bursey is reminding agents about Transat’s other agent-friendly initiatives, including the ability to add Option Flex onto their file and check their refund status online.

“I think anything that gets an agent off the telephone lines to our call centre is important,” says Bursey. “Transat, as well as others, are really suffering with being able to staff up the call centers. These new tools that allow agents to avoid a phone call is what we’re all about.” 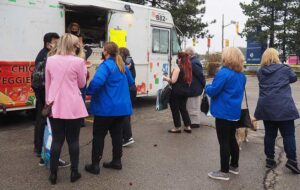 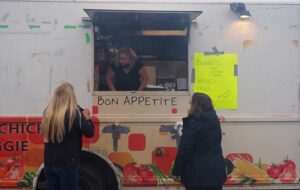 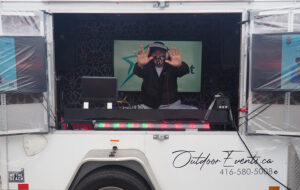 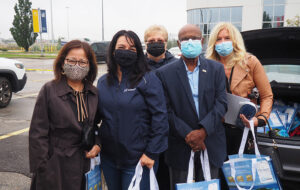 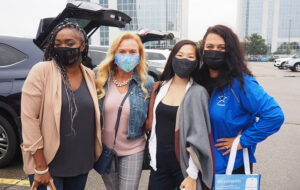 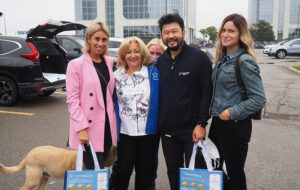 Heading into the winter season, Bursey says the company is “really excited” about its program, which will include some 50 destinations in the Caribbean, Mexico, Central and South America, the United States and Europe. In Europe specifically, where Transat recently resumed service to the U.K. and Portugal, she adds that bookings have been on the rise.

“For the last few months, a lot of Europe travel has been people visiting friends and relatives. We’re really looking forward to when Canadians can feel more comfortable about travelling to Europe on true vacation and we’re starting to see a good pickup in sales,” she says.

When it comes to momentum heading into the winter months, Bursey adds that the company is coming off a “better than anticipated” summer. Air Transat returned to the skies on July 30, following a six-month pause due to the pandemic, starting with just three commercial flights and culminating with 24 routes to 16 destinations in Canada, the United States, the South and Europe.

“It was a modest program, with domestic really leading the way. But there certainly were a number of Canadians who had that pent-up desire to go somewhere sunny, to go somewhere south, so our South program did quite well,” she says.

In addition to the resumption of flights, the summer was also marked by a “whack of refund requests,” as Bursey says. After securing government financial aid back in April that allowed Transat to borrow up to $700 million in additional liquidity, the company announced that it would start offering refunds to travellers who were issued a travel credit due to COVID-19. The deadline to submit a refund request was Aug. 26.

“We’re just finishing up the last few files to actually get money back in people’s bank accounts, which we wanted to support wholeheartedly,” says Bursey. “We’re happy it was able to happen and we were also thrilled that we could also protect agent commission for those files.”

Adding that commission protection was “critical” for the company, Bursey says that agents have always been and always will be a central figure in Transat’s success.

“We’ve built Transat by supporting travel agents. We don’t want that to ever stop,” she says. “We know that this pandemic has hit them really hard, as it has hit all sectors in travel. But we were there to support our travel agent partners.

“Now there are still tough decisions to be made and we can’t always make decisions that are popular to the travel agent community but I really hope that they understand that we do consider them in our decisions.”

When asked how morale has been among its agent partners, Bursey says it’s been a bit of a mixed bag, as it has been with Transat’s own team.

“You feel like there’ve been a couple steps forward and then something pushes you back a bit. But I think for the most part, more agents are back to work, more of our staff are back to work, and it’s been really optimistic but with a little bit of realism thrown in there,” she says. “But we’ve learned a lot along the way and we’ve developed new tools that will make agents’ job easier when they do come back to fully servicing new business.”