Following the US$250 million ‘Star Plus Initiative’, the two ships will feature new suites, restaurants, public spaces, spa & fitness centres, pool amenities and new environmentally sensitive engines that will propel them to many new itineraries and ports of call, including a first-time ever departure from Miami.

The Star Breeze Star Plus Inaugural voyage will take place from Miami to Colón, Panama on March 20, 2020. The sailing from Miami will be a first for the Seattle-based company. It will then embark on three back-to-back ‘Costa Rica & Panama Canal’ journeys before making its West Coast debut in San Diego and heading north on a ‘West Coast Epicurean Extravaganza’. From Vancouver, it will head north to Alaska in May 2020 for the summer season on 10 different sailing dates, including the new ‘Alaska Glaciers & Prince William Sound’ voyage.

The newly updated Star Legend will debut July 2, 2020 and chart a course from Barcelona to Lisbon and up Europe’s Atlantic Coast in early July. It will cruise Northern Europe through September followed by several fall trips in the Mediterranean. The Legend will then embark on classic Windstar itineraries, including five departures on ‘Around Iceland’ in summer 2020, and will forge a new Nordic adventure, ‘Eire with Fire & Ice: Ireland and Iceland’s Overlooked Treasures’. 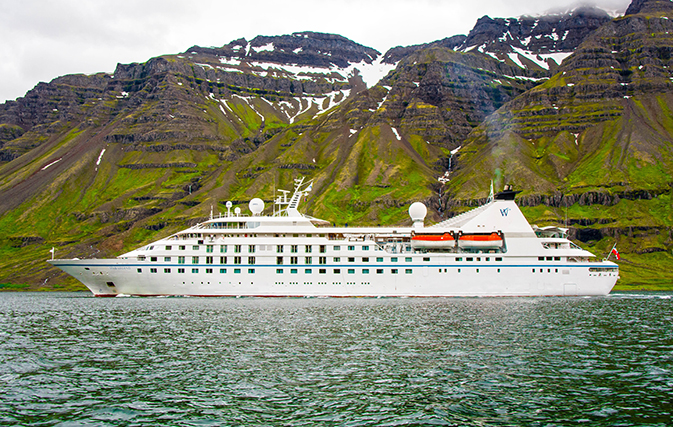 The Star Plus Initiative includes a major transformation of Windstar’s three Star Class yacht-style vessels: Star Breeze, Star Legend and Star Pride. The trio of ships, which comprise 50% of the fleet, will be ‘stretched’ and renovated in succession with work starting in October 2019 and ending in November 2020.

The ships will be cut in half to allow for the installation of a new section that will lengthen each vessel by approximately 25 metres. The total capacity of the expanded ships will be 312 guests.

“The Star Plus Initiative is not about size – it’s about offering our guests more of what they love about Windstar without changing the DNA of the brand or the ships’ ability to visit those special small ports and waterways of the world,” said John Delaney, president of Windstar Cruises.

To learn more about Star Breeze and Star Legend itineraries, go to windstarcruises.com.