TORONTO — With its ‘Bridge to the Future’ virtual conference underway this week, Travel Leaders Network is giving members both in the U.S. and Canada plenty of reasons to “put hope on the calendar,”  as John Lovell would say.

The company’s president, who hosted a media briefing yesterday as part of the three-day conference, was joined by special guest Gloria Guevara, president-CEO of the World Travel & Tourism Council (WTTC),  Stephen McGillivray, CMO of Travel Leaders Group, Roger Block, President of Travel Leaders Network, and Christine James, Vice President of TL Network Canada. Together, the esteemed panel spoke about hope for the future and highlighted the many ways Travel Leaders Network and TL Network Canada are supporting its travel advisors throughout the global pandemic.

“Sometimes putting hope on a calendar, depending on the region you’re in, may be just talking about travel, while in other regions of the U.S. and Canada it might be about actually making a booking for next year,” said Lovell. “We are beginning to see the light at the end of the tunnel. Travellers are eager to once again travel. And in order to have a healthy industry, all of us need to be laser-focused on ensuring that the travel agency distribution channel remains strong.”

If strength is measured in numbers, then Travel Leaders Network is certainly well positioned to weather the storm. To date, this year’s virtual conference, which fills the gap between the company’s EDGE 2019 and EDGE 2021 conferences, has registered a record-breaking 4,000+ attendees taking part from Oct. 13-15. This, said Lovell, demonstrates the commitment of its members to face the pandemic with enthusiasm and optimism.

“I’m always impressed by the quality and spirit of our members. They have survived many months of the most challenging time of travel history and this week they are taking steps to recover, to network with each other, to connect with suppliers and learn new and innovative business practices. Travel Leaders Network is here for our members to make sure they survive and thrive, and every day we’re finding new ways to do that.”

Guevara, who stressed the need to resume international travel and called for a coordinated approach across governments to do so safely, also praised travel agents for staying informed and helping to rebuild traveller confidence.

“Currently a little over 120 destinations or countries around the world have implemented health and safety protocols. That’s why we at the WTTC believe that the expertise from travel agents is very important. You know best which destinations have implemented protocols and which destinations are open right now. There’s a lot of confusion around the world, and we depend on the expertise of travel advisors because now is the time to make sure that travellers feel comfortable,” said Guevara.

Here is an overview of what yesterday’s panel discussed:

“Even though world travel is in a state of flux, the best way for advisors to be able to sell various destinations is to personally experience them, and that’s true today,” said Block.

To give its members a first look at travel in the ‘new normal,’ Travel Leaders Network will be hosting 150 travel advisors next month on a series of 18 fam trips to seven destinations across Mexico and the Caribbean. Dubbed ‘Insider’ trips and sponsored by Palace Resorts, Iberostar Resorts and Sandals & Beaches Resorts, the fams come on the heels of three highly successful ‘beta test’ agent trips to Dubai, Mexico and Disney World earlier this year.

Although the initial fam series will be open to just U.S. members, Travelweek has learned that a series of fams specific to Canadian members is also scheduled for the November timeframe. TL Network Canada is targeting three fams for its members across the Caribbean and Mexico. Additional details will be announced at a later date.

Block, who just last weekend visited Walt Disney World with his children and grandchildren, said fam coverage will be made available on social media so that advisors can “share firsthand their experiences and build confidence among all of our members.”

McGillivray also noted the impact fams have on an agent’s business, sharing the story of how an advisor on the Cancun beta-test fam recorded nine bookings the day after she posted her fam video on social media.

To help advisors and their customers get a handle on current health and safety guidelines, Travel Leaders Network is launching its ‘Book with Confidence’ program, which McGillivray referred to as a “protocol toolkit.” Comprised of two sections – one for advisors featuring a protocols checklist, destination entry requirements and safety protocols across airlines, cruise lines and hotels, and a consumer e-book for distribution by advisors with advice on what to do before, during and after a trip – the campaign also includes a pledge for agents to sign, after which they’ll gain access to a certified stamp that they can use in email signatures, in-store signage and on websites and letterhead.

Armchair Explorer, which was announced back in April, has garnered rave reviews since its launch. The email series, which is sent to 1.5 million consumers every week and features videos, articles, virtual tours, interactive quizzes, Spotify playlists and more, was featured on a recent Forbes list of top inspiration travel videos.

According to McGillivray, the series was launched to fill the void left by suppliers in the early days of the pandemic: “We know that in March-April, suppliers started to go silent. They didn’t think it was an appropriate time to keep up with their marketing communication so we had to fill the void with Armchair Explorer.”

As Block proudly noted, Travel Leaders Network has not stopped growing, even throughout this pandemic. In 2020 alone, the network saw the addition of 169 members in the U.S. and Canada (152 in the U.S., 17 in Canada), nearly equalling its growth in 2019. 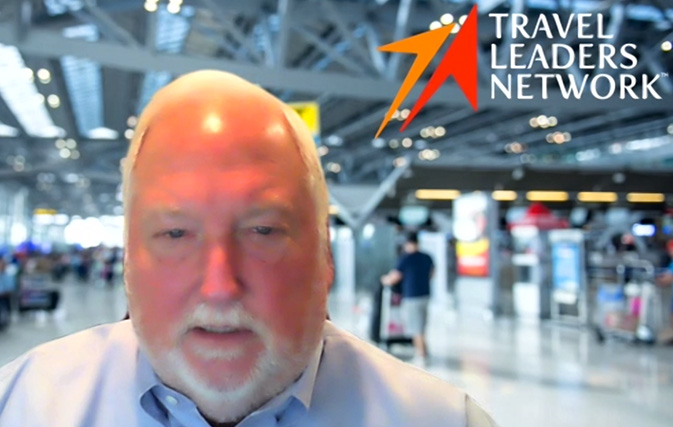 To keep up with its growth, the network, said Block, has been extremely active since the beginning of March in keeping advisors and members informed  on Covid-related matters, best practices and its political lobbying. It has also conducted 36 separate webinars since March 10 on a host of topics, with approximately 17,000 attendees in total tuning in.

In addition, both Block and Lovell have conducted several town hall meetings nearly every month during which they’ve discussed political and supplier updates, marketing opportunities as well as the steps members need to take to “prepare, cut expenses, control cash flow and maintain staff engagement.”

Coupled with this week’s Bridge conference and the network’s agent programs, these webinars and meetings “are exactly what our members need to help them move through these very difficult times,” said Block. “I think when agencies look at the various products and services we offer, they realize the benefits are critical to their survival and future prosperity and that’s leading to our success.”

When asked whether he’s seen an increase in agencies or members leaving the network since the start of the pandemic, Lovell said it’s been the exact opposite.

“There have been some studies that predict a very significant loss across the universe, but we’re not seeing that,” he said, putting numbers in the mid-upper 80s. “People may have changed the way they’re doing business within our network, such as changing hours, moving to a home-based environment, etc., but we’re not seeing the Draconian predictions that people have predicted across the universe.”

Block did note, however, that the company has seen some members having to sell their business for whatever reason. The number of these agencies, he added, is much smaller than the company had anticipated, and that the majority of these cases were due to owners who were already contemplating retirement.

To assist these agencies, Travel Leaders has conducted webinars on how owners ought to go about selling their business, and what a reasonable asking price would be. It has also updated its Matchmaker website, which allows an agency that wishes to sell find potential buyers based on criteria that’s relevant to their business.

Noting the many struggles agencies have had to endure these past few months, Block commended both the Canadian and American governments for providing financial assistance. However, that well of funding, he said, is now drying out, and the need for an additional round of stimulus for the travel agency community is acute.

“If it doesn’t get renewed by the end of the year, I fear we will start to see more and more agencies really have some severe financial hardships,” he said. “There’s no way we’re out of the woods yet and I hope none of us believe that. We won’t be out of the woods truly until the world starts to travel and hopefully everyone is working together to make that happen again.”

One way for travel advisors to recover, said Block is to “charge like the professionals they are,” meaning they should charge fees and not rely 100% on commissions.

“This isn’t to say we believe commissions should go away – we don’t. But we do believe that most agencies need to think about professional fees,” he said, adding that there’ll be two seminars on this very topic during the Bridge conference. “This is something that we definitely believe is the future.”

Both Travel Leaders Network and TL Network Canada conducted consumer surveys in the summer, garnering very similar results. Speaking to Canadian responses, James cited the #1 concern was the risk of infection on planes and cruise ships, followed by travel insurance coverage and uncertainties over refunds in the event a trip is cancelled. 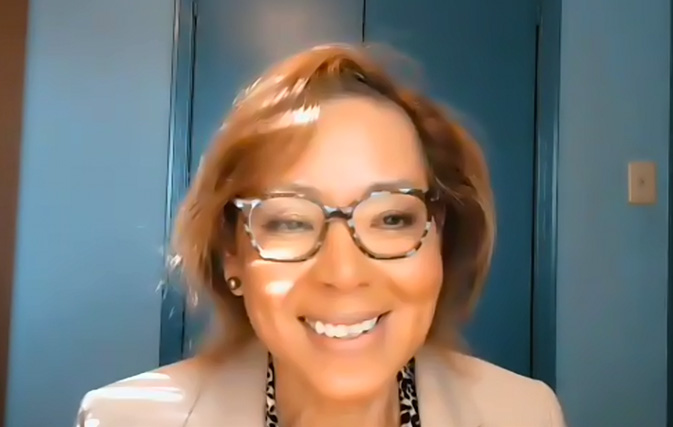 James commended Canada’s top airlines for addressing these concerns, particularly Air Canada and WestJet for rolling out instant testing at most major airports across Canada. Major tour operators in Canada as well as airlines have also announced comprehensive COVID-19 medical coverage in recent weeks, which she said has given clients much more confidence now compared to just a month ago to book a vacation.

As for refunds, James said TL Network Canada’s suppliers have responded positively, rolling out consumer-friendly policies to reassure clients. “They don’t need to be overly concerned about cancelling their trip because they’re either going to be covered by a future cruise credit or future travel credit,” she said.

And although international travel is still in its early stages of recovery, James is excited to see that Canadians are willing to travel domestically in the interim. Survey results show that British Columbia and Alberta are the top desired destinations, and preferred suppliers have responded accordingly with special programs and tours.

James also noted that 50% of respondents said they were ready to hear about promotional offers back in July when the survey was first sent out. To agents who are currently selling to clients, James had this piece of advice:

“Ask the right questions to your customers because not everybody’s mindset is in the same place,” she said. “There’s definitely activity out there and the message we’re trying to convey is sell to your customer’s mindset and not to your own fears or hesitations. As long as you keep that in mind during the sales process, I think it will help you move whatever business is out there onto the books.”

James also reminded agents to save the date for TL Network Canada’s Canadian Regional, scheduled virtually for the afternoon of Nov. 24. The timing of ‘Canada Connect’, she said, couldn’t be better for suppliers, which by then will have their schedules closer to full capacity. Registration details will be announced shortly.