Many tour ops are focusing on Canada tours, but are they actually selling?

TORONTO —  Canada hasn’t typically been a big seller for travel agents, with Canadians opting for sun and fun abroad rather than vacations in their own backyard. But with COVID-19 restricting travel around the world, and a mandatory quarantine still in place for Canadians upon their return home, industry experts are predicting a record rise in domestic tourism in the coming months.

In response, a growing number of tour operators has launched home-grown adventures that span coast to coast. But, with Canadians having shown reluctance to travel within Canada for so long,  will these tours actually sell? 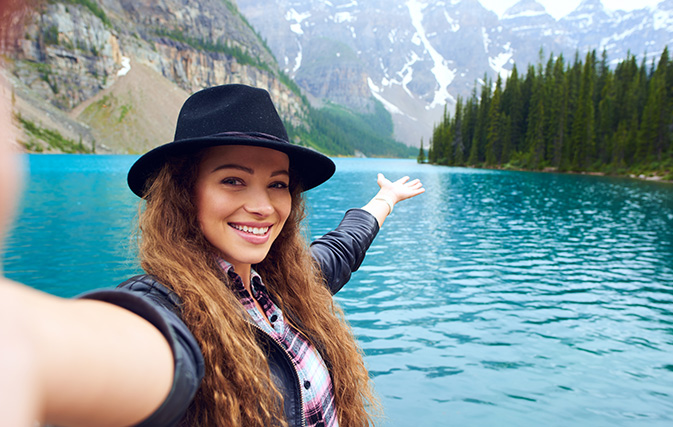 Allison Wallace, VP Corporate Communications at Flight Centre, tells Travelweek that the company has definitely seen an increase in Canadian bookings in recent weeks, with domestic flights with Air Canada and WestJet being its top sellers.

“We typically look after more transborder (USA) and international travel at this time of year but as we know, nothing right now is typical,” she says. “COVID-19 has certainly emphasized the value of using a travel agent and while many likely may not have used one for domestic travel, we’re seeing greater demand due to travel restrictions and safety protocols and the increased need for that knowledge and expertise.”

When asked what she thinks is the biggest reason why Canadians are travelling closer to home, Wallace references a combination of concerns, the biggest ones being the Federal government’s ongoing advisory against non-essential travel, which in turn limits insurance options, as well as the 14-day quarantine.

“Some people simply don’t have the flexibility of having two weeks after taking time off to stay at home, and others have expressed their concern with not wanting to find themselves stuck in destination should requirements change or their flight gets cancelled,” she added.

Over at TL Network, Christine James, Vice President Canada, also confirms an increased interest in domestic travel, particularly for RV rentals and accommodations in secondary cities/resort destinations across Canada. A recent TL Network survey sent to clients of its member agencies across Canada shows that respondents were mostly interested in flying within Canada and staying at a local resort or hotel for their next trip.

Crediting preferred suppliers for responding quickly and expanding existing programs to meet this demand, James says it’s important for travel agents to maintain lines of communication with their clients about these new products.

“Typically, most agencies don’t sell much domestic travel but several are discovering that this can be a great opportunity to generate some revenue in the short term,” she says. “Many consumers assume that travel agencies don’t handle domestic travel and quite often book these types of trips directly. Therefore, it’s up to the travel advisor to reach out to their client base to let them know that they are willing and able to handle these bookings.”

Contiki, which launched a new series of local trips for Canadian millennials and Gen Z travellers this past August, is among the recent wave of tour operators to focus on home-grown itineraries. The series, which includes four adventures in the Atlantic provinces, Ontario & Quebec, British Columbia and Alberta, are available to book now at 15% off until Oct. 30 and will depart starting in December.

“There’s been significant demand for our local adventures over the past month, and in particular for our ‘Ski Banff’ trip as Canadians begin to look forward to winter activities and our first departures starting this December,” she says. “Out of all Contiki trips booked in Canada, 20% are for our newly launched trips and we’re excited that younger travellers are showing continued interest in exploring Canada this year and into 2021.”

Citing a recent Contiki survey of over 1,100 Canadian 18- to 35-year olds, Berry says that 76% of respondents are looking for foodie experiences, while 70% are interested in hiking, biking and adventure. With this in mind, Contiki built in such elements as kayaking in the Bay of Fundy and a visit to Poutineville in Quebec City into its new Canada itineraries to appeal directly to millennials’ interests.

When asked whether Canada-centric itineraries will be a passing trend once the global pandemic subsides, Berry says she’s optimistic that they’ll be here to stay.

“I would hope that once people see how much Canada has to offer that we will continue to travel throughout the country and not put it off,” she says. “We know that people take more than one vacation a year, hopefully one of those vacations will be within Canada because it’s an incredible country.”