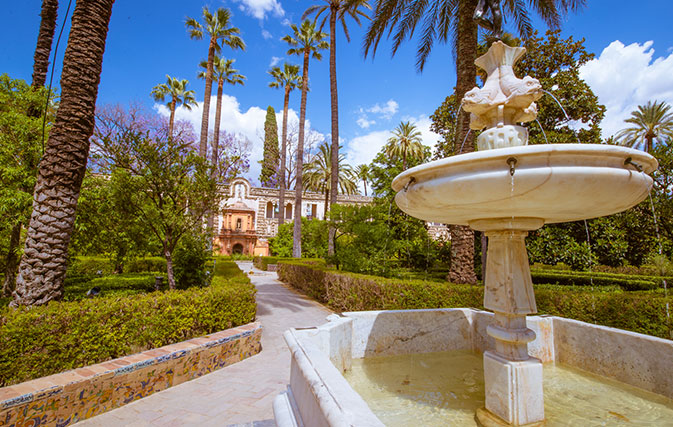 Andalusia is home to Spain’s most famous royal palace, Alhambra, but it’s also the site of many other spectacular and majestic royal buildings. Many of these monuments are the work of the Moors. Take a look at our guide to the region’s most spectacular Moorish buildings ahead of your next trip.

Declared a UNESCO World Heritage Site together with Alhambra in 1984, Generalife’s spectacular gardens are the reason visitors flock here. Built in the 14th century during the reign of Muhammad III, the palace was originally used as a royal summer retreat.

A masterclass in Mudejar architecture, the Alcazar of Seville is one of Spain’s most ravishingly beautiful Moorish palaces. Built as a fort in 913, the site of the palace has gone through multiple modifications in its long history, most notably the addition of the Palacio de Don Pedro during the 14th century.

Smaller in scale but no less spectacular, Casa de Pilatos is a beguiling mix of Mudejar, Gothic and Renaissance architecture, and is still inhabited by the aristocratic Medinaceli family. The mishmash of décor is the result of owner Don Fadrique Enriquez de Rivera’s trips to Europe in the 15th century.

Known as the Castle of the Christian Kings, this medieval palace is one of Cordoba’s most distinctive landmarks. With a strategic location on the banks of the Guadalquivir River the castle started life as a residence for Moorish caliphs and governors from Rome.