The Aquarium was awash with rainbow lighting and music, including a performance by Allie X, plus the stars of the Toronto-filmed ‘Queer as Folk’ were spotted in the crowd.

This year marks the 35th anniversary of the convention, which has become a yearly gathering of LGBT tour operators, hoteliers, airlines and destinations and welcomes attendees from around the world. The convention continues with two days of educational talks at the Westin Harbour Castle as well as a community outreach where attendees will spend Saturday afternoon volunteering at local charities. 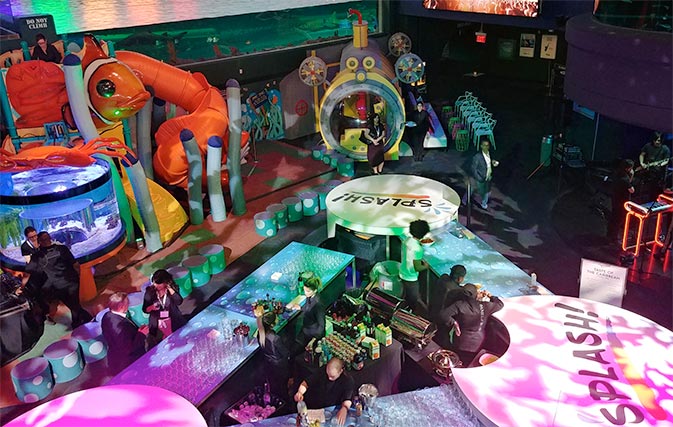 As for the parties, they’ll be the talk of the town, starting with a fundraising event held tonight at the Fairmont Royal York. The IGLTA Honors will be presented with Prime Minister Justin Trudeau being honoured.

The convention concludes on Saturday night with a closing party at Casa Loma. For more information, go to iglta.org/convention.