TORONTO — With over 30 years of successfully sailing the Greek Islands, Celestyal Cruises kicks off its fourth season with more options and increased sales, thanks to interest from American travellers.

“Celestyal Cruises will now be offering year-round sailings in Cuba for the 2016-2017 season,” says Christine Chiang, VP of Sales and Marketing Canada Celestyal Cruises. “We’ve had continued response from travellers who want a different way to see Cuba.”

Passengers on the Cuba sailing benefit from an all-inclusive experience that includes beverages and shore excursions, like walking tours of Havana, Santiago de Cuba and Cienfuegos, and access to many UNESCO World Heritage sites such as Old Havana and San Pedro de la Roca Castle. There are also rum tastings to be enjoyed, as well as a visit to a cigar factory and a beach day on Punta Frances, nicknamed the Isle of Youth.

Travellers can choose to embark at either Havana or Montego Bay, and experience a seven-day itinerary that circumnavigates Cuba. They can indulge in Cuban and Caribbean cuisine and a wide range of entertainment such as Cirque Fantastique led by artistic director Marie-Josee Levesque, a former member of Cirque du Soleil. Wi-Fi is now available onboard the Celestyal Crystal, with packages available for purchase.

As the only cruise company based in Greece, Celestyal Cruises knows its market well – and for 2017, it will offer the all-inclusive option for passengers. New to the Greek Island offerings is ‘Euphoric Aegean’, a three-, four- or seven-day trip, which can include up to 10 ports and balances the popular hotspots of Santorini, Rhodes and Mykonos with lesser known islands like Izmir, Chania and Cesme.

Celestyal Cruises is also offering one sailing of ‘Steps of Paul’, a seven-day pilgrimage cruise that takes passengers to historic and religious sites in Greece and Turkey, including Kavala, Patmos, Syros, Istanbul and Thessaloniki.

Partnered with Air Canada Vacations and Transat, Celestyal Cruise passengers can benefit from a no single supplement on inside staterooms for the 2016-2017 season. Hola Sun Holidays will become a new partner with Celestyal Cruises, with details soon to be announced. 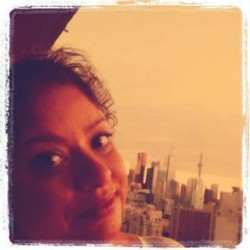