The ship, which will embark on its maiden voyage on April 1, 2020, sailed from Genoa to Marseille from Nov. 15-18, and then back from Marseille to Genoa from Nov. 27-30. After the sea trials, the cruise line confirmed that the Scarlet Lady is “smooth, stable and quiet” and has now been deemed “seaworthy”. 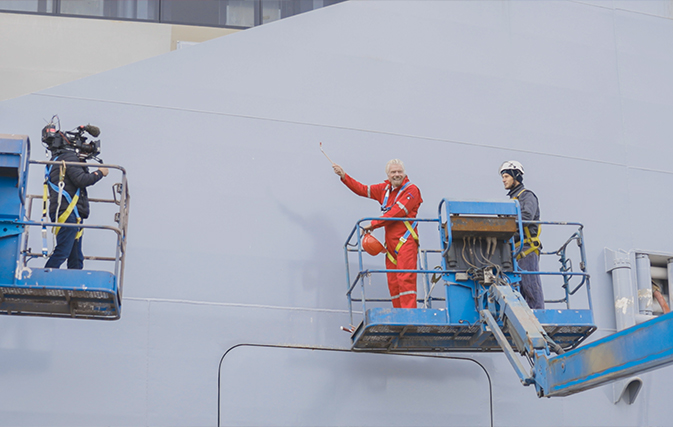 Branson, founder of Virgin, boarded the ship in Marseille along with his wife Joan and children Sam and Holly, as well as Virgin Voyages’ CEO Tom McAlpin, Chief Commercial Officer Nirmal Saverimuttu, SVP of Design Dee Cooper, and CEO of Virgin Atlantic Shai Weiss. Branson ceremoniously painted the outline of the Virgin flag on the hull of the ship where the Virgin Voyages logo will appear.

Said McAlpin: “We’re thrilled to have completed such a significant milestone with our Sea Trials and have our amazing crew to thank for their passion and tenacity in this achievement. We’re one step closer to getting our Sailors on the Scarlet Lady and are grateful for all that have chosen to join us on this adventure.” 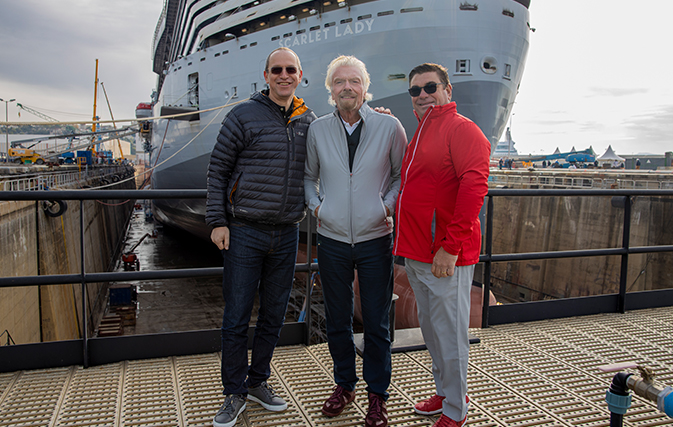 The ship’s maiden voyage will be packed with celebrity-guest appearances, special events and exclusive surprises for Sailors. Those who are unable to join can book a Sneak-a-Peek sailing on VirginVoyages.com. The first Sneak-a-Peak sailing will run from March 26-29, followed by the second sailing on March 29-April 1. The three-night sailings will feature the ship’s marquee experiences, including a day at the Beach Club at Bimini, a Scarlet Night Party, access to all restaurants, and complete versions of entertainment offered onboard.

After its maiden voyage, the Scarlet Lady will sail from Miami to the Caribbean year round.

Scarlet Lady’s sea trials come on the heels of Virgin Voyages’ recent announcement of its second ship, Valiant Lady, set to debut in may 2021. The ship will homeport in Barcelona and sail three 7-night Mediterranean itineraries that include overnights and late-night stops in France, Italy and Spain. Bookings for the Valiant Lady open Dec. 19, 2019.