TRVL.com’s founder says he wants to put the power of OTAs in the hands of agents

This story originally ran in the Oct. 24, 2019 issue of Travelweek magazine. To get Travelweek delivered to your agency for free, subscribe here.

Wijnands is positioning the site as an online revolution, putting the power of the OTAs into the hands of traditional travel agents. “We want to put travel agents centre stage,” says Wijnands, adding that a number of retail groups in Canada have agreed to make the TRVL platform available to their agents.

Launched in Canada in early September, the site is already getting positive feedback from the trade, he says. 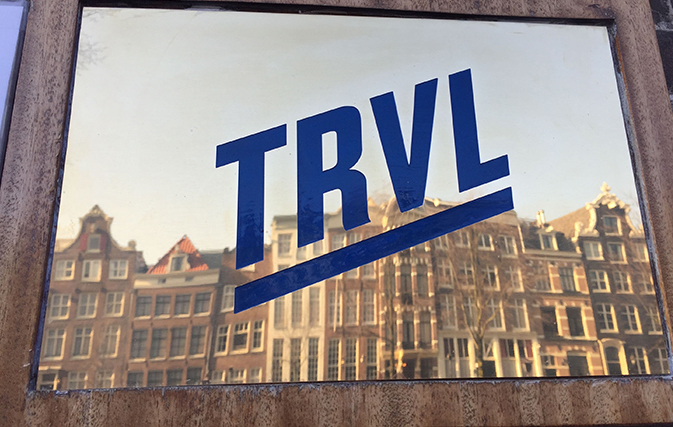 It wasn’t always that way. The original TRVL.com was a B2C site that had consumers booking hotels and pocketing the commission.

By 2017 the site had alarm bells ringing at TICO, and TRVL.com, which was not registered with TICO, was barred from operating in Ontario. “Anybody who is selling travel in the province … must be employed by or otherwise aligned with a registered travel agency in the province of Ontario,” said TICO President Richard Smart at the time.

TRVL was originally launched in 2010 as an iPad magazine, the first in the world. Then Wijnands transformed it into the peer-to-peer B2C booking site, the one that generated pushback from TICO. He also co-founded Prss, which was bought by Apple in 2014 and turned into Apple News.

With his B2C version of TRVL.com operating in countries around the world, Wijnands says he had an epiphany. All the online travel booking sites that turned the industry on its head back in the mid-1990s “hadn’t evolved in two decades. You still have to do everything yourself. I thought, what would a second generation booking tool look like?”

By his own admission, up until that point Wijnands had a skewed perception of the retail travel industry. “I didn’t know much about the travel agent world. I thought agents were obsolete.”

Realizing how wrong he was, Wijnands started to re-think TRVL.com and how the site could work with travel agents – real travel agents, not consumers booking hotels for friends.

He decided he wanted to connect traditional travel agents with the OTAs. “I know there needed to be a new type of travel agent filling that gap,” he says.

He also decided to team up with global travel services and distribution specialist Discover the World to re-launch the trade-friendly site. Discover the World, with a Canadian office headed up by industry veteran Joanne Lundy, has presence in 103 countries worldwide, with 600 global staff backed by 38 years of experience.

TRVL.com now has five OTA partners – Expedia, Booking.com, Priceline, Agoda and Hotels.com. Travel agents sign up at TRVL.com and are waitlisted while Discover the World checks credentials (i.e. an IATA or TIDS number). Bona fide agents then get the green light and can use the site to make OTA bookings for their clients.

There’s no membership fee, says Wijnands. TRVL takes a small percentage of the commission and passes the rest on to the agent. The site also emphasizes peer-to-peer knowledge sharing, so agents can benefit from each other’s specialties and expertise.

It’s a far cry from the B2C model where consumers were greeted on the home page with ‘Welcome to the secret world of the travel industry’.

“We shut down the B2C website completely,” says Wijnands. “We want to create a global travel agent network.”

Looking at his B2C metrics as he researched the new agent-friendly business model, Wijnands says he discovered two things. “First, we saw that travellers don’t want to be their own travel agent. They were kind of desperate because they couldn’t find that help. And second, we found that we had a very active community of users, making thousands of bookings, but 80% were coming from inside the travel industry.”

Agents were already using the site, so the switch to B2B made sense. Wijnands says he also saw that “travellers who liked the idea of being in the travel agent role didn’t want to ask for money from their friends” when making bookings on their behalf.

Wijnands says he now has a good understanding of what travel agents face, and the daunting consumer expectation that “they’re supposed to know every destination in the world.”

He concedes that travel agents have been dealing with the Internet for 25 years now and that competition from OTAs is nothing new.

He also realizes that major retail chains and consortiums, far from sitting on the sidelines of the online booking revolution, have kept their members at the forefront of new technology while emphasizing great customer service, something the OTAs have never truly offered.

And of course even the OTAs have come around to working with the traditional retail distribution channel, with programs like Expedia TAAP.

Despite all that Wijnands says there’s still a gap that TRVL can fill. “We bring all the biggest Internet brands together in one shop,” he says. “And we want to bring their knowledge together. We’re doing this for travel agents. We want to understand their pain points. This is their tool.”

Discover the World’s Lundy says TRVL is one of many booking options an agent can use. The B2B version of TRVL is making its worldwide debut in Canada but “we wanted to start small” and not over-reach, says Lundy.

Asked about the new B2B version of TRVL.com, TICO’s Smart says that without having all of the information about the new agent-friendly model, it’s difficult to give a comprehensive view. However, “anyone who signs up to sell on TRVL.com in Ontario would need to be a TICO-certified travel agent, working for a TICO-registered travel retailer. If they have individuals who are not TICO-certified/working for a TICO-registered retailer, and who are located in Ontario and selling travel on their website, then TRVL.com itself would need to register with TICO.”

So far TRVL.com is for hotel bookings only. While bricks-and-mortar travel agencies have held their own for the past 20 years, the OTAs siphoned off a huge volume of air and hotel bookings.

Getting TRVL.com off the ground as a B2B site “is not going to happen overnight,” admits Wijnands. But he has faith in the business model. “We’re not the merchant. And we don’t have to generate leads for travel agents. They already have the leads. At some point we’ll have 20,000 to 30,000 agents worldwide on the site. And most of them will likely log in every day, even if they don’t make bookings on the site every day.”

Wijands says Canada “is a great market” for the B2B launch of TRVL.com. Agents here are tech-savvy and know the business.

Adds Ian Murray, Discover the World’s Vice President Global Client Management & Development: “Reclaim your rightful space. The goal is to create a global village [for travel agents]. There are no borders to this.”