TORONTO — When it comes to what global travel’s recovery will eventually look like, no one has a crystal ball. But Bruce Poon Tip, who founded G Adventures over 30 years ago, is better qualified than most to make a few bold predictions.

During a media briefing yesterday, March 18, Poon Tip reflected on lessons learned and future challenges after an unprecedented year for the travel industry during which the COVID-19 pandemic grounded airplanes, cruise ships and tours around the world. While the majority of 2020 focused on survival and uncertainty surrounding the future of travel, Poon Tip’s latest sit-down highlighted the many reasons for the industry to be hopeful in 2021, as more and more countries reopen their borders and global vaccine distribution ramps up. 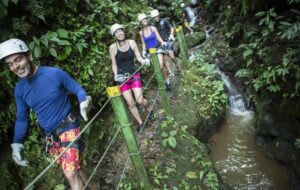 The recovery, however, will come at a temporary cost for travellers in terms of pricing. When asked whether he thinks travel will become more expensive post-pandemic, Poon Tip said: “In the short-term no, in the mid-term yes, in the long-term no.”

Noting how all travel suppliers will be offering discounts and added flexibility at first to simply get people to book travel again, prices will see a spike in the mid-term once the industry eventually hits its stride. However, this is nothing to worry about as he expects the booking climate to even out and stabilize in the long-term.

Speaking of the long-term prognosis for the industry, Poon Tip says it’s looking good, with travellers making the switch to longer booking windows, from the typical 60 to 90 days to seven and eight months out.  As such, he says that come Sept. 1 tour operators, including G Adventures, will likely see more meaningful numbers in terms of bookings.

But what about the all-important summer season?

“We thought we’d get passengers off in May and June but that’s not going to happen in a very big way because a lot of countries are still recovering and they’re not going to have their borders open,” he said. “But, a lot of countries are pushing for July 1 to reopen to get a piece of summer. Bookings are returning for us for sure, especially after our Cyber month in November when we saw a huge spike of people booking with eight- to nine-month windows. Plus, agency sales are picking up as agents are back communicating with their customers.”

Despite some gains in recent weeks, Poon Tip still considers G Adventures to be in “hibernation” right now, like most other tour operators. But this doesn’t mean that the company has been dormant for the past year. In fact, it has run over 100 trips since last September, starting with Europe, followed by Costa Rica in November and Tanzania in December. It did have some false starts, like in Peru, but with Morocco and Egypt itineraries resuming in the last two weeks, the company has regained some momentum.

“Everyone in the travel industry is talking about how there’s going to be a quick return and that there’ll be a tipping point where people will just decide they want to travel,” added Poon Tip. “A recent G Adventures study that we did found that 59% of travellers globally said that lockdowns made them want to travel more than before and that 31% of travellers will travel within three months of being vaccinated. That number creeps up to 46% when you ask them whether they’ll travel within six months of being vaccinated. All that shows there’ll be a very quick rebound.”

Here are some more insights from yesterday’s briefing:

Poon Tip, who prior to the pandemic travelled an average 300,000 miles each year, is a fan of vaccination passports – but only if they’re standardized around the world.

“You can imagine if 100 different countries, or even 50, put out different versions of passports, it will be mayhem for countries that just want to receive tourists,” he said. “For us as an operator who has CEOs running tours all around the world, if they arrive on day one we want to know the country has a standardized way to check that all our passengers are either tested or vaccinated. If everyone has different versions of the passport, it just makes it more complicated, not to mention the education process involved with that will be a lot to deal with.”

As history has shown, he added, countries, tourism boards and tourist authorities have not had much success when it comes to communicating and standardizing various travel regulations. But the answer when it comes to a vaccination passport for COVID-19 may lie with IATA, which represents some 290 member airlines around the world. The IATA Travel Pass is already underway, with early adopters like Singapore Airlines, THAI Airways, Emirates, Etihad, Copa and Air New Zealand signing on to help passengers streamline health verification requirements.

According to Poon Tip, if IATA was to develop and/or regulate one standardized version of a vaccination passport or green certificate that everyone can agree to, similar to the one proposed by the European Commission, “it will get people feeling safer, which is a great thing.”

To those opposed to the idea of a vaccination passport, Poon Tip is quick to remind them that showing proof of vaccination is nothing new and that travellers have been doing it for decades for such ailments as malaria, yellow fever and tetanus.

“We’ll need something more official than the little yellow book and doctor stamps that we’ve been doing,” he said. “But I don’t think people are adverse to having or using a passport. The general sentiment is fairly positive – it just has to be clear, transparent and consistent.”

Among the new travel trends that have emerged as a result of the pandemic, Poon Tip highlighted the following: 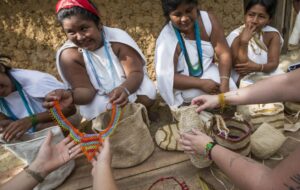 Poon Tip was also asked about travel insurance and how it will change after the pandemic. With insurance companies like TuGo, Manulife and Allianz already including coverage for COVID-19, Poon Tip believes that the snowball effect will continue to the point when all insurance providers will do the same. However, it’s going to come at a cost to consumers.

“It’s not going to be free so insurance will go up slightly in the short-term as insurance companies create a pot to fund it long-term,” he said.

And with pre-arrival testing requirements being implemented by many countries, including Canada, does Poon Tip think insurance companies will eventually cover the cost of testing too?

“The main change is going to be insurance companies covering travellers if they catch COVID-19 while travelling, and if they need treatment or transport to get home if it gets serious. But also with getting a test before coming home, however long we’ll need to do that, we’re going to start seeing all of these things within travel insurance programs,” he said.

As tour operators start to map out their recovery (“We’re all in startup mode with a blank slate ahead of us,” says Poon Tip), it’s important to remember that some things shouldn’t be made into a competition – namely, health and safety.

“Every company is coming forward with ways on how they’re going to keep customers safe, but we shouldn’t be using this to differentiate our brands because we all ultimately have a unified goal to get people travelling again,” said Poon Tip. “Competition is great in terms of winning customers, service standards, product tours and services but we should all agree that we’ll do whatever possible to keep our customers safe. This is not an area where we should compete.”

Poon Tip thinks the pandemic provides a unique opportunity for the entire travel industry to set aside its differences and come together to create lasting change. After a divisive year last year with such movements as Black Lives Matter and #MeToo dominating headlines, the world is now coming together as a collective unit to overcome the pandemic.

“It’s been a tough time of polarization and this pandemic has come in contrast to all of that. It pulls us together and helps us realize how small the world really is and how we actually need each other to get out of this,” he said. “So I think it’s a very, very exciting time. Our community has strengthened in a way it has never had before.”