TORONTO — Destination Quebec welcomed 150 travel agents to learn more about the province at the Discover Quebec marketplace, with over 30 tourism partners at the historic Fermenting Cellar in Toronto’s Distillery District.

Quebec Original is the tagline for Destination Quebec’s promotion, and debuted a new marketing video that highlighted 10 reasons for travellers to explore la belle province this winter, from experiencing the ‘good life’ of Quebec’s cuisine to exploring the 28 national parks to their well-known urban nightlife.

Denis Poulin, market coordinator for Ministere du Tourisme Quebec, explained that the marketplace is an essential part of the annual marketing. “Ontario is the number one market for Quebec tourism after Quebec and before the United States.”

There’s plenty of lures for travellers, according to Poulin, from the well-known urban attractions of Montreal and Quebec City to active holiday ideas, such as the 1,000 kilometres of snowmobile routes in Centre du Quebec or downhill skiing at Mont Tremblant or cross country skiing in Outaouais’s Gatineau Park. 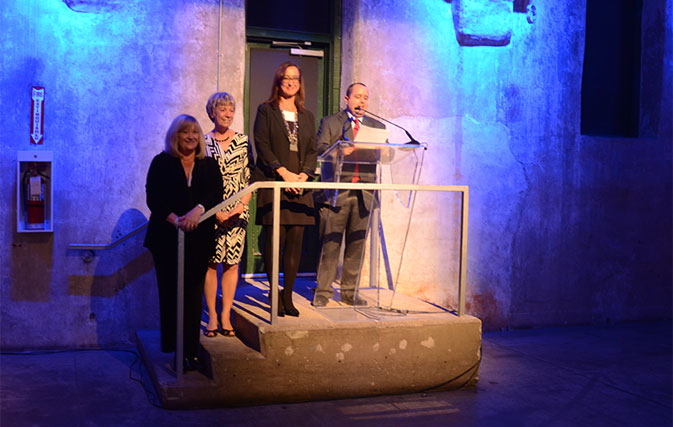 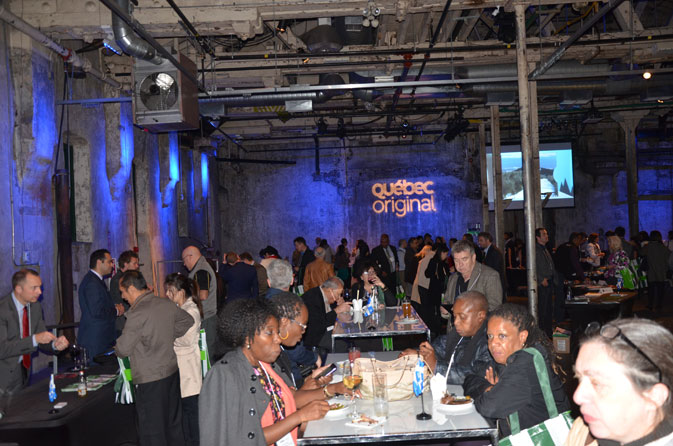 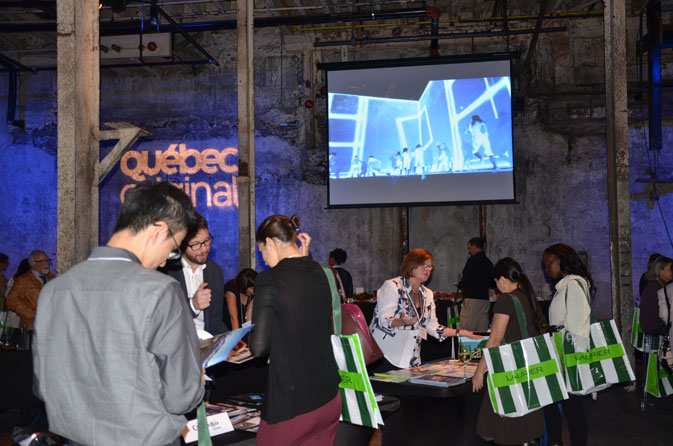 Over 60 winter festivals will be held this winter season in Quebec, with the well-known Quebec Winter Carnival kicking off the largest winter carnival in the world this January, a tradition since the 1890s. Beyond the endless array of outdoor activities across the province, history is another reason to visit Quebec this winter.

As attendees learned about what’s new from Quebec regional tourism groups, attractions, hotels and package tours, as well as snacking on poutine, one of the favourite stops was to see Stephane Roy, Assistant Director of Cultural and Heritage Production of The National Battlefields Commission, representing the Plains of Abraham. Dressed in a historic red French military uniform, Roy proudly spoke about the 80,000 students who visit the historic site every year from across Canada and the United States, where young historians can learn how to shoot a canon and find out the details of 18th century military life.

Fairmont Hotels was there to remind agents about the five historic properties in Quebec, including Fairmont Le Chateau Frontenac in Quebec City, reportedly one of the most photographed hotels in the world, while Hotel Le Germain, a Quebec-based boutique hotel company with hotels in four provinces, highlighted the newest addition to its hotel portfolio, Le Germain Hotel Charlevoix, a former farm renovated by local craftsmen and artisans, located near popular ski resort Le Massif.

Porter Escapes highlighted its popular Quebec packages, including Montreal, Quebec and Mont Tremblant, while Nancy Donnelly of Tourisme Saguenay-Lac Saint Jean explained that her region has the southern-most fjord in Canada and in June 2016 will be welcoming the Adventure Travel Trade Association’s Adventure Elevate conference to explore this region, nicknamed the ‘Land of Giants’ for its unique landscapes. And for kids (big and little), there’s the Valcartier Village vacances, located 20 minutes from Quebec City, a winter playground with more than 35 snow slides to celebrate winter in Quebec.