TORONTO — Nearly a year into a global pandemic that has seen planes grounded, cruises temporarily docked, borders closed, tours cancelled and travel agents struggling to make ends meet, Canada’s travel industry may only now be seeing its biggest challenges ahead. 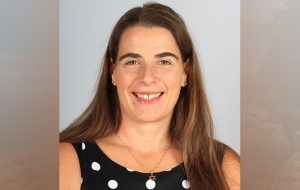 The Jan. 29 announcement by Prime Minister Trudeau who stated that all four of Canada’s major airlines – Air Canada, WestJet, Sunwing and Transat – have agreed to cancel all Caribbean and Mexican flights through April 30, 2021 has left the entire industry reeling, from destinations that will be losing much-needed tourism revenue, to travel agents who are not only dealing with another round of rebookings and cancellations, but also more commission recalls.

Everyone in the travel chain will be impacted by the news, with little to no financial relief in sight, as of yet, from the federal government. And though the route cancellations, coupled with a new round of unprecedented travel rules that include mandatory PCR testing at Canada’s four largest airports (Toronto, Montreal, Vancouver and Calgary) and costly hotel quarantining, are designed to help mitigate the spread of COVID-19 and all its new concerning variants, it’s of little comfort to hard-hit travel agencies and agents who have struggled to stay afloat since March.

“The federal government made this announcement without a backup plan for Canadian workers, and I know that has caused a lot of stress, tears and anxiety,” says Heidi Hurst, an independent contractor with TPI and founder of Calgary-based Heidiway Travel who lost approximately $700 in commission recalls in the two days following Trudeau’s announcement. “Unlike me, there are a number of travel agents who are Independent Contractors and who are going to be out tens of thousands of dollars based on refunds and recalled wage commissions.”

Scott Penney, a certified travel advisor with The Travel Agent Next Door from Dartmouth, Nova Scotia, tells Travelweek that “this is just another blow to travel agents and agencies.” With two clients currently in Panama whose flights have been cancelled, Penney is already feeling the effects of the cancellations.

“Once again we are caught in the middle of a bad situation and either way, there does not appear to be a favourable outcome for us,” he said.

To read the full story, including feedback from TL Network and Nexion Travel Group-Canada, check out the Feb. 4 issue of Travelweek here.