The rains have come: Australia is open for business

TORONTO — Following a weekend of much-needed heavy rainfall, the timing of Australia’s key messaging couldn’t be better: the country is open for business and ready to welcome back visitors.

Thanks to three days of torrential rain that swept across New South Wales (NSW) state, with more in the forecast later this week, the devastating bushfires that have been burning since September are expected by officials to be largely extinguished. There are currently 24 fires remaining, a far cry from the initial 150 that razed nearly 12 million hectares in the state.

Now with the focus shifting to recovery and regeneration, Tourism Australia has embarked on an 11-city North American roadshow to bring back travel demand to the destination. In Toronto yesterday, Jane Whitehead, Vice President, The Americas at Tourism Australia, told Travelweek that it’s more important than ever for the travel trade to be receiving accurate information about the situation in real time.

“What we’re doing with this series of updates is making sure that people understand that Australia is very much open for business, and that most tourism regions have not been affected,” she said. “Certainly, there was a misconception about the scale of the fires – Australia is a very big country and our immediate focus has been to get that accurate information out there.”

Whitehead was quick to note that though bushfires are an annual natural occurrence in Australia, this most recent season was “unprecedented”, and of the areas that were partially impacted, including the Blue Mountains and Kangaroo Island, it had a significant impact on local communities and wildlife. 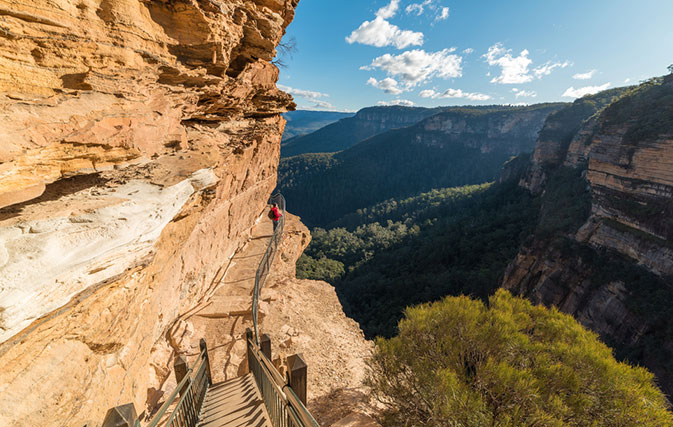 But amid the ongoing news coverage, travellers were quick to assume that all of Australia was on fire. This, added Whitehead, was far from the truth; only 3% of the country was affected, which means 97% remained open to tourists.

“We’ve been trying to counter that misinformation with accurate information. Because people have seen that coverage, it’s had an impact on new inquiries and bookings, so that’s why we’re really focused on supporting the industry and rebuilding that demand,” she said, adding that tourism is critical to the livelihoods of more than 660,000 Australians who work in the tourism industry.

For the most up-to-date information, travel agents and travellers can refer to www.australia.com where they’ll find an ‘Impacted Areas Map’. Updated daily, it clearly highlights which areas in Australia have been partially impacted and which remain untouched by the fires.

This is part of Tourism Australia’s three-stage recovery plan, which includes ongoing crisis management, regeneration, and the alignment of its global initiatives. Recovery efforts are also being spearheaded by Australia’s Federal Government, which last month announced a Aus$76 million bushfire package, $20 million of which will be allocated toward marketing to domestic travellers, and $25 million to a global tourism campaign set to launch sometime between April-June.

“We want to get the message across to our international markets that now is the best time to go – but don’t go just to do us a favour, go because Australia really does offer the best vacation you can have,” said Whitehead.

She appealed directly to Canadians, who she referred to as a very important market. A total of 191,000 Canadians visit Australia annually; for the year to November 2019, the Canadian market was growing at a rate of 7%, while spend was also up 9% in the year to September, to $906 million. 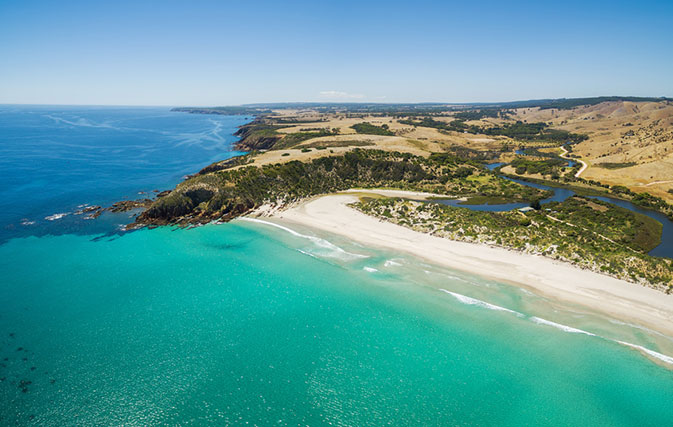 The numbers reflect the “very special connection” between Canadians and Australians, said Whitehead, which is also why Canada was among the first in the world to offer its support.

“We’ve been absolutely overwhelmed as a country and as a tourism industry, and so we’ll never forget Canada sending firefighters to help in the initial response, something that was so very much appreciated,” she said. “And in the initial weeks when the situation escalated, the Canadian travel industry has been very proactive and effective in their communication with clients, providing that reassurance that, in most cases, their travel plans would not be impacted. And for those who booked travel to impacted areas, itineraries were adapted so that they could still go. We understand from industry feedback that this has been really effective in mitigating and minimizing the number of cancellations.”

The kindness and generosity Whitehead has seen from Canada and the global community has made her optimistic for a full recovery. And though it will take years for affected areas to rebuild, splashes of green are already sprouting, a sign of things to come.

“More than ever, we want Canadians to come to Australia to experience the many attributes that make it a great vacation destination, from vibrant cities and amazing wildlife, to exceptional food and wine and warm hospitality,” she said. “We know recent weeks have been very difficult for our tour operator and travel agent partners, so we just want to say a huge thank you.”