BUDAPEST — It took 140 days to transform Uniworld’s River Beatrice into the S.S. Beatrice, renovated from bow to stern for her inaugural, and Travelweek got to see the results on a spring cruise just as the season’s white and pink blossoms were adorning trees throughout Eastern Europe.

Uniworld Cruises launched its fifth super ship last month, taking passengers on a ‘Highlights of Eastern Europe’ sailing along the Danube River from Budapest, Hungary, through Croatia, Serbia, Bulgaria and ending in Bucharest, Romania. All in all the S.S. Beatrice will sail on six Uniworld itineraries in Eastern Europe this season.

Onboard the cruise with Travelweek, CEO and President Ellen Bettridge was part of the S.S. Beatrice’s debut, spending two weeks onboard prior to the first sail, working with the crew to get her ready for passengers. “I saw how much our team cares and how excited and proud they are of the ship,” said Bettridge. She’s also proud to boast that 93% of Uniworld staff return every season.

At the helm of Uniworld Cruises since 2016, Bettridge was previously with Silversea and Azamara Cruises, and appreciates the differences of working with river cruise ships. “It’s more accessible since the majority of our ships are in Europe … and I feel like I am more connected with the brand and the people.”

The Uniworld experience is a unique balance of modern, inviting and comfortable, says Bettridge, which each ship having its own distinctive décor and featuring cuisine inspired by the destinations as well as locally-sourced wine. 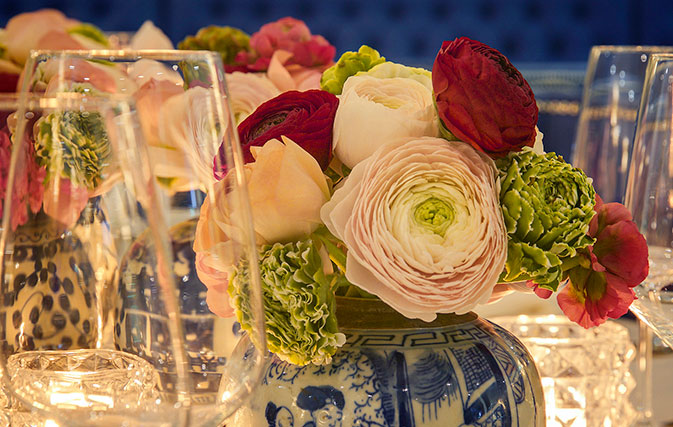 One of the hallmarks of Uniworld Cruises is the art displayed on board, on loan from Uniworld owner the Tollman family’s private collection. On the S.S. Beatrice, guests can view works by Picasso, Signoretto and Calder. 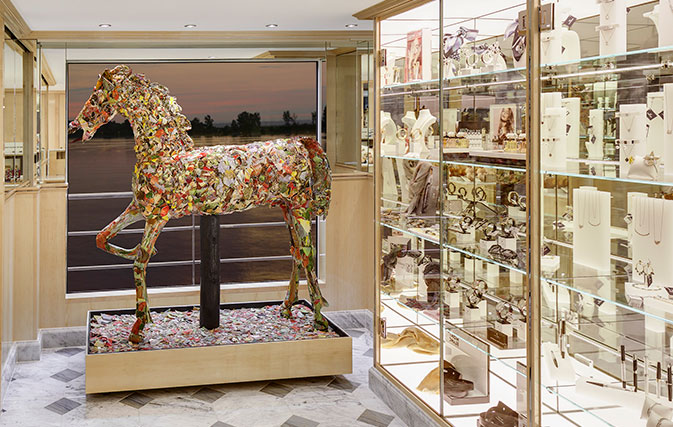 The new décor features light wood, shades of blue, marble floors and mirrored walls, like with the new mid-ship staircase and Murano chandelier. This elegant lobby area includes reception, concierge and gift shop, connects to the stateroom hallways lined with Picasso prints and access to onboard options such as the fitness centre, Serenity Spa, sun deck and Wolfgang’s bar and lounge, where passengers can enjoy libations and evening entertainment such as lectures, dance groups and live music. 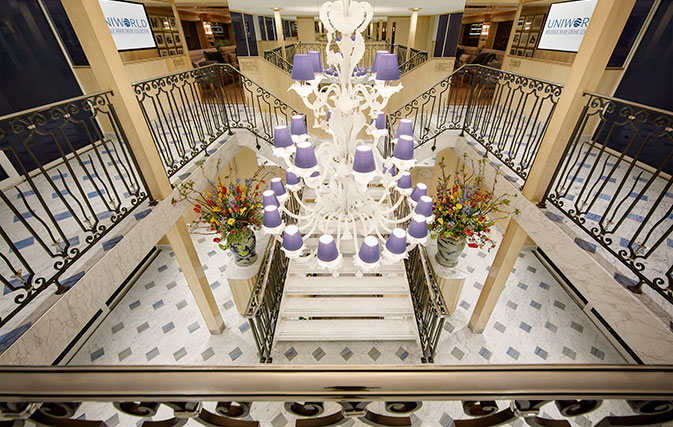 All staterooms have been refreshed with new linens, textiles, furniture and feature Savoir Beds from the UK company of the same name, just like sister brand Red Carnation Hotels. 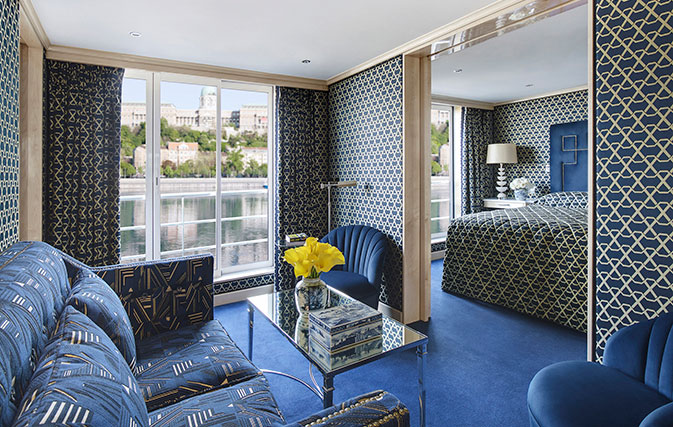 There are now connecting staterooms, a welcome option for families and friends, and the addition of three new suites: two 310 square foot Grand Suites and an Owner’s/Royal Suite, at 390 square feet, with a Matisse displayed on its newly-wallpapered walls. Each room includes details such as refillable water carafes and bottles, candy dishes and fresh flowers. 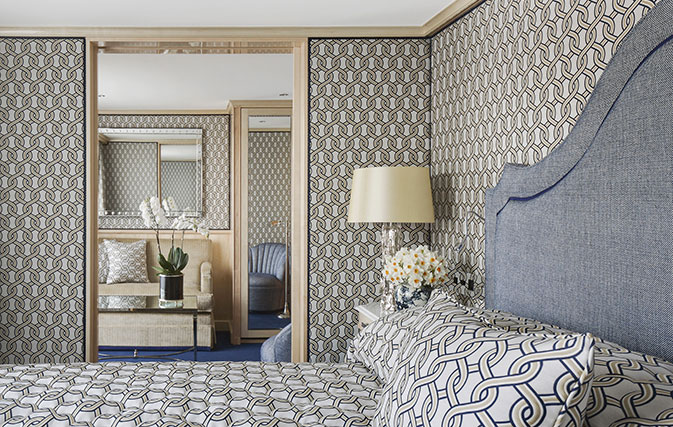 Overseen by Director of Culinary Operations Bernhard Zorn, S.S. Beatrice’s dining options include Mozart’s, the ship’s main restaurant with a menu reflecting seasonal flavours and recipes from Mrs. Tollman herself. 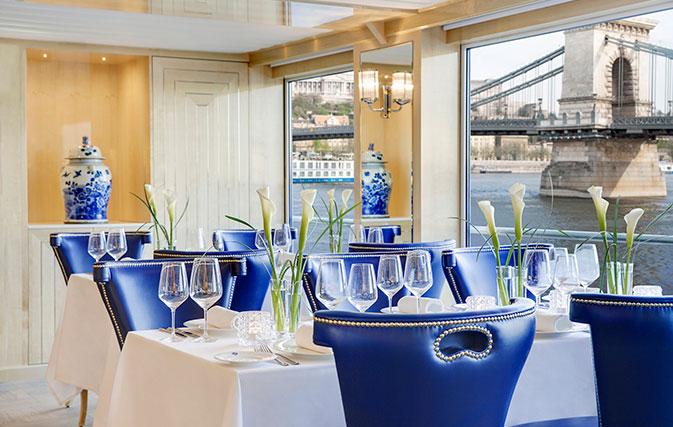 There are also two new dining options: the 18-seat Schubert’s for afternoon tea and Austrian cuisine for lunch and dinner; and Max’s, a steakhouse with its own dry ager (an additional cost of 50 euros for dinner), which is also used for cooking classes. 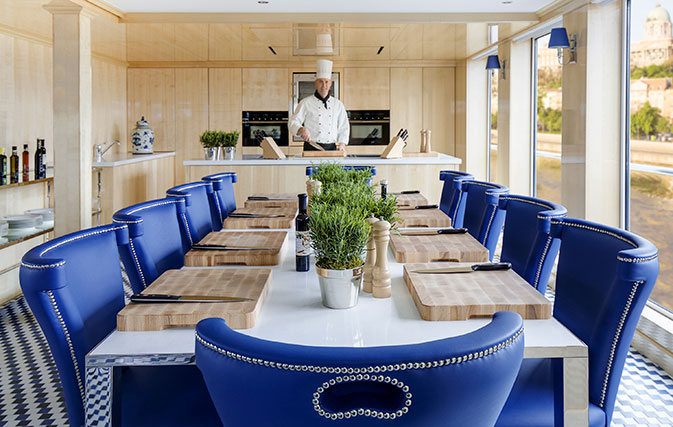 Guests can also choose a progressive dinner option during their voyage (only offered on super ships), an extra-charge experience that enables passengers to dine in different areas of the ship hosted by the captain. 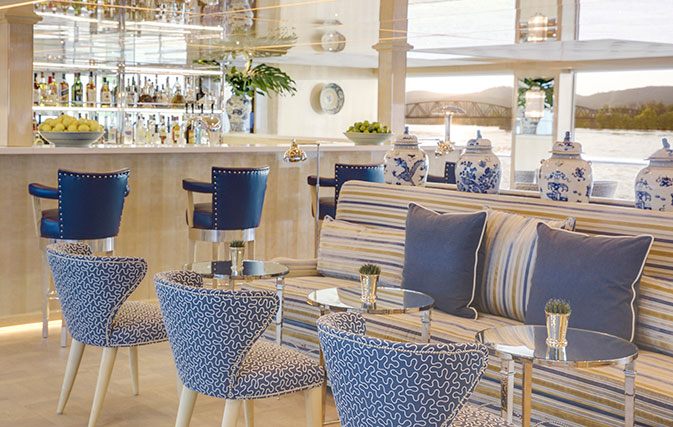 The fertile fields of Eastern Europe are in abundance after a few days spent in Budapest. Highlights include the old town of Osijek, Croatia, one of the most heavily bombed regions during the 1990s civil war, where passengers learn local history and visit an organic farm for a traditional Croatian lunch.

This kind of inclusion is de rigeur for Uniworld tours, which for each port usually includes options for a coach, walking and cycling tour. Bikes are onboard and can be used at any port by passengers. Altogether Uniworld offers 75 exclusive tour experiences for passengers.

The next days are in Serbia, visiting Belgrade with lectures from a local historian to detail the complicated history of the Balkans. The second port makes history as the S.S. Beatrice is the first river cruise ship to dock at the medieval castle of Golubac Fortress. The afternoon is spent sailing through the Iron Gates, the memorable gorge area of the Danube which leads to Bulgaria.

Stopping in Vidin, passengers can hike the rock formations of Belogradchik or visit Port Cetate, a Romanian art and cultural centre while the next day is in Rousse, Bulgaria, nicknamed ‘Little Vienna’ because of its 19th century architecture or hike the nearby hill towns and monasteries.

More news:  “Bear with me as I delve into these files”: Alghabra named Transport Minister

On the last day the ship docks in Giurgiu, Romania and passengers are transported to Bucharest to explore history and the Art Nouveau and Baroque architecture, the last destination on the Highlights of Eastern Europe journey.

Waheeda Harris
A traveller from a young age, Travelweek contributor Waheeda Harris is pop culture obsessed, loves spicy food and is happy to wander around our planet with her camera in hand.