VANCOUVER — WestJet President and CEO Ed Sims said yesterday’s return to the skies of WestJet’s 737 MAX aircraft, marking the first time the aircraft has taken flight in Canada in almost two years, was “an auspicious day after a vast amount of work.”

Speaking at a press conference ahead of a Q&A session with WestJet pilots and executives, Sims said the Calgary to Vancouver flight was “right on time” and carried 71 WestJet guests along with a large contingent of WestJet’s executive team, including Sims himself. 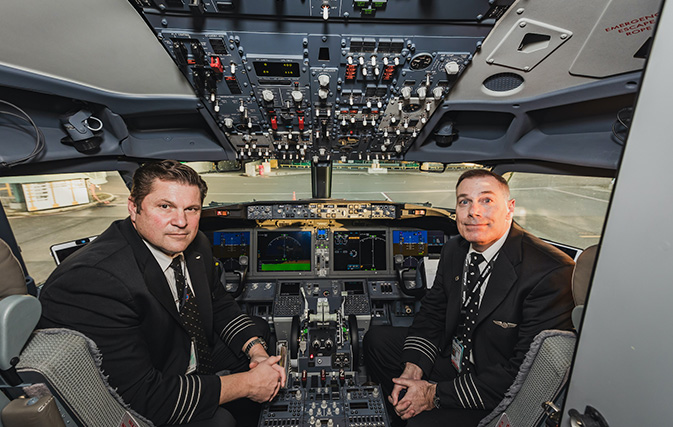 On Jan. 20 Transport Canada lifted the existing Notice to Airmen (NOTAM), which had prohibited the commercial operation of the Boeing 737 MAX in Canadian airspace. This allowed for the return to service of the aircraft in Canada.

Going forward, the 737 MAX on yesterday’s flight, one of many 737 MAX aircraft in WestJet’s fleet, will operate the Calgary-Toronto route three time a week.

In the Q&A season, Captain David Colquhoun, who piloted yesterday’s first flight, and who is also WestJet Master Executive Council Chair, Air Line Pilots Association (ALPA), said “time does not erase the sadness” of the past 737 MAX tragedies. 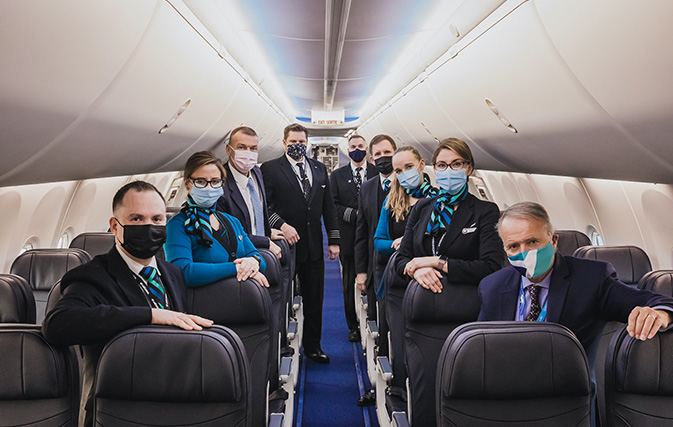 However he says that after almost two years of reviews and operational changes, he has complete confidence in the aircraft. “Boeing has redesigned the system that failed,” said Colquhoun. “We are confident it is a safe aircraft to fly on.”

Captain Scott Wilson, Vice President WestJet Operations, who was also on the flight, added: “The pilot has absolute control of the aircraft at all times.”

Wilson said in keeping with WestJet’s commitment to its guests, WestJet’s passengers scheduled to fly on 737 MAX aircraft will be kept in the loop, and offered added rebooking flexibility if needed. “In true WestJet fashion, we want to be excruciatingly transparent with our guests,” he said. “Everyone will know when they’re flying a MAX.”