Due to recent challenges as a result of public awareness of the health and safety of marine animals in captivity, SeaWorld has refocused efforts on education, making sure it’s just as important as having fun. SeaWorld has made a commitment to no longer breed orcas in captivity. Its new show, Orca Encounter, showcases many fun facts about whales, as well as showing their intelligence. 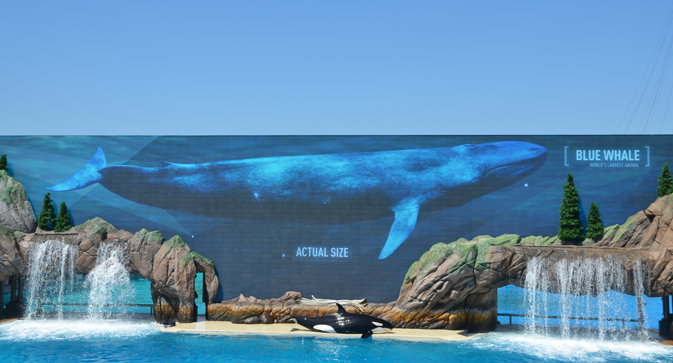 SeaWorld offers many exclusive and back-of-house tours, for visitors to get up close and personal with its marine population, as well as to be transparent about the extensive care for the creatures.

Visitors can tour the SeaWorld San Diego Rescue Centre, which regularly rescues California sea creatures for 144 kilometres along the California coast, from the Mexico border to north of the city.

So far this year, the team has rescued 134 California sea lions, 44 seals and over 400 sea birds. The majority of these animals are cared for at SeaWorld and then released back to the wild, unless prevented by a wide range of factors, as decided by the US Department of National Oceanic and Atmospheric Administration.

SeaWorld currently has parks in San Antonio, TX, Orlando and is in development for a park in Abu Dhabi in 2022. SeaWorld San Diego was the first to open in 1964, and was the brainchild of four UCLA graduates. More than half a century later SeaWorld San Diego is now a mix of aquarium, zoo and sea-themed heart-pumping rides.

In 2014 SeaWorld San Diego renovated its entrance and created Explorer’s Reef, a series of touch pools to allow kids and parents to learn more about sea creatures up close, such as stingrays, conch, bamboo sharks and cleaner fish.

A new addition for visitors ages three to 10 is Ocean Explorer, featuring five rides allowing kids 36” – 42” in height to ride on their own or easily with an adult. The biggest hit is the Tentacle Twirl, a jellyfish-themed swing ride, closely followed by Submarine Quest, an interactive submarine ride and the ability for visitors to see Pacific octopus, California moray eels and Japanese spider crabs in the nearby mini-aquarium. 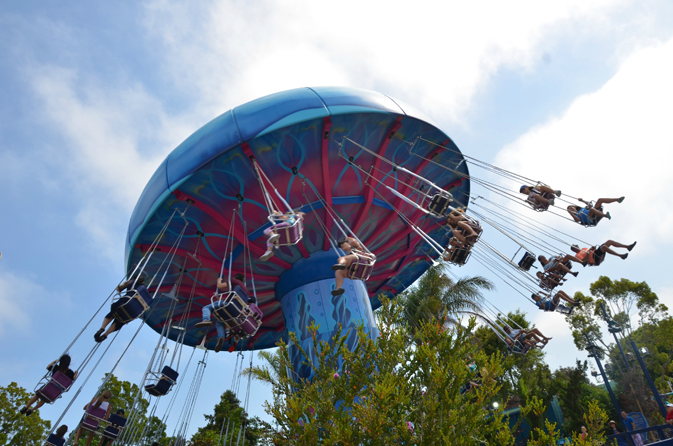 There are a wide variety of marine animals to see at the park: Penguin Encounter features six species including the only Emperor penguins in North America; Turtle Reef for loggerhead, hawksbill and green turtles; Shark Encounter to see sharks in an underwater tube; Freshwater Aquarium for frogs, eel and fish; and Aquaria for its fish and touch pools.

For up close encounters, there’s Wild Arctic for beluga whales and walruses, Otter Outlook with sea otters, Sea Lion Point for seals and California sea lions and Dolphin Point where visitors can meet the SeaWorld dolphin family. For additional costs, visitors can go on tours to meet SeaWorld trainers and marine animals such as penguins, beluga whales and California sea lions.

Benefits for all-day visitors include the All Day Dining Deal (US$35.99 adult, $18.99 child plus tax) which allows entrée or kids meal, side or dessert, non-alcoholic or kids size beverage, once an hour, at over 10 restaurants on property. Allergy-friendly snacks are available throughout SeaWorld San Diego and allergy-friendly meals can easily be found at numerous restaurants.

With summer hours going from 10 a.m. to 10 p.m., families can stay all day, and at night get recharged with the numerous events of the newly-added Electric Ocean, SeaWorld’s evening program. Families can enjoy the Cirque Electrique dance and music performance show, show off their dance moves at Club Current and learn about dinoflagellates and bioluminescence of sea life at Living Glow.

For Canadian visitors to SeaWorld San Diego (as well as to San Antonio and Orlando), there are several discounts on offer from single day visit savings of $38 per ticket ($56.99/$94.99) to saving $7 on tickets to Aquatica San Diego, a water park that is part of SeaWorld Entertainment.