CALGARY — With a record number of 1,840 attendees, Rendezvous Canada 2017 in Calgary was the place to boast about many successes, including increasing visitor numbers to Canada in 2016. As Minister of Small Business and Tourism Bardish Chagger said, “Canada can deliver on any experience.”

Destination Canada CEO David F. Goldstein opened the annual travel trade conference, which took place this year from May 9-12, with words of gratitude for his fellow travel industry partners, saying that tourism is the bright spark in the Canadian economy. Thanks to recent investment from the Federal Government, the low loonie and the marketing successes leading to Canada’s 150th anniversary this year, tourism is important to Canada’s bottom line, currently bigger than agriculture, forestry and mining.

“There is a new spirit and interest in Canada,” said Goldstein, who elaborated on the increases from a wide variety of countries, such as 17% from the United Kingdom, 24% from China, 10% from USA and 12% from Germany. Two markets to watch include Australia, with a 16% increase in 2016, and Mexico, which increased 5% before the U.S. election and the elimination of the visa on Dec. 1, 2016. Also, Mexico had a bump of 70% in visitors in December 2016 compared to December 2015. 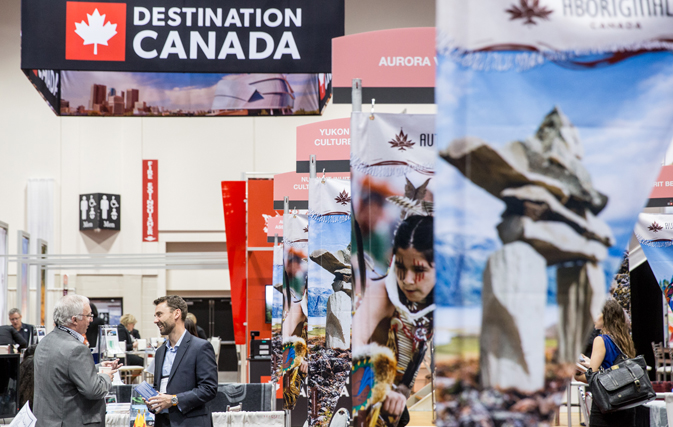 On the trade show floor, Calgary’s white hat hospitality was in evidence, thanks to memorable events such as a mini-Stampede luncheon, a showcase of the city’s annual celebration of cowboy culture and an evening event at recently opened Studio Bell at the National Music Centre. The new facility features five floors of Canadian music history and memorabilia, food and drink from Calgary restaurants, brewers and distillers and multiple performance spaces with Calgary bands entertaining attendees.

With marketing and sales representatives meeting with over 500 buyers from 28 countries here are some of the highlights: