TORONTO — Puerto Rico is an undiscovered gem – for Canadians at least. Discover Puerto Rico is looking to change that by raising the profile of this Caribbean island with Canada’s winter sun seekers. 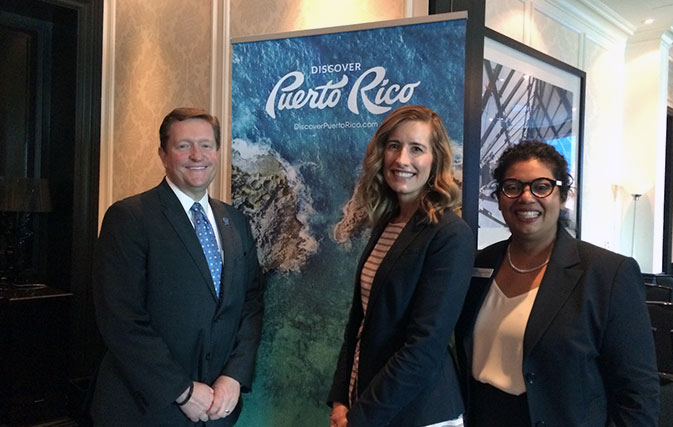 Most Canadians know Puerto Rico, and specifically San Juan, as a cruise port. They might have lingering images of the devastation caused by Hurricane Maria in 2017. And many Canadians might pass over Puerto Rico because of concerns about the exchange rate – it is, after all, a U.S. territory.

Dean knows the island has a ways to go in the Canadian market. But he’s up for challenge.

The numbers are already on the rise. Discover Puerto Rico recently marked its one-year anniversary as the island’s first-ever Destination Marketing Organization (DMO) by announcing a record-breaking year in tourism.

Year-to-date revenue is the highest in the island’s history, with US$445 million reported through May. Puerto Rico received 1.67 million visitors across the San Juan, Ponce and Aguadilla airports in the first few months of 2019, the highest number of airport arrivals in the January-April timeframe in its history.

It’s not just in Canada that Dean wants to raise Puerto Rico’s profile. It’s in the U.S. too. “Half of all our visitors come from just five states,” he said at yesterday’s Discover Puerto Rico luncheon in Toronto.

Puerto Rico’s selling points include its beaches, a culinary offering that will tempt any foodie (with 4,000 restaurants island-wide), and its outdoor adventure attractions, including the longest zip line in the Americas.

Puerto Rico is also a historical treasure trove and much of that culture and history will be celebrated in 2020 with the 500th anniversary of the founding of San Juan.

Getting to Puerto Rico is now easier than ever, adds Dean, with flights with both Air Canada and WestJet. Dean hinted that more lift will be announced in the coming weeks. “We are very anxious to see that service increase,” he said. Entry requirements for Canadians heading to Puerto Rico are the same as coming across the border into U.S., he added. “We think that given the ease of access, Puerto Rico can and will become the gem of the Caribbean for travellers coming from Canada.”

Discover Puerto Rico’s Chief Marketing Officer, Leah Chandler, notes that Puerto Rico is welcoming to everyone, including the LGBTQ community. “The Caribbean is not known for being the most inclusive region for LGBTQ travellers. But Puerto Rico is very welcoming and same-sex marriage is legal in Puerto Rico.”

Not only is Puerto Rico celebrating San Juan’s 500th anniversary in 2020, it will also be front and centre in Steven Spielberg’s reimagining of the classic West Side Story, set for a 2020 release.