TORONTO — The Greater Miami Visitors and Convention Bureau hosted an intimate group of travel agents at Toronto’s Westin Harbour Castle Hotel to discuss the latest news on tourism development from the largest city of Florida.

Linda Stillmann, Senior Director of Sales for the Greater Miami Convention & Visitors Bureau, welcomed 90 GTA travel agents to learn about the numerous tourism development projects in Miami, such as the expansion of Museum Park, increasing transportation options for visitors and many new boutique and luxury hotels.

The 30-acre Museum Park, located in the heart of Miami, includes the recently-opened Perez Art Museum Miami (PAMM), a contemporary art museum formerly known as the Miami Art Museum, relocated to this cultural area. The neighbourhood will soon include the Patricia and Philip Frost Museum of Science, to be opened in 2016, which will include an aquarium. At the nearby Port of Miami, the new Carnival Vista will arrive in 2016 and MSC Cruises will debut a new ship here in 2017.

Stillmann spoke about All Aboard Florida, an in-progress transportation project to connect Orlando to Miami via rail. Including stops at Fort Lauderdale and West Palm Beach, the route will be three hours, an hour less than by vehicle, featuring 16 roundtrips per day with complimentary WiFi and to be launched in 2017.

Other highlights include the modernization of the Miami Beach Convention Center, a US$500 million project to update the building and add an 800-room hotel, to be completed in 2018; the opening of the Brickell City Centre in 2016, a US$1 billion mixed-used project with extensive shopping and the new EAST, Miami Hotel from Hong Kong-based Swire Hotels, its first hotel property in the United States. Another new to Miami property is Faena Hotel Miami, a Brazilian-based hotel chain, opening its first hotel property in the U.S.

Presenters did the round table speed dating routine, explaining to each table about new and established hotels in Miami. Kimpton Hotels’ Marie Jacq Lopez extolled the virtues of this popular accommodation chain in the heart of the South Beach party zone while Monica De Gouveia of the Courtyard Miami Beach Oceanfront talked about the budget-friendly amenities for families found at their popular beachfront property.

Another unique boutique property is The Hotel of South Beach, part of Goldman Properties, with general manager Neil Blakemore on hand to explain the contemporary amenities of the hotel designed by fashion designer Todd Oldham and its ties to the nearby Wynwood Arts District, the up and coming cultural neighbourhood of Miami. Other historic hotels that offered information on their South Florida style include Carillon Miami Beach, Hotel Marseilles South Beach and Dorchester South Beach. 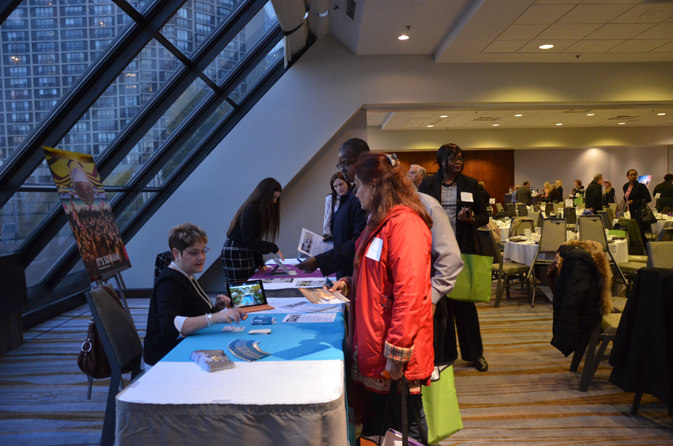 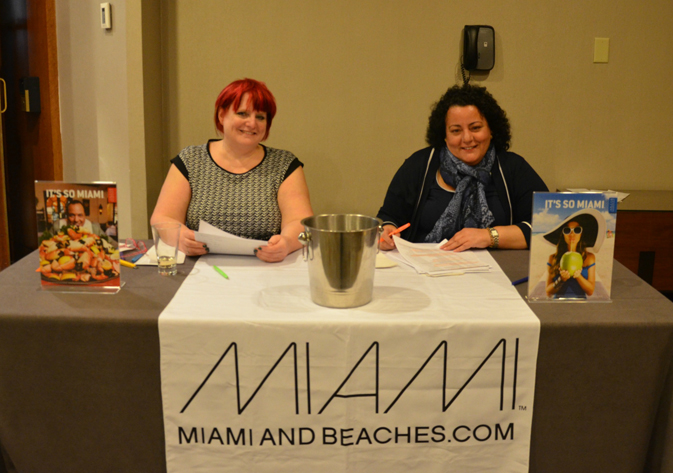 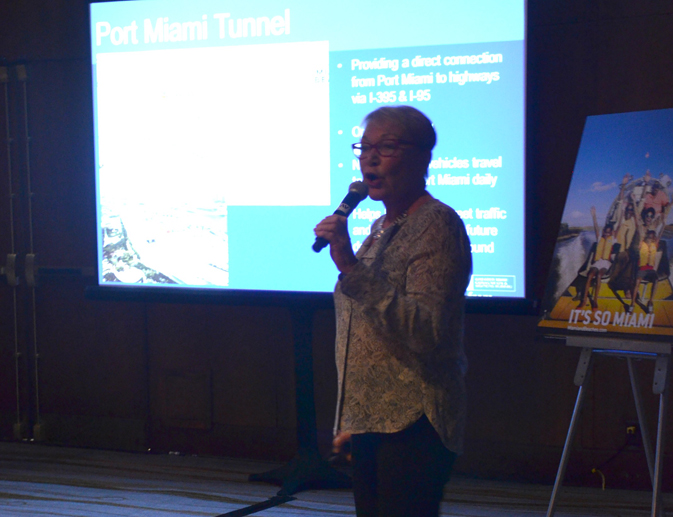 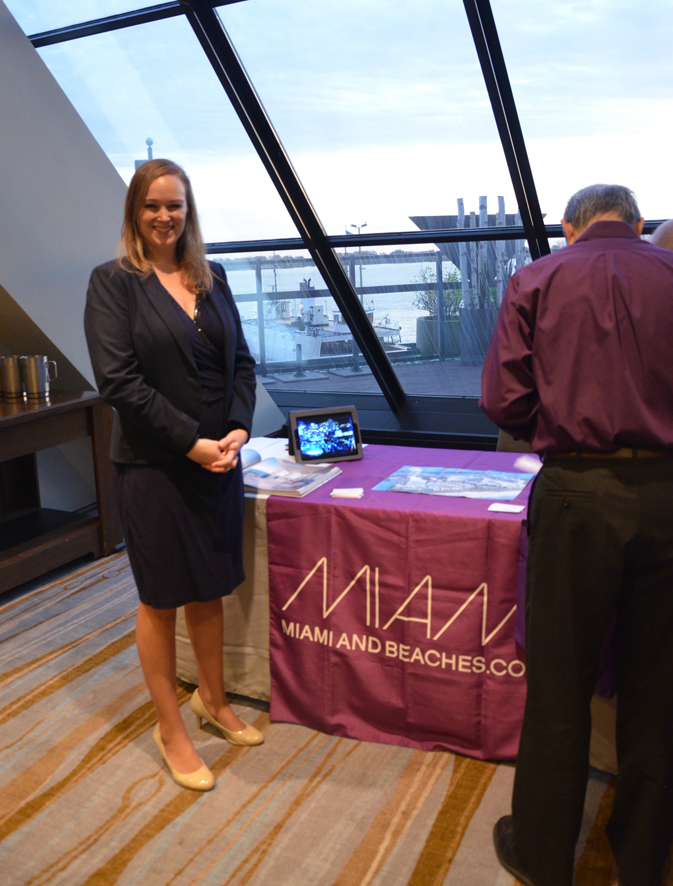 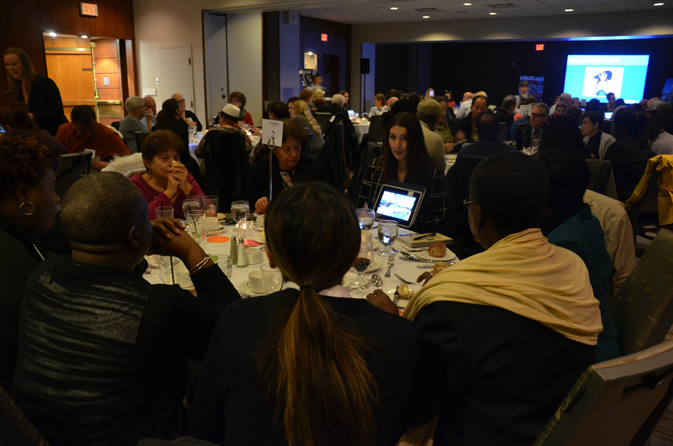 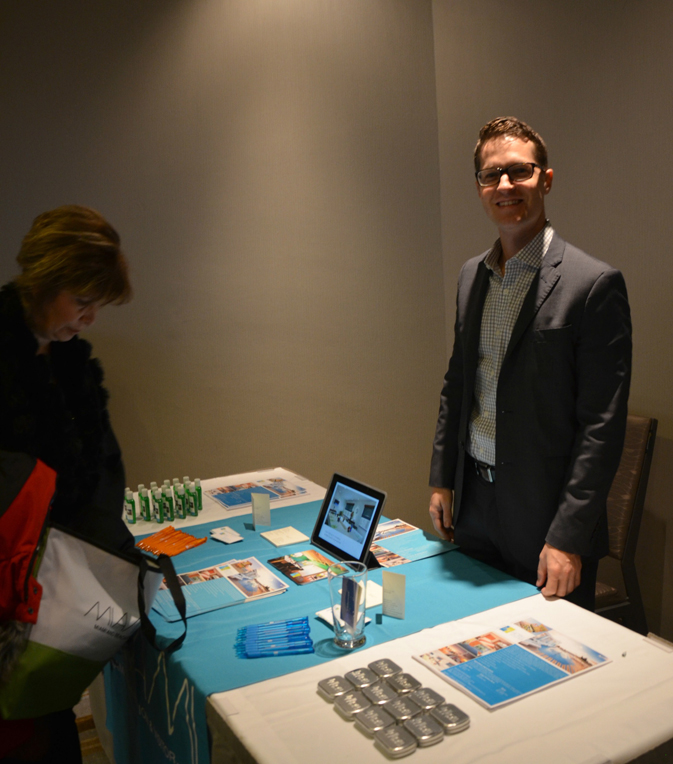