Kempinski to open third hotel in Cuba, coming in late 2019

HAVANA — Kempinski Hotels has further expanded its presence in Cuba with the signing of its third hotel on the island. 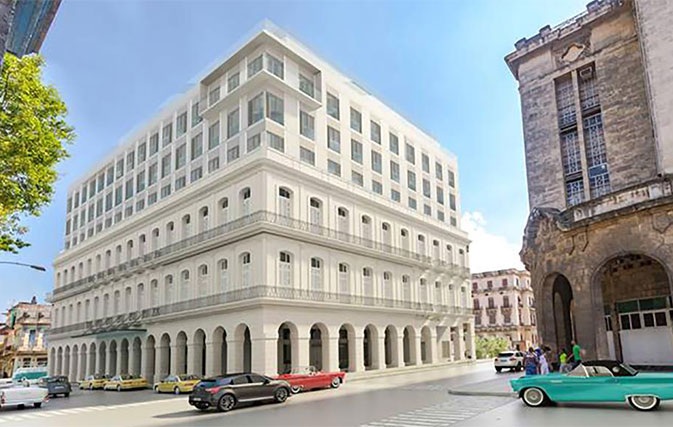 Located one block from the Capitolio and only two blocks from the Gran Hotel Manzana Kempinski, the new hotel is a full restoration of a 100-plus-year building and former hotel where, in the 1930s, Cuban traders enjoyed a unique ‘one-day-free’ stay. It was also known for being ahead of its time, offering such oddities (for the time) as private bathrooms and telephones in each room.

Today, its 162 rooms and suites, including the Presidential suite, boasts contemporary décor and all the modern comforts of home. Guests can also enjoy five restaurants and bars, two boardrooms and a gym, not to mention a rooftop infinity pool from where they can take in panorama views of the historic Old Town.

“Converting another Havana landmark with an impressive history into a contemporary hotel full of luxury and elegance will strengthen our importance in this part of the globe,” said Martin R. Smura, CEO of Kempinski Hotels and Chairman of the Management Board. “Gran Hotel Bristol will be an appealing place to stay for the modern traveller right in the heart of the pulsating city of Havana.”