Fun, hip & not for everyone: Why Virgin Voyages is banking on being different

This story originally ran in the August 9th, 2018 issue of Travelweek magazine. To get Travelweek delivered to your agency for free, subscribe here.

TORONTO — Every captain needs a first mate. And at Virgin Voyages, the adults-only cruise line set to debut in 2020, its second-in-command will be none other than travel agents.

In an exclusive interview with Travelweek, Tom McAlpin, President and CEO of Virgin Voyages, says that the company loves the travel trade, “so much so that we renamed our travel agents First Mates.”

A number of trade-focused initiatives will be included in the line’s rollout over the next year, like a First Mates website and an expanding sales force that will educate front-line agents starting next month.

“We have a very detailed plan in place with the trade in the U.S., Canada and the UK,” he says. “We’re starting a new brand, a whole new company, so we’re not going to be picking and choosing how we’re being sold. We’re going to open up the trade, and we’ve built an organization around that.”

Canada, adds McAlpin, is a “great market”, one with a high net worth, with people who like to take vacations and travel to Miami, where the line’s first ship, the Scarlet Lady, will sail out of starting in 2020. While a specific launch date has yet to be confirmed, McAlpin notes that the launch will take longer than a typical cruise ship.

“This isn’t just the launch of another ship out of the fleet, this is launching a whole new brand. We’ll be very cautious about rolling this out slowly, and we’ll have soft openings just to make sure we get our product right,” he says.

The Scarlet Lady, which shares the name of one of Virgin Atlantic’s earliest aircraft, will sail out of the Port of Miami on Caribbean itineraries, although specific ports and destinations have yet be announced. McAlpin does, however, imply that the company’s presence in the Caribbean will be widespread. 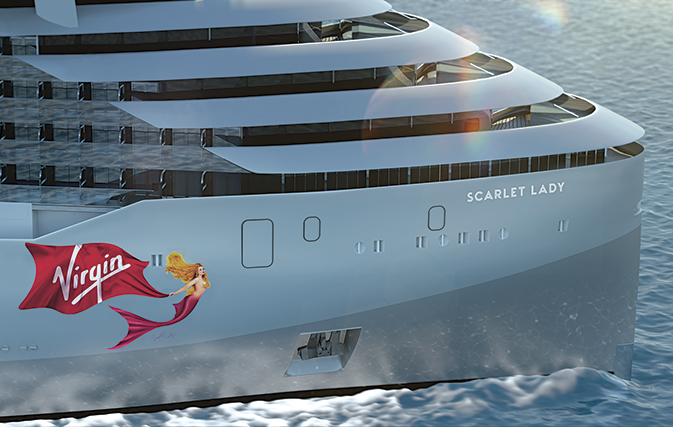 “We’re looking at a lot of different options, all over the Caribbean, including a longer cruise market and potentially a shorter one,” he says. “We’re getting ready to make these decisions, there’s more to come in the next three months.”

What we know for sure is that come launch time, the Scarlet Lady will stand out amid a sea of other cruise ships for its “cool” factor, something that’s already driving the success of Virgin’s hotel, airline and other sister companies. Virgin Voyages, which currently has three ships on order (Scarlet Lady in 2020, and another two in 2021 and 2022, each accommodating 2,700 passengers), is being billed as a boutique-style cruise line for the “young at heart”. And the fact that it’s adults-only is what will give it its “fun and hip quality”, says McAlpin.

“We don’t think of this as just for millennials or just for the older generation. We think of this as for the young at heart who want a premium experience, one that doesn’t involve children,” he adds. “With children, you can’t provide that romantic, cool quality from a food and beverage and entertainment perspective. You can create a much more elevated experience by being adults-only.”

However, this wasn’t always the case at Virgin Voyages. When the company was still in its conceptual phase, it originally planned to welcome families. But according to the feedback it received from moms in particular, parents weren’t interested in bringing their kids into an environment that was primarily for adults.

Vanessa Lee, President and CEO of Cruise Strategies Ltd., calls it a “logical move” for Virgin, which is already known for its “edgy and disruptive focus”.

“They can really make this a sexy brand with eye-catching appeal that’s most suited to an adult audience,” she says. “There are very few adult-only lines and with Virgin’s overall reputation across its many business models, I think it’s probably the logical choice.”

As such, Lee suggests that agents pitch the new line as a “mainstream to upscale, contemporary brand” suited for people from their mid-20s to mid-50s and even above, depending on the client.

“I feel they will have a pretty broad reach and appeal to those who like great service, slightly edgy décor and a host of dining options. A more modern take on cruising that some brands like Royal Caribbean, Celebrity and Norwegian are implementing,” she says. 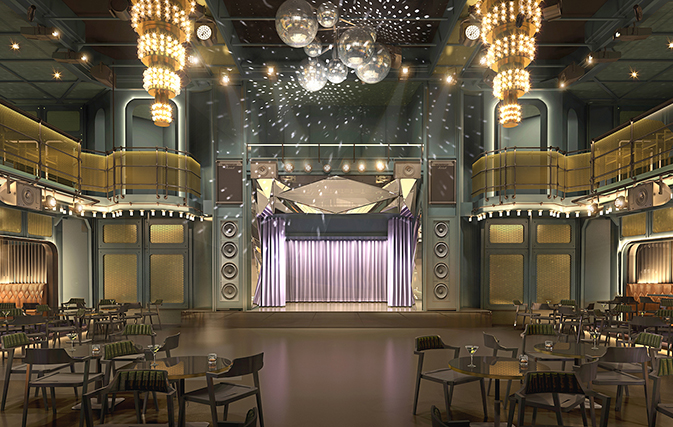 But Lee also warns agents against pigeonholing the company in its early stages. “We must always be careful not to peg a cruise line to a guest any time, especially before seeing the first ship.”

All uncertainties aside, Virgin Voyages will surely benefit from piggy-backing off an already trusted name in the travel industry; among its many entities, the Virgin Group includes Virgin Holidays in the U.K., Virgin Atlantic, which recently signed a joint venture agreement with Air France-KLM, and Virgin Hotels, slated for major expansion in cities like Edinburgh, San Francisco, New York and Las Vegas following the 2015 debut of its first-ever hotel in Chicago.

And although every Virgin business is independently owned and treated as such, McAlpin says there’s value in being able to work together.

“We will work closely with Virgin Atlantic, Virgin Holidays and Virgin Hotels,” he confirms. “They get value from working with us and vice versa. So clearly, we will drive synergies with these sister companies.”

Now with a cruise line under its belt, the Virgin Group is well positioned to become a one-stop shop for all travel-related needs. But does this necessarily guarantee the success of Virgin Voyages in Canada?

Lee thinks the brand will be well received by Canadians, particularly the new-to-cruise market and millennials, and gives high marks to the company’s U.S.-based sales team, which she personally knows and thinks highly of. “They’re very agent-friendly and focused, and I am sure they realize the market potential that Canada has and the ease in which we can get to South Florida where their initial cruises will sail from,” she says. 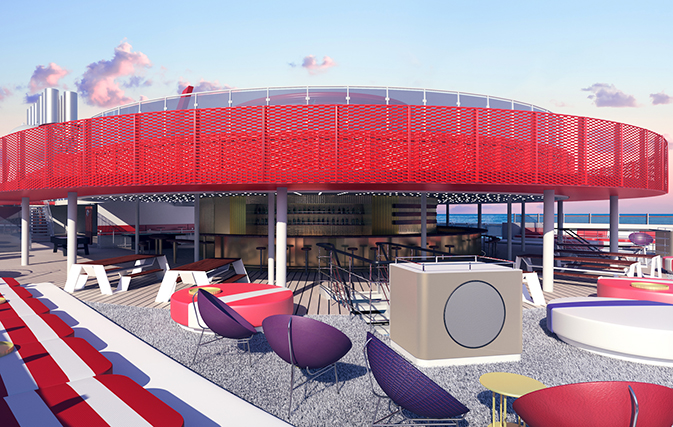 But even though Canada holds vast selling opportunity for the new line, McAlpin knows that the cruise line won’t appeal to everyone. In fact, it’s actually counting on it.

“When you try to appeal to everyone, you don’t really focus on any one particular group. We think this creates an opportunity for a boutique player like us to come in and say, ‘Hey, we’re different’,” he says, adding that everything about Virgin Voyages will be unique, from the size and look of its ships to the entertainment, crew uniforms and the design of its cabins.

“Frankly there’ll be some people who don’t like the product, but that’s okay. You’re not going to appeal to everyone by being different, but there’ll also be a lot of people who’ll really love us and that’s what’s important.”