WURZBURG — It’s a rather unusual pursuit, coming off a European river ship. Strolling through the streets of scenic Wurzburg on the Main River, our small group winds our way toward a rather lofty goal: the city’s famous hilltop, 12th-century castle. “It remains relatively unexplored, mostly because it’s hard to get to,” our guide, Florian Brunn, explains.

Soon, I see what he’s talking about. Digging into the paved path, we begin to ascend and I try to act cool as my heart begins to pound and a light sheen of sweat pops on my brow. “Most people who see it, only do so from the sun decks of river ships,” says Brunn with a light German accent, encouraging me as I lay my foot onto the bottom step of a staircase that disappears into a small hillside forest – and, to my eye, seems to stretch to the sky. 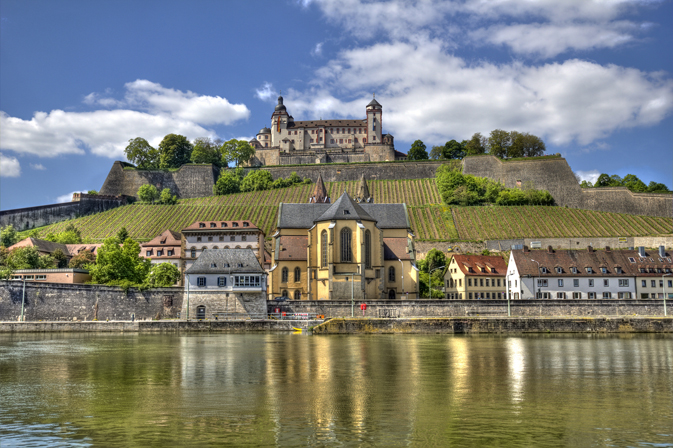 I’m on board the Avalon Expression, one of Avalon’s fleet of 18 river ships plying the waterways of Europe and Southeast Asia. Seeking a younger demographic (the current, typical age of a river cruiser is around 65), Avalon has introduced a new type of itinerary, called Active Discovery cruises. They debuted this year on the Danube (sailing nine days between Linz and Budapest) and will be rolled out next year on the Rhine (eight days between Amsterdam and either Frankfurt or Wiesbaden in Germany). Itineraries differ from traditional Avalon cruises, offering shorter sailing times and more time to explore in port, as well as different ports of call.

Supported by a North American ad campaign that features an attractive, young-ish couple navigating adventurous paths before flopping on the bed of their Panorama Suite, these cruises offer options for deeper discovery. My sneak peek took me along the Rhine and Main from Amsterdam to Nuremberg. Each day on an Active Discovery itinerary, cruisers are offered three tour options – the usual, classic excursions, plus an active choice (hiking, biking) and a discovery option (a culturally rich, immersive experience). It’s Avalon’s fastest growing category, and the company is already seeing younger cruisers and multi-generation groups on these Active Discovery voyages.

On the second day of my cruise, I experience a ‘discovery’ option, walking a few blocks from the ship to an art studio called Ateliers Westerdok, where I’m welcomed with tea, Dutch apple pie, stroopwafels – and a lecture on, arguably, this country’s most famous artist. Showing our small group some of his early work, which depicts the streets of this city, instructor Sanne Verdult told us, somewhat ambitiously, “You have everything you need to make your own Van Gogh today.” 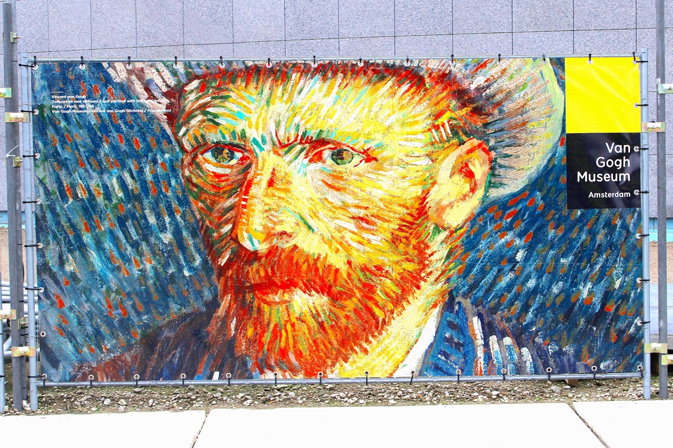 Van Gogh, I am not – and my efforts on the canvas demonstrated that clearly for all of those willing to take a look at the work my brushstrokes produced. Verdult gave us some practical instruction on our use of colour (cool versus warm) and other techniques, like the use of shadows to give texture, then presented a choice of still-life muses. I went for a flourishing plume of flowers, slathering acrylic paint in a tangential interpretation that only somewhat resembled the beauty before me.

But, it felt good – to have brush in hand, creating an artwork (of sorts) in the country that produced Van Gogh, and Rembrandt, and so many others. Rather than just seeing their masterpieces in the Rijksmuseum, I was creating, and so was everybody else around me. Half the fun was walking around and seeing the other canvases, and how my fellow-painters had interpreted the items before us. 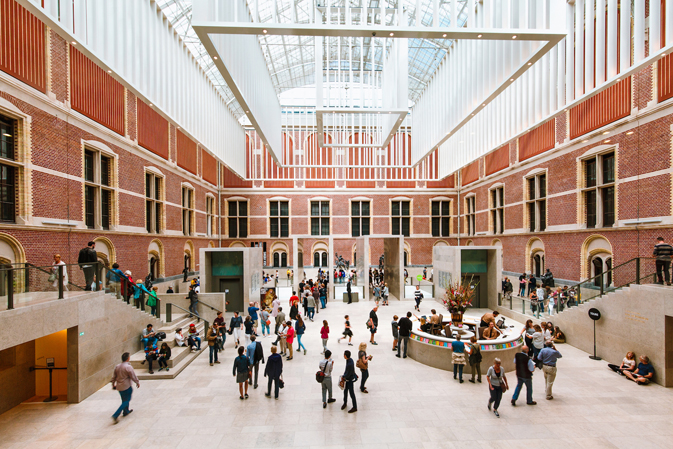 The active discovery continued as we rolled down the river. In Rüdesheim, a place famous for its Riesling, we rode a cable car to a hilltop, then, led by a local winery owner, hiked back to town through the vineyards, stopping for a tasting from the back of a truck halfway down.

In Bamberg the group wound through the streets of that scenic town on bicycles. In Cologne, we went off the beaten path with an immersive neighbourhood tour, the guide leading through the funky, quirky charms of the Belgian Quarter, a favourite part of the city for locals to shop and drink, and almost entirely unvisited by tourists. 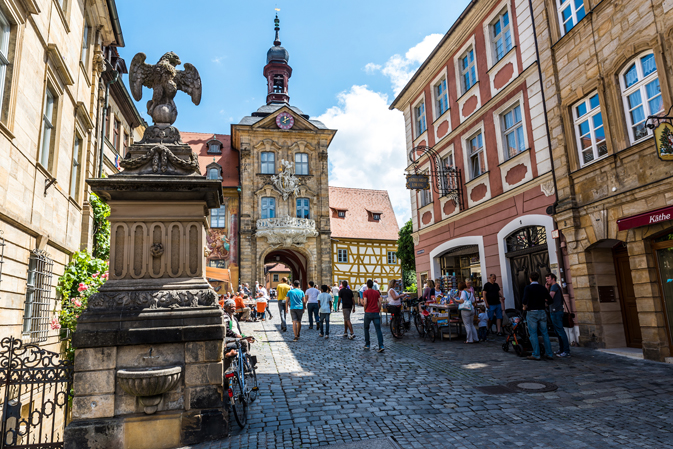 And while we could have augmented our healthy activities by dining on Avalon Fresh – a menu created exclusively for the company by the chefs at Wrenkh, a Michelin-starred vegetarian restaurant in Vienna – we instead opted for the decadent, multiple courses at the small Panorama Bistro near the bow of the ship.

And, of course, in Wurzburg, we hiked toward the sky. Actually, as luck would have it, the path soon evened out and took us right through the thick walls of the castle, which dated all the way back to 1168. Luxuriating in the space – we were practically the only ones there – we toured the sumptuous, well-guarded home of prince bishops from the 12th to the 18th centuries. And then I descended, again, through vineyards, feeling a little smug that I’d seen something special – and indeed, a place that few will ever have the chance to experience.