Cowboys and culture with Dallas & Fort Worth as cities defy expectations

Certainly the NFL’s Dallas Cowboys at AT&T Stadium are a top draw even for non-sports fans, and Southfork Ranch still gets its share of visitors despite the fact that TV hit ‘Dallas’ has been off the air for almost 30 years.

But while Dallas is certified cowboy country, it’s now also home to the biggest arts district in the U.S., the Dallas Arts District, with everything from the Dallas Museum of Art, to the very popular (especially with families) Perot Museum of Nature & Science, to the Dallas Theater Center. Just opened, there’s also the Dallas Holocaust & Human Rights Museum.

The city has a thriving downtown, and Thompson has seen the changes first-hand. “When I first moved to Dallas almost no one lived downtown,” he told media at yesterday’s Visit Dallas & Fort Worth event at the AGO. “That has dramatically changed.” 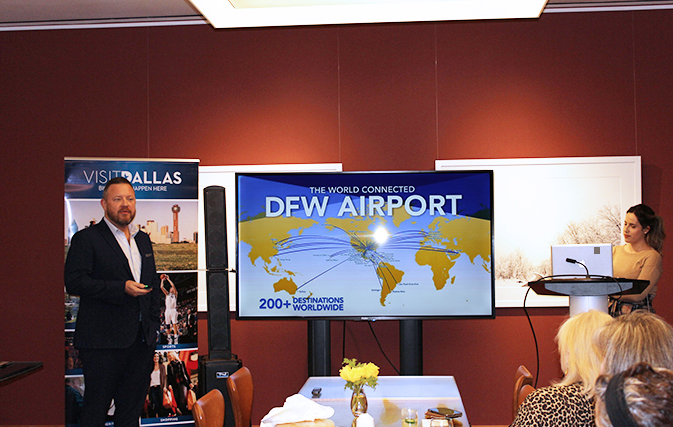 There are plenty of attractions now in downtown Dallas, and there are new hotels too. One of only four Virgin Hotels properties in the U.S. will open in Dallas this December.

Plus, with the Dallas City Pass, visitors can get access to the Perot Museum of Nature & Science along with the Reunion Tower GeO-Deck (i.e. the big sphere that dominates the Dallas skyline), The Sixth Floor Museum at Dealey Plaza and the Dallas Zoo or the George W. Bush Library and Presidential Museum.

Dallas offers “tremendous value to Canadians,” says Thompson. “Compared to cities like New York City, L.A. and Chicago, there’s a lot of bang for the buck in Dallas.”

The city has changed so much, he adds, that “if you haven’t been to Dallas in the past five years, it is a completely different place.”

The same is true for Fort Worth, less than an hour’s drive west of Dallas. Both cities are defying expectations and broadening their appeal to travellers, especially from Canada.

The lively Fort Worth is starting to get the kind of attention typically reserved for Texas’ quintessential hipster city, Austin.

That might be surprising news to anyone whose knowledge of Fort Worth begins and ends with the twice daily cattle drives through Fort Worth Stockyards, at 11 a.m. and 4 p.m.

The cattle drives are still a hit with visitors, but new offerings in the city are proving just as popular. Art and live music venues in Fort Worth are drawing crowds, and not surprisingly, so is the craft BBQ scene.

Fort Worth also has the Fort Worth Ale Trail, the perfect complement to Dallas’ famed ‘Margarita Mile’. Visitors can sip and sample their way through both cities, to experience a side of these destinations that goes against every stereotype.

“We like to say ‘We’re the Texas You Want’. We’re cowboys and culture,” says Ryan Oliver, Destination Strategy Manager, Visit Fort Worth.

Canada, adds Thompson, is a “huge market” for Dallas-Fort Worth. “We continue to see great growth from this market.”