News Cruise
Back to Cruise Articles

But even he was struck by the sheer grandeur of Carnival’s brand new flagship, Mardi Gras. 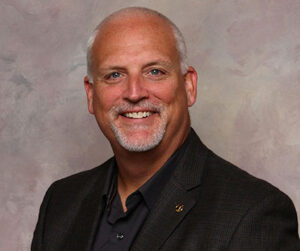 The numbers are impressive enough: at 180,000 tonnes Mardi Gras is the largest Carnival ship ever constructed and more than 6 times the size of its namesake, the original Mardi Gras, which entered service in 1972 as Carnival’s very first ship and started the wave of cruise vacation popularity in the U.S.

The brand new Mardi Gras also has the most suites of any Carnival ship, a total of more than 180 of varying size and locations. More than 70% of the ship’s staterooms feature an ocean view or balcony. And good news for large families and groups: there are 300 pairs of connecting staterooms.

But it might be the ship’s ‘firsts’ that are most newsworthy. They range from the environmentally conscious – Mardi Gras is the first cruise ship in the Americas powered by eco-friendly Liquefied Natural Gas (LNG) – to the fun. As passengers young and old will attest, Mardi Gras’ BOLT is now the very first roller coaster on a cruise ship.

Put simply, “the addition of the Mardi Gras to our fleet is definitely a game-changer for Carnival Cruise Line,” says French.

Travelweek caught up with French after his August 2021 cruise onboard Mardi Gras. The ship set sail for the first time with Carnival guests just a few weeks ago, sailing out of Port Canaveral for a series of sun itineraries that include San Juan, Amber Cove and Nassau.

First, French spelled out the headline highlights: “While Carnival has long been known for our friendly service, vast array of food options and that social fun atmosphere, Mardi Gras offers so much more. In addition to 20 new stateroom categories, 6 distinctive themed zones and the first roller coaster at sea, she is also the first ship to enter service in North America propelled by eco-friendly Liquified Natural Gas.” 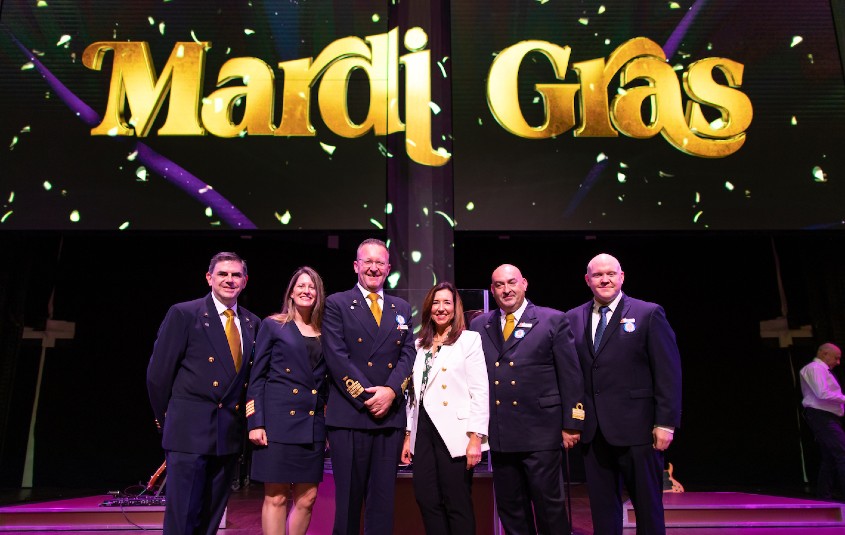 Next, he talked about what made Mardi Gras such a special ship for him. “My favourite specialty restaurant was Rudi’s Seagrill and my favourite entertainment option (other than the various live musicians throughout the ship), had to be the first seagoing version of Family Feud,” French told us. 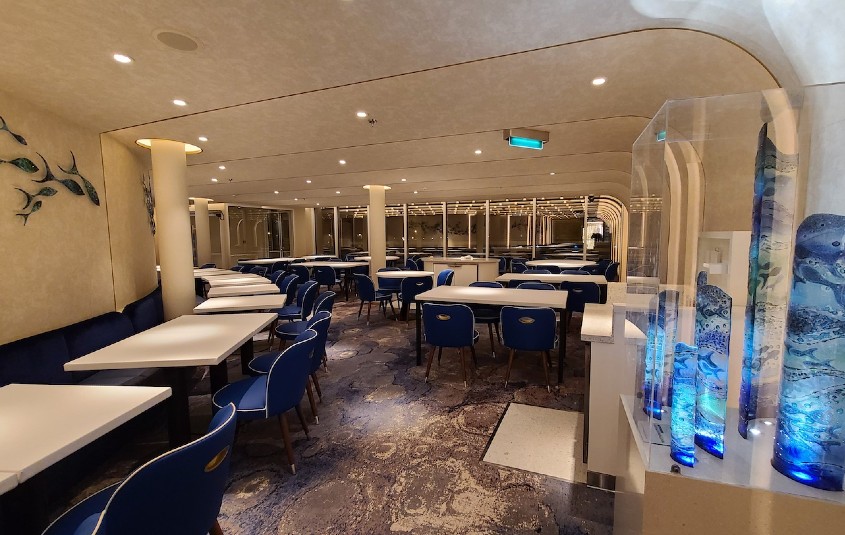 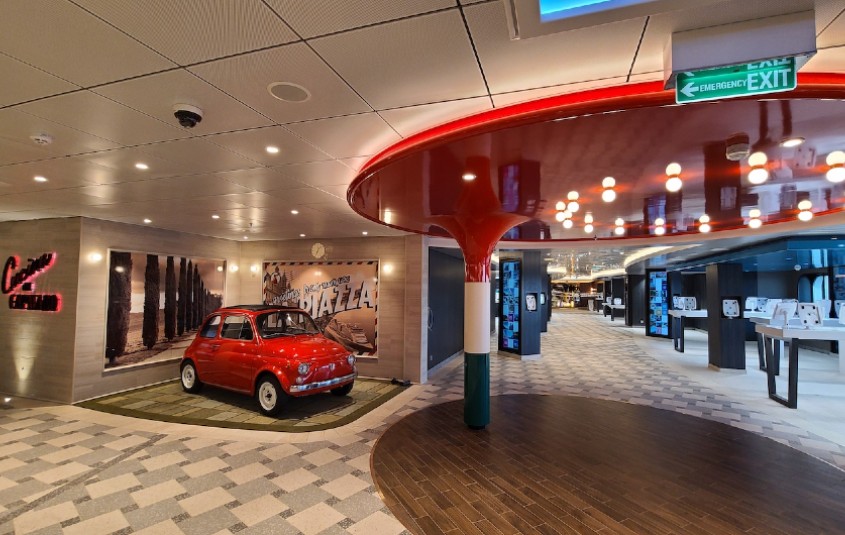 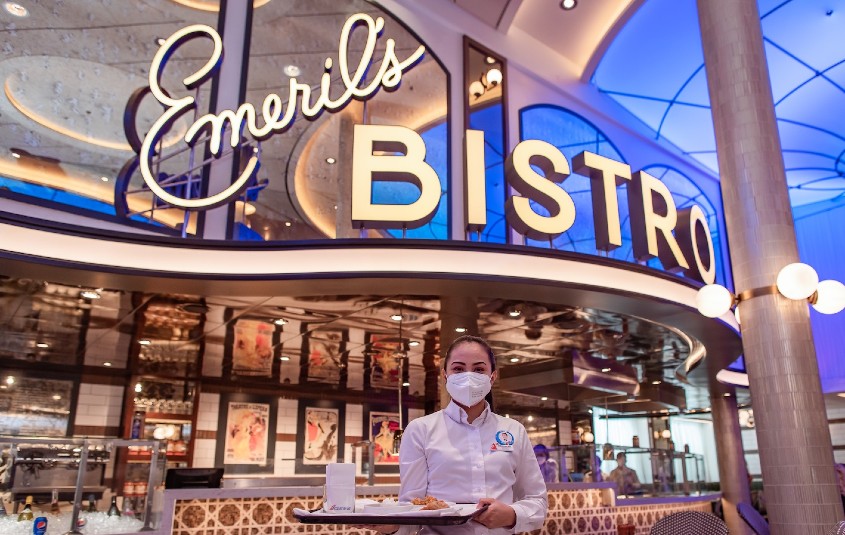 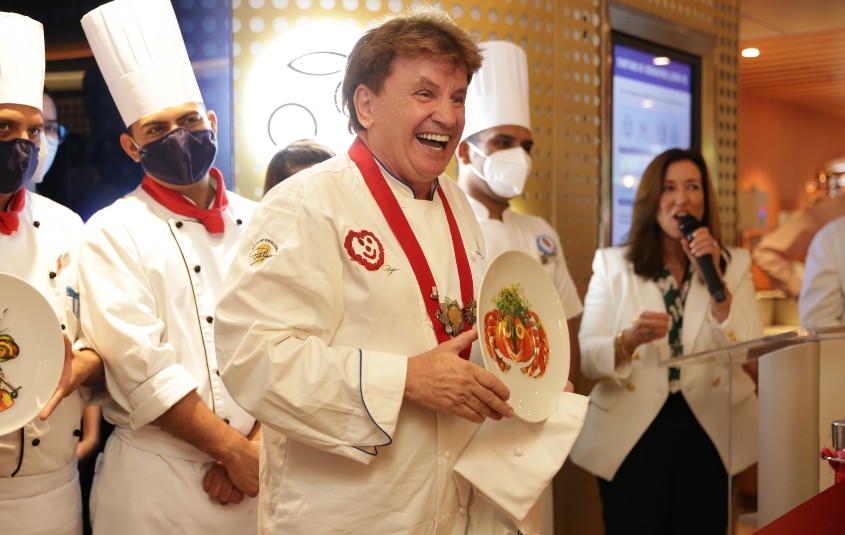 That mix of retro fun and modern styling is a hallmark of the entire ship. Says French: “Once aboard, I quickly noticed that some of the public spaces paid homage to the original Mardi Gras from 1972, however at the same time the ship felt bright, spacious and nothing short of spectacular.”

Mardi Gras has all the characteristics of a Carnival ship, adds French, “and yet at the same time is very different.”

All that space onboard the ship is a boon in these days of social distancing. But while the ship is Carnival’s biggest, there’s no problem for passengers finding their way from venue to venue. “The guests who I spoke to said that even as big as the ship is, they found it very easy to navigate after being onboard only a day or two,” says French.

And the best part? “Whether you want to be adventurous and try the roller coaster, do the zip line, or just chill by the pool in (adults-only retreat) Serenity on a sea day, there is definitely something for everyone.”