NEGRIL — Kicking off the summer season in style, Karisma Hotels and Resorts has opened the doors to its newest island hotel, Azul Beach Resort Sensatori Jamaica by Karisma.

Located on Seven Mile Beach in Negril, the contemporary ocean-view suite resort was officially feted by friends, colleagues and several Jamaican VIPS including Prime Minister Andrew Holness, Minister of Tourism Edmund Bartlett and John Lynch of the Jamaica Tourism Board. 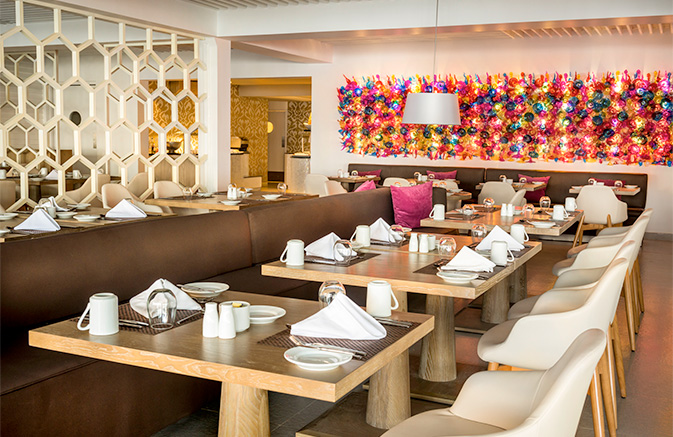 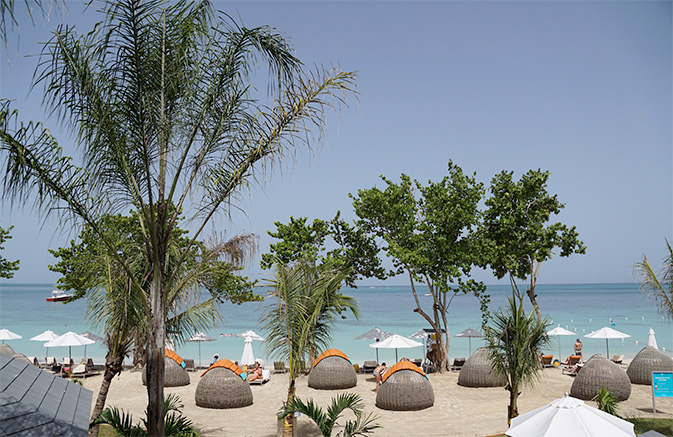 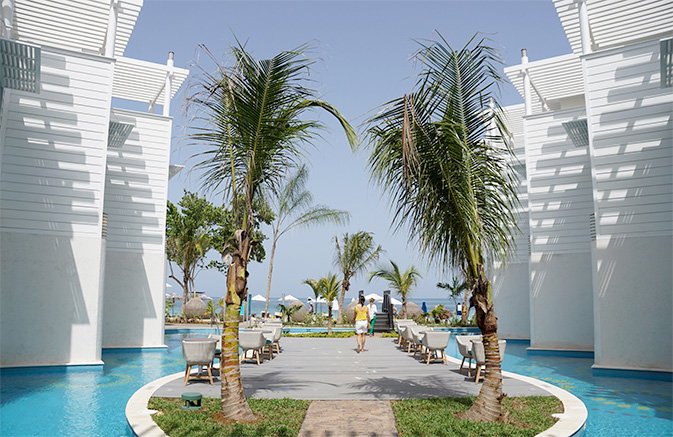 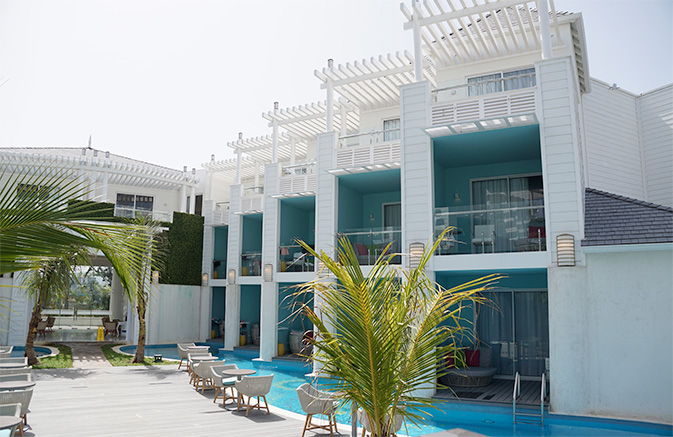 Prime Minister Holness stated that ongoing investment by his government in infrastructure will support continued growth of Jamaica’s tourism industry. “For the first time ever, the Caribbean has welcomed 29 million arrivals,” said Holness, “and with our continued growth, we have been welcoming 3.5 million visitors to Jamaica in the past year, and hope to increase the number, setting a target of five million visitors by 2021.”

Holness added that Jamaica was chosen as the number one destination on TripAdvisor as well as #12 in the world and with the World Tourism Council predicting growth in global tourism, Jamaica is poised to lead the Caribbean.

Azul Beach Resort Sensatori has 98 suites, featuring swim-up suites or ocean-view balconies with oversized seating, and are targeted for the North American market. Modern rooms are decorated in cool shades of gray and cream, with multiple seating areas and accents of turquoise and hot pink. The bathroom/dressing room features two spacious closets with multiple storage options, and metallic and white ceramic tiles. 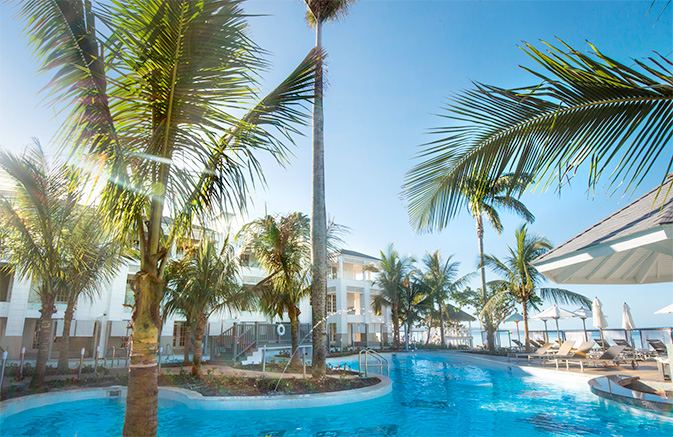 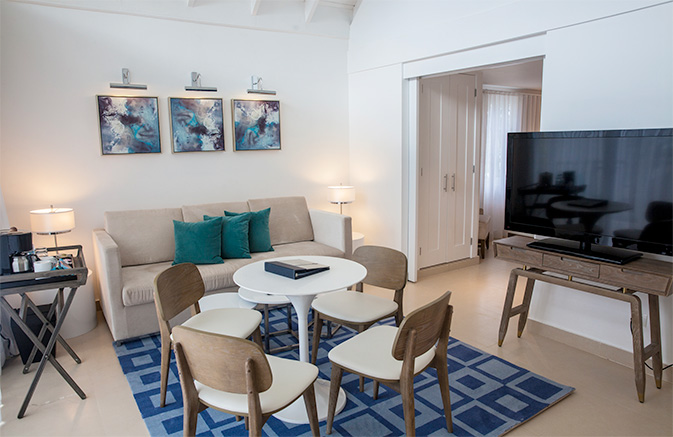 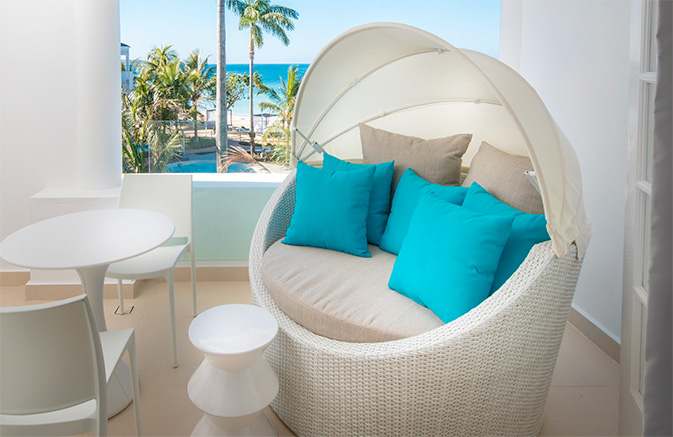 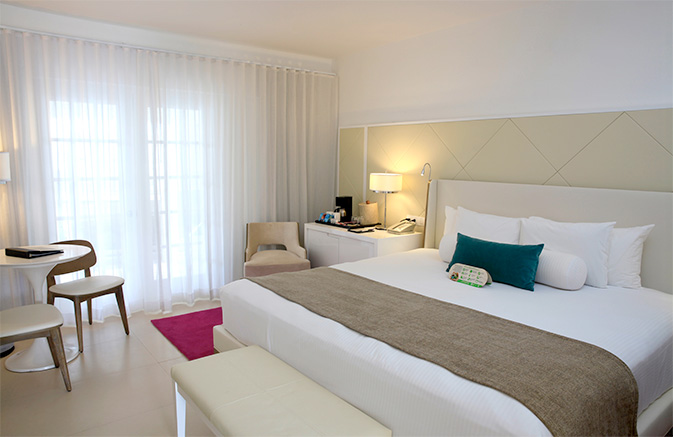 Guests have access to the Azul Sensatori pools as well as dining options such as Ackee for Jamaican cuisine, Di Romagna for Italian cuisine, Palms for breakfast, lunch or dinner and Nesta Rasta Lounge for music and local rums. Both resorts now offer 285 suites.

The opening of Azul Beach Resort Sensatori follows the opening of Azul Sensatori Resort in 2014 and continues Karisma Hotels & Resorts’ ongoing investment in Jamaica. The next major project is Sugar Cane Jamaica, a $1 billion investment to create a hotel, entertainment and retail complex on over 200 acres in the island’s St. Ann region. Slated to start construction later in 2017, Sugar Cane Jamaica will feature Nickelodeon and Margaritaville resorts and 2.5 kilometres of beachfront.

Karisma Hotels & Resorts is focused on expansion plans beyond Jamaica too, with a Nickelodeon Resort and a Margaritaville Resort currently underway for both Punta Cana and Riviera Maya.