TORONTO — American Airlines gathered an intimate group of employees and business partners in Toronto yesterday to celebrate a milestone: 75 years of flying to Canada.

Raising a glass of champagne to toast the airline’s history and success, American Airlines’ Donna Paladini toasted the country and its current roster of employees which was American Airlines’ first international flight on June 24, 1941. The DC3, named ‘Flagship Toronto’ started the airline service to Toronto. In 2016 American Airlines is serving nine cities in Canada, with 400 weekly departures and 60 daily flights from Canadian airports to the U.S.

Celebrating its 75 years in Canada, American Airlines recognized the longtime contribution of tenured Canadian employees, including three in attendance last night at the evening soiree at the Fairmont Royal York Hotel. Chantal Boucher (37 years with American Airlines), Esther Dowds (40 years) and Catherine Turner (42 years and the most senior employee in Canada) were honoured as was recently retired senior employee Pierre Cote. 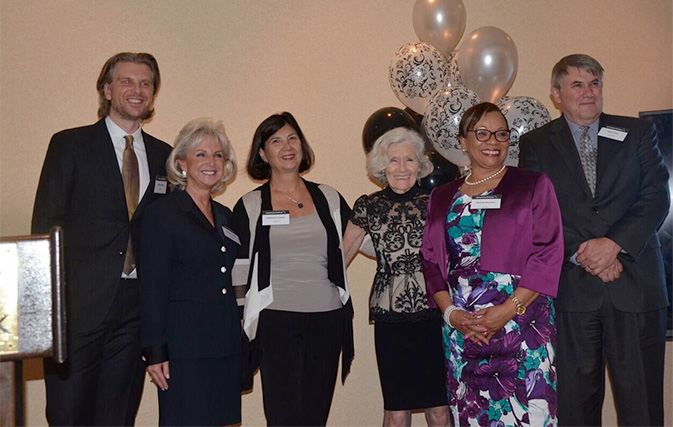 As a token of appreciation from American Airlines employees in Canada, a donation of $10,000 was made to the Canadian Breast Cancer Foundation.

With over 300 employees in Canada, and 200 based at Toronto Pearson Airport, American Airlines pioneered many changes to Canadian airports, including the introduction of U.S. pre-clearance. Recently, American Airlines, the second largest carrier based at Toronto Pearson Airport after Air Canada, has renovated its check-in areas, updated its technology and is currently undergoing refurbishment to its Admirals Club lounge, part of the ongoing changes happening at Terminal 3.

As the largest airline in the world, American Airlines celebrated 30 years of flying out of Montreal Trudeau Airport in 2007 and in 2017, will celebrate its 30th anniversary of flying from Vancouver International Airport.