CALGARY — WestJet’s ultra low-cost carrier Swoop has reached another milestone with the release of the carrier’s first official livery photos and a time-lapse video of the aircraft being painted.

Emblazoned with the magenta Swoop logo, and magenta-accented tailfin and winglets, the aircraft is the first of six Boeing 737-800NGs to be delivered this year. 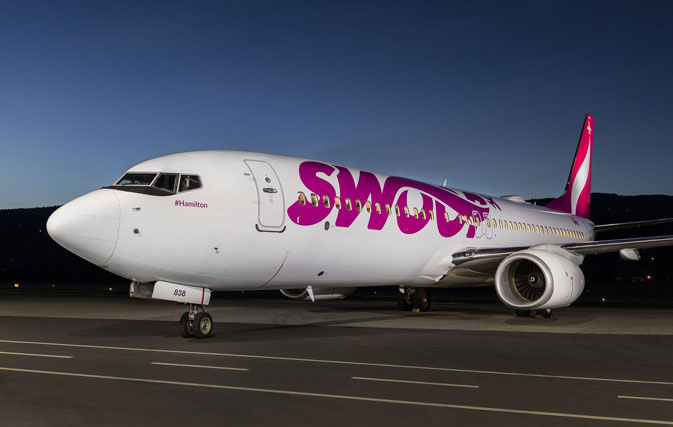 Steven Greenway, Swoop President and CEO, says: “The phenomenal team at Swoop has been working tirelessly towards our first flights and everything is ‘GO’ for Swoop to take to the skies on June 20.” 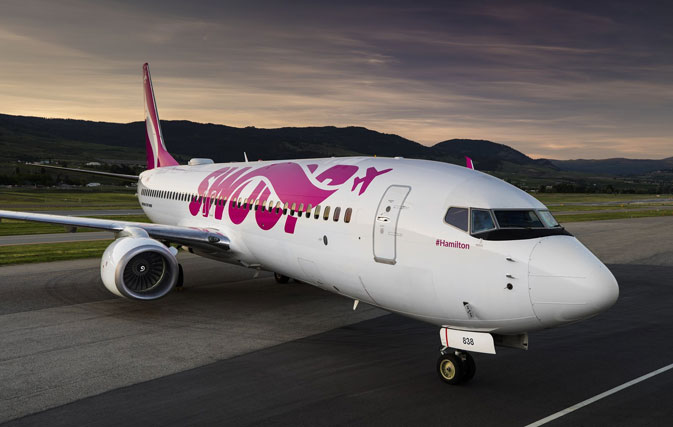 The Boeing 737-800NGs are known for reliability and fuel efficiency, with blended winglet technology to improve performance and reduce fuel burn by up to 4%. Greenway says optimizing efficiencies while minimizing maintenance and operating costs is an important cornerstone of Swoop’s ultra-low-cost business model. 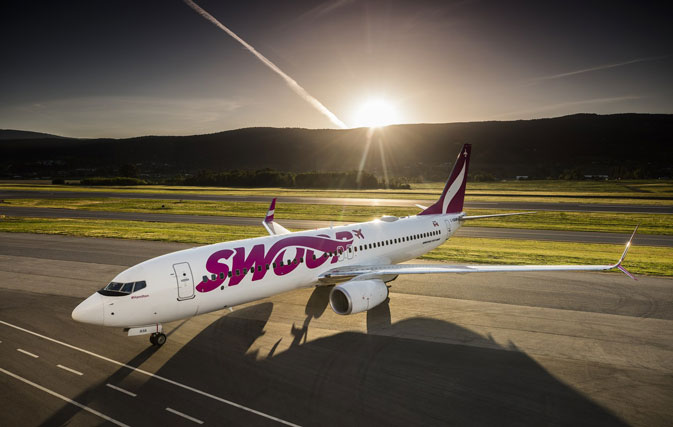 Each aircraft will have 189 seats including 39 extra legroom seats offering an additional 4-6 inches of space. The aircraft interior features ‘pop of colour’ accents like embossed leather headrest covers, and bullnose strips. The aircraft interior is also outfitted with amenities including in-seat power, fully adjustable headrests, WiFi connectivity and in-flight entertainment. 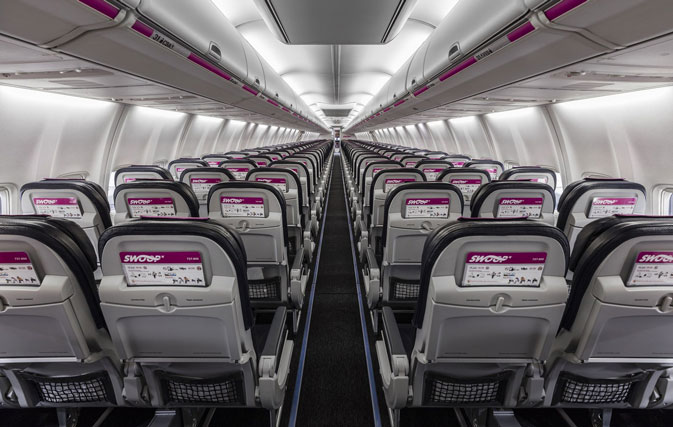 Swoop has named its first aircraft #Hamilton as a nod to its first airport base at John C. Munro International Airport in Hamilton, ON. Swoop plans to name the first four aircraft after people and places that have been integral in the journey to launch. 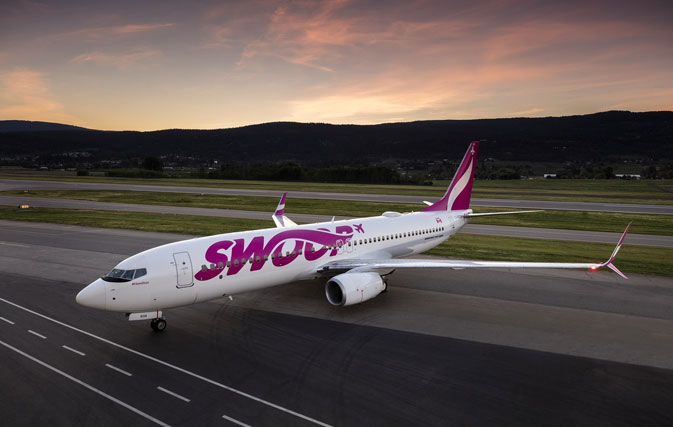 With two more aircraft scheduled for delivery in 2018 Swoop says its partners and travellers can expect an aircraft naming contest later this year.