TORONTO — Air France’s first A350 is now serving the Toronto market with daily flights into Paris-CDG.

The sleek, streamlined and more environmentally-sustainable aircraft is proof of Air France’s commitment to the Canadian market, says Air France CEO Anne Rigail, who spoke to trade and consumer media at a press conference in Toronto this morning. 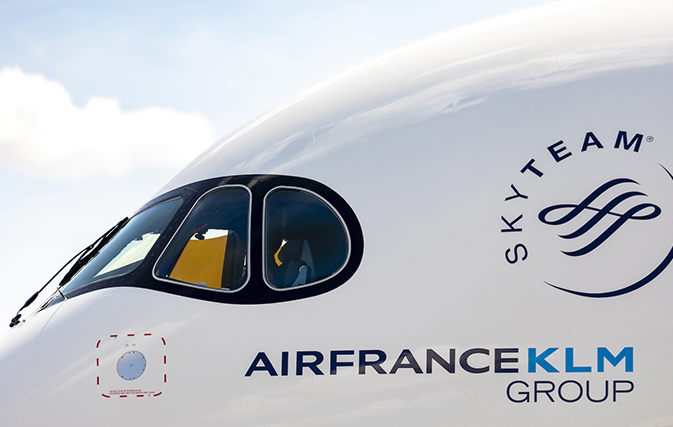 Rigail noted that the A350 is one of the world’s most efficient aircraft, consuming 25% less fuel thanks to the incorporation of materials which are up to 67% lighter – 53% composites and 14% titanium. The noise footprint is also reduced, by 40%. 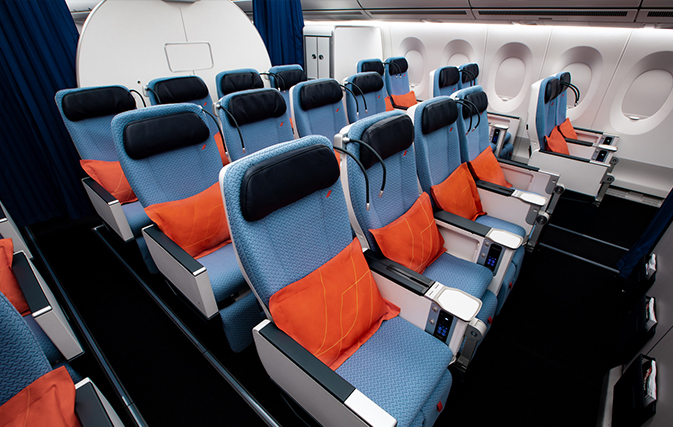 The new A350 “will be at the core of our fleet,” said Rigail, adding that Air France will take delivery of 28 of the aircraft.

In Business Class, the seat turns into a two-metre-long lie-flat bed, plus there’s an 18.5” HD touchscreen. Business Class passengers can choose between a shared travel experience or privacy thanks to a removable partition wall.

In Premium Economy, Air France’s brand new ‘Recliner’ seat is 48cm wide and reclines to 124°. Seat pitch is 96 cm and there’s a 13.3” HD touchscreen. Pillows and duvets are also available.

And in Economy, the seat has been redesigned for more comfort, with a reinforced ergonomic seat cushion, a 118° seat recline, and a 79-cm seat pitch. The HD touchscreen is 11.6”. 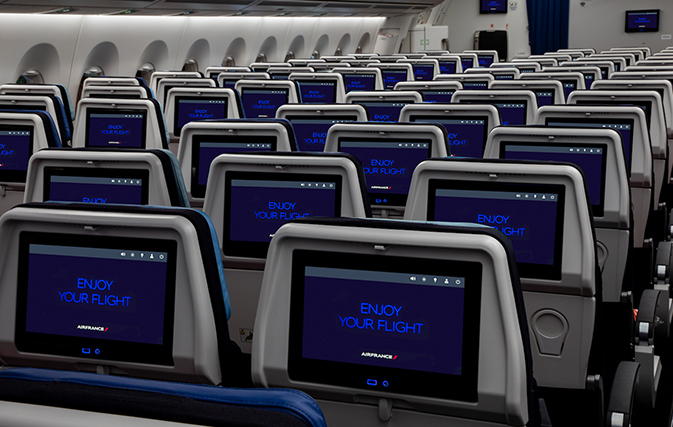 All passengers get access to 1,400+ hours of entertainment including movies, music and podcasts. Passengers can also stay connected with Air France inflight WiFi offer, CONNECT. Three different passes are available: a free ‘Message’ pass for all, to send and receive messages throughout the flight; a ‘Surf’ pass, priced between €3 and €18 (6,000 Miles) to surf the Internet, consult and send emails; and a €30 (10,000 Miles) ‘Stream’ pass with high-speed Internet, streaming and downloads, including the ‘Message’ and ‘Surf’ pass.

“I’m very glad to be here to celebrate our first A350,” said Rigail, adding that the A350 is “proof that we want to offer our Ontario customers the best of our inflight service.”

Rigail is well-versed in the customer experience. She was appointed CEO in December 2018 after serving as the airline’s EVP Customer. Ben Smith, formerly with Air Canada, is CEO of the Air France-KLM Group and was acting CEO of Air France through the end of 2018 when Rigail took up the role.

Air France’s service extends beyond the inflight amenities. The carrier is the second most punctual airline to Europe from Canada (and the most punctual is Air France’s partner, KLM, which celebrated its 100th anniversary earlier this month). 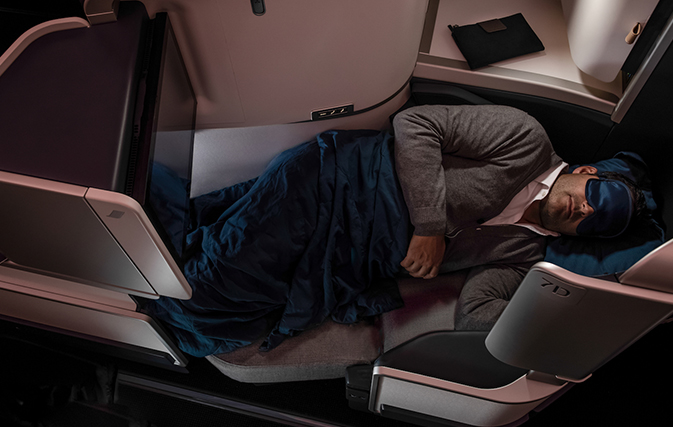 Air France is also working on upping its game with its inflight service. Vincent Etchebehere, General Manager, Air France KLM Canada, says the company is taking best practices from the hotel industry and integrating those into its cabin crew service. “Our investment is not only in terms of seat quantity but also cabin quality as all aircraft on this route are equipped with the latest Air France cabins to deliver the highest standards of comfort to our customers.”

Says Etchebehere: “Air France has been investing on the Toronto-Paris routes providing new opportunities to our Canadian customers. This investment was done through an increase of our seat offer by +20% over the past three years. Until this summer, the increase consisted of bigger aircraft capacity. However, in the summer 2019 season, which ended Saturday, we added three extra weekly frequencies to our daily year round flight. For 2020, we plan on adding four more flights compared to last season which means that for the first time since we opened this route in 1976, we will be operating two daily flights between June and August.”

Direct bookings made at AirFrance.ca for trips departing from Canada will prompt Air France to fund tree planting (one tree per booking) in Ontario, through a reforestation project operated by Pur Projet in Manitowaning, he added. Air France is also working to eliminate single-use plastics on its flights as part of an overall initiative to reduce its carbon footprint. 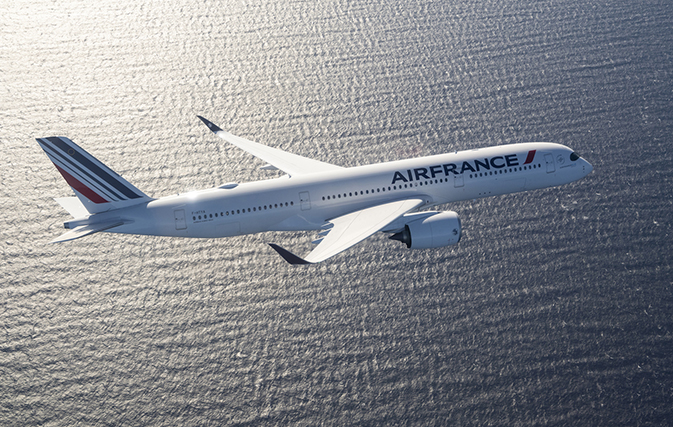 Air France’s A350 in flight

Air France had a challenging 2018, with labour action disrupting flight schedules, but following successful negotiations with the unions last fall the airline is going from strength to strength. “Customers tell me the spirit onboard is different, better,” says Rigail. “In our strategy the customer experience is really key. We still have so much to do but we have regained the trust of our employees and our customers.”

In 2020 Air France will celebrate 70 years in Canada. The carrier’s history here started in 1950 in Montreal with a Lockheed Constellation 749, and extended to Toronto in 1976 with the arrival of a 747.