“We are not going to let this situation deprive us of marking our 70th anniversary in Canada, even if it’s virtual,” said de Peyrelongue. 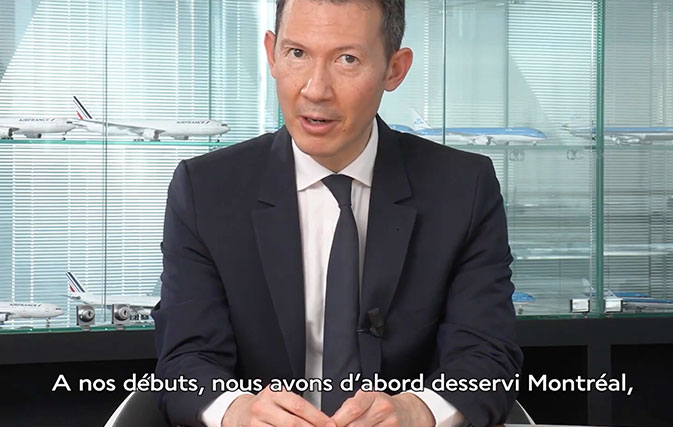 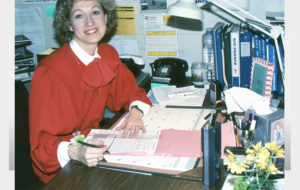 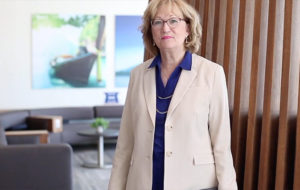 Air France marked its seven decades of operations in Canada with an Oct. 15 virtual event attended by customers, members of its sales network, partners, suppliers and employees.

Air France’s Lockheed Constellation 749 touched down at Montreal’s Dorval airport – after stopovers in Shannon and Gander – on Oct. 2, 1950. The first outbound Montreal-Paris flight was on Oct. 5, 1950.

The carrier’s first Paris-Toronto flight, on a Boeing 747, arrived at Pearson on May 20, 1976. Direct flights started in 1994. Air France inaugurated its Paris-Vancouver route in March 2015. 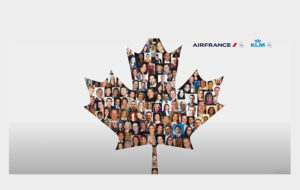 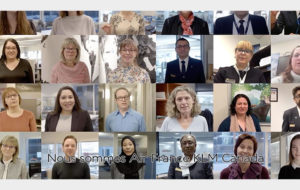 Yesterday’s 70th anniversary event included archival images and footage from those early days, as well as anecdotes and inspirational messages from the Air France KLM executive team, including Ben Smith, CEO, Air France-KLM. There were also behind-the-scenes videos from employees who talked about their work, how technology and the fleet evolved over the years, and the values that drive the teams.

“Despite the circumstances, it mattered to us that we mark this milestone moment in our history and thank everyone who contributes, in their own way, to the history of Air France Canada,” said Catherine Guillemart-Dias, Vice-President and General Manager of Air France KLM Canada. “Being by our customers’ side, providing reassurance, and working with our trade network – this is what we do with passion and engagement at Air-France KLM, along with our sales colleagues at Delta, which has proven to be key in the current context.”

For fall and winter 2020 Air France will operate 10 outbound flights a week from Canada in November, and up to 17 in December, aboard B787s and Airbus A350s.