TORONTO — Air Canada Vacations rolled out the red carpet to the travel trade at its Toronto Pearson hangar, to unveil the 2015/2016 Sun Collection, new routes and several promotions for the Fall/Winter travel season.

Invited guests were treated to a party with all the bells and whistles: tasty food and drink, colourful performances by Creativiva, the latest news from over 20 tourism boards and resort destinations in the ACV Dream Village including the Barbados Tourism Marketing Inc., AMResorts, Jamaica Tourist Board, Iberostar Hotels & Resorts, Mexico Tourism Board, Sandals Resorts, Cayman Islands Department of Tourism and Norwegian Cruise Line and the focus of many attendees: the ability to tour an Air Canada rouge Airbus 319.

Last night’s ACV Dream Makers hangar party is part of a September road show for the Air Canada Leisure Group, which started its cross-Canada tour in Montreal on Sept. 9, and touching down in Vancouver on Sept. 15, Calgary Sept. 16, Winnipeg Sept. 17, Ottawa Sept. 22 and Halifax Sept. 23.

Michael Friisdahl, President and CEO of the Air Canada Leisure Group, officially welcomed guests, thanking the travel trade for its support and detailing the growth of rouge, which has gone from a fleet of four airplanes at its launch in 2013 to 33 airplanes. In the next year, rouge will gain 11 more planes, with five new Airbus A321s to be added by the end of 2016.

Friisdahl repeated the day’s earlier news from the Air Canada Leisure Group, announcing the company’s addition of five new routes for rouge including Montreal to Casablanca, bringing the continent of Africa for the first time to the company’s destination portfolio.

Air Canada rouge will now have 82 routes and Air Canada becomes one of 12 airlines on the planet that flies to six continents. As well, rouge will add flights from Toronto to Prague, Warsaw, Budapest and Glasgow, with an early-bird sales promotion: travellers who book by Sept. 17, 2015, to travel between June 1 and 30, 2016, are offered an introductory price of $869 roundtrip.

Amr Younes, Vice President of Sales for Air Canada Vacations, explained the largest Sun Collection to date, boasting of access from Air Canada’s 66 Canadian gateaways, 73 new resorts now part of this season’s sun portfolio of the included 525 three to five star hotels and resorts, and an increase in service to the Dominican Republic, Cuba and Mexico.

Younes detailed Air Canada Vacations’ sun offerings such as a price drop guarantee of up to $800 per couple if booked before Oct. 31, StormGuard, an insurance ($49 per adult, $35 per child) against winter’s fury allowing rebooking before a storm becomes a hurricane, an expanded Privileges program at 255 participating hotels (preferred room location, early check in/late check out, free WiFi or Internet, three guaranteed a la carte dinners at all-inclusive resorts) and CruiseAir, where couples who book before Sept. 30 will save $100 and those travellers who book both air and cruise with Air Canada Vacations receive a best price guarantee, 100% refundable flights up to 30 days prior to departure and a flight guarantee in case of delayed flights.

The new Play Collection is a value-added tier of the Air Canada Vacations’ resorts for families. The Play Collection’s early booking bonus for air-inclusive packages booked by Oct. 31 will have a choice of 75 resorts, where kids stay, eat and play for free, free seat selection for all family members, pre-boarding privileges and a $10 inflight meal voucher for each family member on Air Canada and Air Canada rouge flights. And for those advance planners, booking by Sept. 30 can result in an early booking bonus of $400 per couple and $100 per child. 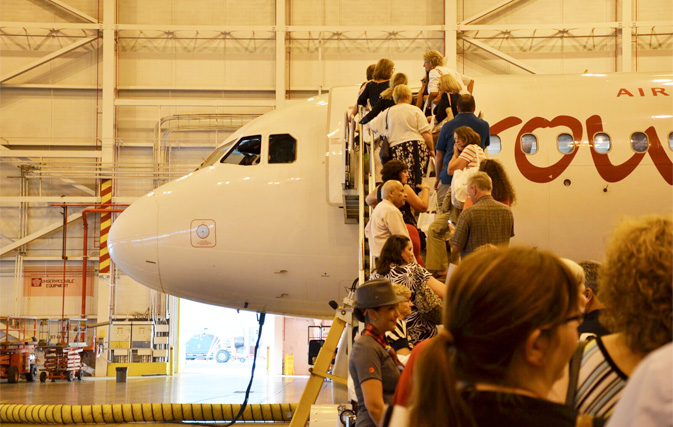 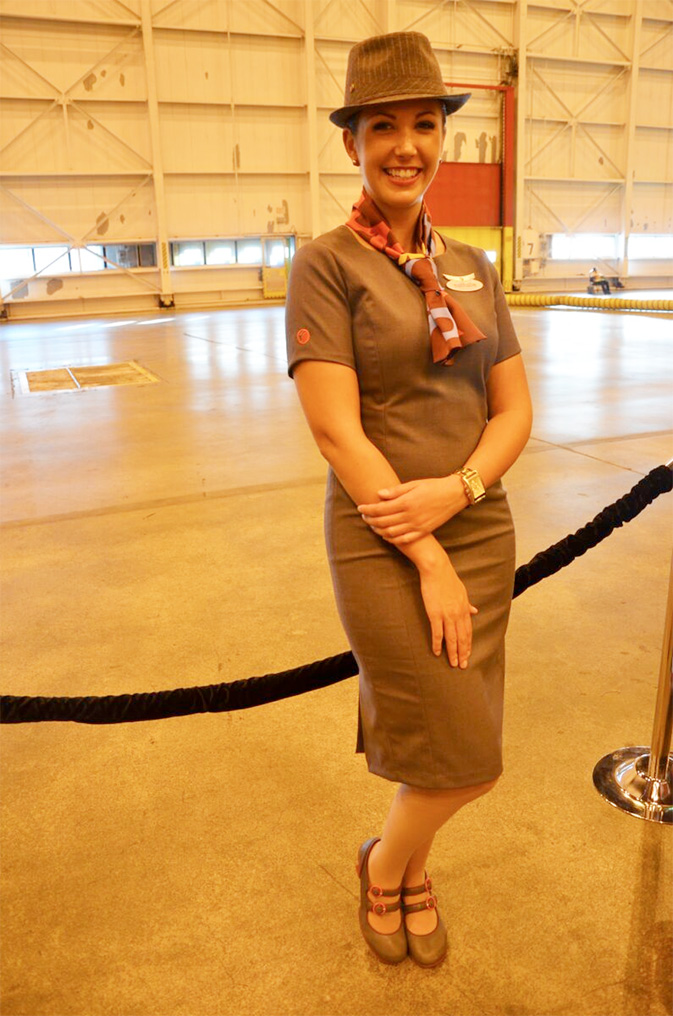 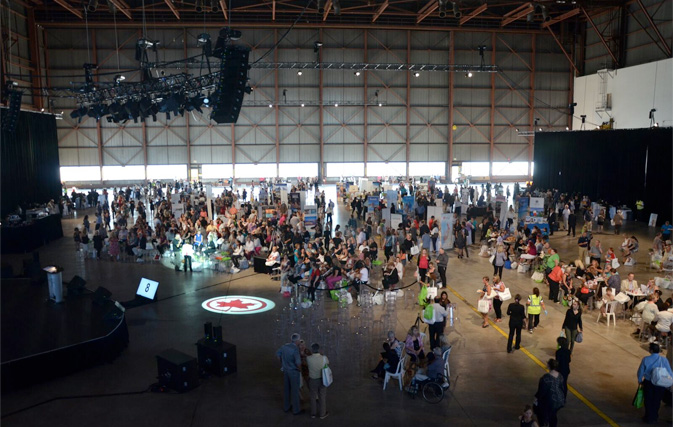 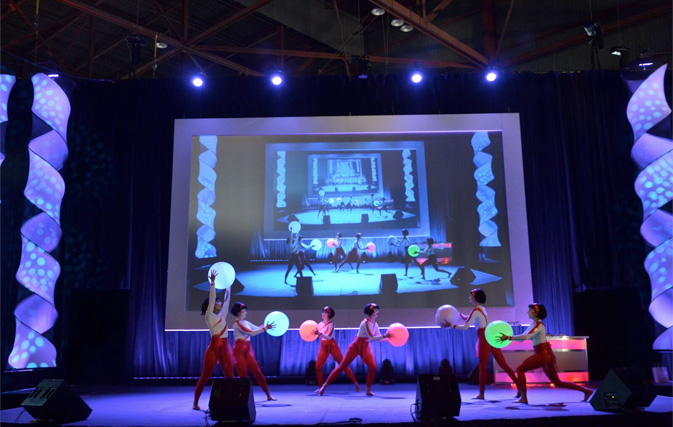 Creativiva, performers at the event. 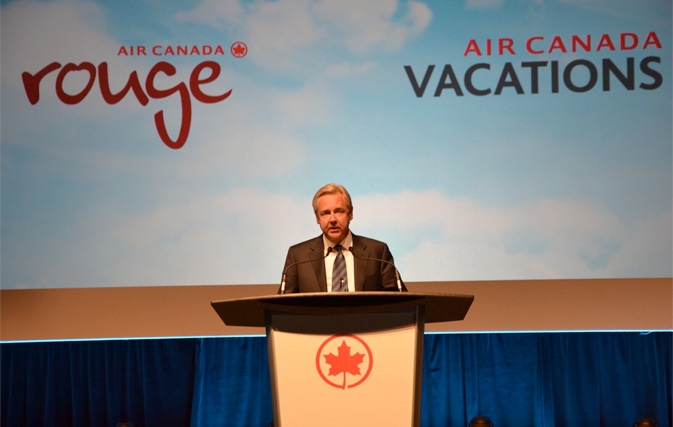 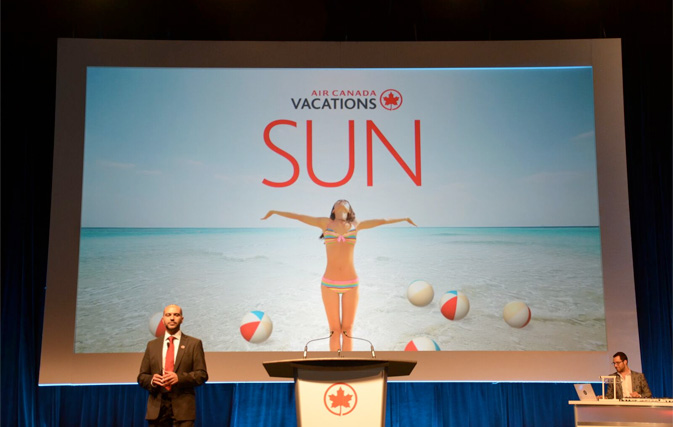