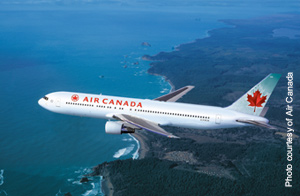 According to Calin Rovinescu, President and Chief Executive Officer, “the increase in our load factor by 1.6 percentage points over the prior year underscores the effectiveness of our capacity management strategy. System wide, traffic grew 4.7%, led by the Pacific, Atlantic and domestic Canada markets. This is the eighth consecutive month Air Canada has set new records system-wide for passengers boarded, and on Aug. 15 we achieved a new single day record of 127,100 customers.”