BELFAST — There’s more to the Emerald Isle than the Ring of Kerry and Blarney Castle, and Tourism Ireland wants to help agents discover some of its lesser-known gems.

Along with increased airlift and the rising popularity of Northern Ireland in particular, clients have more reason to travel (or travel back) to Ireland, particularly in the shoulder seasons. 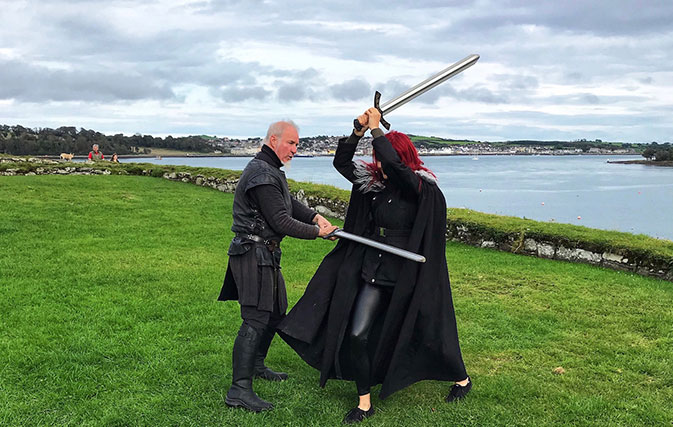 “We’ve seen some strong growth coming out of Canada,” Dana Welch, Tourism Ireland’s Manager for Canada told Travelweek on a recent FAM with Canadian travel agents. With more access routes and additional value in the shoulder seasons, “we want to make sure agents are thinking of this as a year-round destination.”

There’s also more access to other Irish cities, such as direct service from Toronto to Shannon with Air Canada. “It gives consumers an opportunity to fly into one [city] and out of the other,” says Welch. “As Canadians, we’re happy to get in a car and drive, and the roads are really good — they’re winding, but they’re charming.”

It’s only a two-hour drive from Dublin to Belfast with plenty of touring and self-drive options for clients, with access to what’s dubbed Ireland’s Hidden Heartlands and the Wild Atlantic Way.

On average, Canadians spend 10 nights in Ireland and have among the highest propensity globally to travel to Northern Ireland — in part, because of ancestry connections. But another big draw is Game of Thrones; according to Tourism NI, 350,000 tourists come to Northern Ireland every year just to visit GoT filming locations. 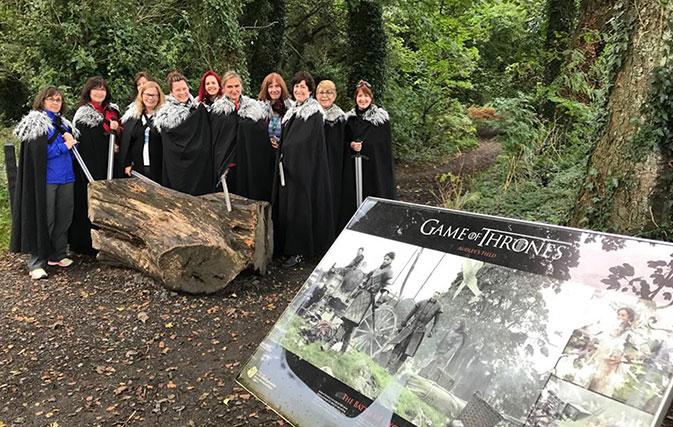 Experience Winterfell – Game of Thrones, for example, allows visitors to dress like a member of the Stark family, tour the set and test their archery skills (it’s a 40-minute drive from Belfast). And in the nearby town of Strangford, they can eat a themed GoT dinner at The Cuan with locally brewed Hodoor beer.

But Northern Ireland isn’t just a one-trick GoT pony.

“It’s part of the island that people never explored before, for obvious reasons,” says Mark Rodgers, a tour guide in Northern Ireland, referring to The Troubles. But it’s now 21 years into the peace process and tourism is a growing industry; clients who’ve already been to the Republic of Ireland can now head north, “just for the sheer act of discovery.”

Aside from increased airlift, the strength of the dollar against the British pound sterling also makes Northern Ireland an appealing destination (the Republic of Ireland uses euros). “Our tourism is in its infancy so we have better control over it,” says Rodgers. “It’s more authentic, more raw, more natural. You go into the bars in Derry, the people next to you will say ‘hello, how are you and where are you from.’ Same in Belfast, same everywhere.”

While the Giant’s Causeway — a geological phenomenon of hexagonal basalt columns made from molten lava 60 million years ago — is a big draw for tourists to Northern Island, there are several lesser-known sites along the Wild Atlantic Way.

The Gobbins Cliff Path, for example, is a guided two-and-a-half-hour walk along a path hugging a dramatic cliff face looking down on the crashing waves of the North Channel. And Slieve League Cliffs is considered one of Ireland’s hidden gems, with a 609-metre drop into the Atlantic Ocean below — nearly three times taller than the famous Cliffs of Moher.

Golfers are also coming to Northern Ireland in droves, thanks to the publicity garnered during the 148th Open Championship in July 2019 at the Royal Portrush Golf Club in County Antrim. “You can’t golf year-round in Canada, but you can here,” says Welch. “There are a lot of reasons to come in the shoulder seasons.”

Another of those reasons is the luxury castle experience, which is more affordable in the shoulder seasons. “The museums are still open, the history, heritage and culture are all on offer, and it’s better value potentially,” says Welch.

At the five-star Lough Eske Castle, a restored 17th century castle in County Donegal, clients can stay in a contemporary garden suite or more traditional castle suite, surrounded by woodlands. Lough Rynn Castle Estate & Gardens in County Leitrim has its own walled garden, more than 300 acres of grounds and dining at the 2AA Rosette Award Sandstone Restaurant. Both have specials for shoulder-season travel.

Rodgers credits Tourism Ireland for bringing together the island’s tourism boards and working together on new marketing campaigns that include both the Republic of Ireland and Northern Ireland. “In the last few years it’s really gelled together,” he says.

For agents, Tourism Ireland offers itineraries and practical content for clients on its website Ireland.com as well as video and images free to download at irelandscontentpool.com. Agents can also get exclusive access to agent-related industry offers and incentives, webinars and brochure orders (available in English and French) on the exclusive Ireland Insiders Facebook group. Additional queries can be directed to Sandra Moffatt at smoffatt@tourismireland.com.

Agents can design packages for Northern Ireland that include Belfast and Derry, combined with the North Atlantic Coast. Here are some top sites:

• In Belfast, the Titanic Experience takes guests through nine interactive galleries, telling the story of RMS Titanic from its conception in Belfast in the early 1900s to its tragic end. Follow this up with tea and sandwiches at the Titanic Hotel across the street. 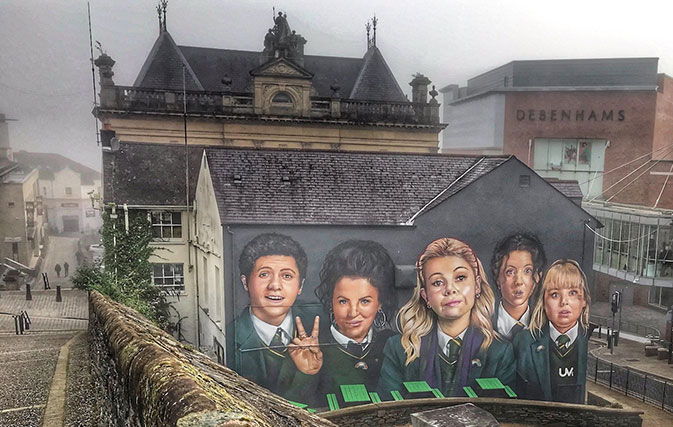 • This year marks the 400th anniversary of the historic walls of Derry; a walking tour provides context for clients as they walk along the top of the original 17th-century fortification that surrounds the old city centre. Inside the walls, they’ll find The Cottage for lattes and local crafts; just outside the walls is the Museum of Free Derry where they can learn about The Troubles.

• In County Donegal, clients can visit the Tríona Design Donegal Tweed Centre for tweed made from Irish lambswool by local craftspeople. And in nearby Sligo, agents can arrange for a highly entertaining sheepdog demo with Atlantic Sheepdogs.