TORONTO — The Travel Agent Next Door’s “3Ws” strategy – for “win-win-win” – is propelling the host agency for home-based agents to an estimated $115 million in sales for 2018, with $145 million projected by the end of 2019 and $200 million to close out 2020. “That’s not bad for a company that’s been around for just five or six years,” says founder Flemming Friisdahl.

The Travel Agent Next Door came on the scene in 2014 and by year’s end had 94 Primary agents, and 11 Associate agents. Sales were $3.75 million.

Now in 2018 there are 378 Primary agents and 272 Associates. The projections for 2019 are 450 Primary and 365 Associates. “Primary agents run the branch and Associate agents work for the Primary agents,” Friisdahl explained last night at an industry open house at The Travel Agent Next Door’s offices in Toronto. 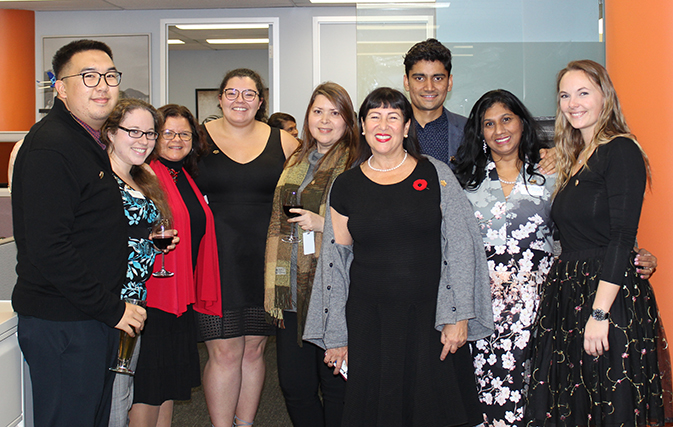 From the start the host agency has followed what Friisdahl calls the 3Ws. “Anything we do has to be a win for the supplier, a win for our agents and a win for us as a company. If something’s not a win for all three, then we don’t do it.”

The Travel Agent Next Door has kept its supplier list, both Preferred and Approved, streamlined on purpose, he added. “When we were starting up we made a promise to our original partners that we wouldn’t sign a whole bunch of suppliers. And we’ve kept that promise. We’ve dropped a few and added a few but overall our supplier list remains very similar to when we launched.”

The host agency’s supplier partners were out in full force at last night’s event, and the guest list also included Ensemble Co-President Lindsay Pearlman. The Travel Agency Next Door’s partnership with Ensemble “is something we’re very proud of,” says Friisdahl.

Some 48% of all commissions earned by The Travel Agency Next Door agents are earned from Preferred suppliers. About 29% come from Approved suppliers. And 23% comes from 432 other suppliers.

Friisdahl also noted that 37% of the host agency’s Primary agents generate about 80% of the company’s sales, topping the typical 80:20 ratio where 20% of a company’s workforce generally produce 80% of its sales.

Much of the credit for The Travel Agency Next Door’s success goes to the agents who are thriving in the Rising Stars program. At the $70,000 level the agent gets 100% of the commission. “We’re not making a killing, we’re making a living. But our agents are making a killing. I’ve been on your side and I got so tired of people thinking I was an ATM. We use a carrot, not a stick.”

At its 2018 conference the host agency gave out $25,000 in incentives to its agents. The host agency is already looking forward to the 2019 conference, set for Puerto Vallarta. Supplier registration starts this week.

Some 35% of all Canadian travel agents are now home-based, says Friisdahl. “When I started, it was 25%. Where’s that number going to be in five to 10 years and are you keeping up with that?” he asked suppliers at last night’s event.

The host agency has been advocating for suppliers to designate a member of their sales team for home-based outreach.

“Are suppliers changing their approach? Does the traditional BDM model still work? And how can we grow sales and reduce costs?” he asked. “What if someone on your team was dedicated to home-based agents?”