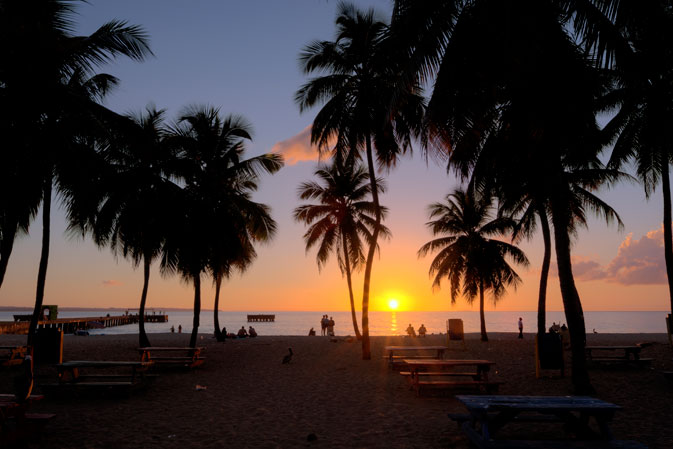 Puerto Rico was ruled by the Spanish for nearly 400 years until it came under U.S. control after the Spanish-American War in 1898. Even though this beautiful beach-filled island now belongs to our southern neighbors, the Spanish left their mark on the island’s architecture, fortifications, and culture but most notably in Old San Juan in San Juan, Puerto Rico. But if you’re less into intricate colonial buildings, then Puerto Rico’s main lure of beaches and warm tropical climate is something you’ll adore.