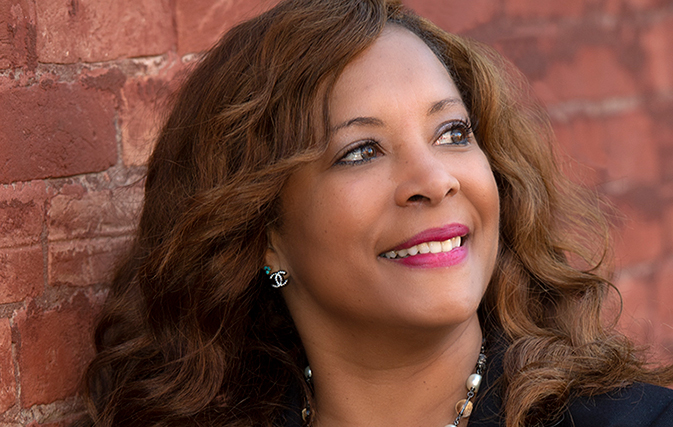 From its picture-perfect River Walk, lined with restaurants, shops and hotels, to the historic The Alamo, San Antonio has so much of what clients are looking for in a Texas vacation. Sana Keller, Visit San Antonio’s Public Relations Account Director, Canada, takes us through the highlights in this edition of Friday 5.

“On the heels of San Antonio’s monumental Tricentennial anniversary, the Alamo City is gearing up for an eventful year in 2019 full of new and continuing developments, with an impressive roster of new attractions, openings and events slated throughout the year.

“One of the top highlights is Ruby City. Slated to open in late 2019, Ruby City will be the latest contemporary art museum to arrive on the Alamo City’s already thriving arts scene. Designed by award-winning architect Sir David Adjaye, the space is named for its crimson coloring and shimmering facade and will house the late Linda Pace’s personal collection of more than 800 paintings, sculptures, installations and video works. Once completed Ruby City will be free and open to the public.

2. What is the marketing focus in Canada right now?

“We are working on direct-to-consumer integrated campaigns to promote San Antonio’s culinary, arts & culture and historical assets as well as ongoing training and education with travel agents and tour operators to keep San Antonio top of mind and offer new product and enhancements for them to sell to their clients. All our efforts include partnerships with Air Canada to promote the nonstop service from Toronto to San Antonio, with fantastic connection options from across eastern Canada.”

3. What signature events can Canadians travel agents look forward to promoting this year?

“San Antonio’s many festivals provide a renewed reason to visit the Alamo City each year.  Here’s a selection of some of the key celebrations taking place for 2019 that particularly contribute to the overall festive spirit of the city and will encourage Canadians to visit and have a uniquely San Antonio experience …”

The San Antonio Rodeo has grown to be one of the largest, most prestigious events in the city and it remains voted as one of the top indoor rodeos in the country. In 2019, the iconic event is celebrating its 70th anniversary and will be presenting world-class entertainment. Highlights include country music artists Aaron Watson, Darius Rucker, Kelsea Ballerini, and Lady Antebellum, along with legendary band Alabama and comedian Jim Gaffigan.

Live music and tacos. What’s not to love about San Antonio’s Taco Fest? The festival celebrates San Antonio’s most well-known dish, with tacos on offer from over 30 restaurants, taquerias and food trucks. Offerings, which start at $2 per taco, range from breakfast tacos to puffy tacos (a local San Antonio creation) and everything in-between.

While New Orleans has Mardi Gras, the Alamo City has Fiesta, and if one celebration sums up San Antonio’s upbeat, welcoming and lively spirit, this is it. The 10-day celebration honours San Antonio’s traditions and culture with a multitude of festive parades, patriotic observances, exhibits, creative culinary offerings and more.

Founded in 2000, Culinaria is one of San Antonio’s biggest and most impressive food festivals. The week-long event hosts a variety of happenings showcasing dishes from the city’s top restaurants and chefs, from casual to gourmet.

When it comes to Día de Los Muertos, or Day of the Dead, there’s no place in the U.S. or Canada that observes this traditionally Mexican holiday quite like San Antonio. The city comes alive with everything from small gatherings with traditional altars and face painting to multiple-day festivals featuring live music, stilt walkers, Mexican cuisine and festive parades (link above is to one of the city’s largest festivals, Muertos Fest at La Villita).

4. What are the top 3 major selling points for San Antonio?

“There are so many but first, there’s the city’s arts & culture offering. With a city-wide arts scene including contemporary art spaces such as the Blue Star Arts Complex and notable high-end art centers such as the McNay Art Museum and San Antonio Museum of Art, there is no shortage of options for travellers interested in history, arts and culture in San Antonio. Second, culinary heritage. San Antonio is one of only two cities in the U.S. to be designated ‘Creative City of Gastronomy’ by UNESCO. And third, history. San Antonio is one of the most historic cities in the U.S. Two words sum this up: The Alamo! Plus the city’s historic missions and classic attractions like the River Walk are not to be missed. The Alamo, along with four historic Spanish colonial missions, were named a UNESCO World Heritage Site, the newest in the U.S. and the only one in Texas.”

5. What misconceptions do Canadians have about San Antonio?

“Getting there – many Canadians think that it’s a long flight and you have to connect to get to San Antonio. Air Canada has weekly nonstop direct service to San Antonio and in just over 3.5 hours you’re there! It’s perfect for a long weekend getaway or a longer stay with family.

“San Antonio is also extremely family-friendly and one of the leading cities in the U.S. when it comes to attractions and accommodations for families, from Six Flags Fiesta Texas to SeaWorld and Aquatica, which are welcoming brand new attractions in Spring 2019, to LEGOLAND Discovery Center, scheduled to open in the Shops at Rivercenter in early 2019. There’s family fun for all ages in San Antonio.

“Finally, there’s cost. Most Canadians don’t know that San Antonio is an extremely affordable city to visit. Hailed by Travel + Leisure as one of the most affordable cities in the U.S., San Antonio has a treasure trove of free attractions and activities to keep families busy at very little cost. The magazine cited the city’s many free attractions, including The Alamo, the Spanish colonial missions, and the 24-km-long Riverwalk as major reasons San Antonio inched two spots higher this year, to No. 3.  The ranking also takes into account hotel, restaurant and transportation costs, making it a go-to destination for cost-conscious travellers.”