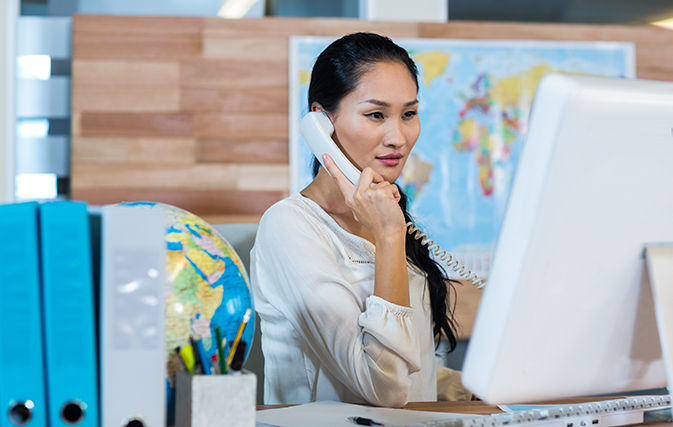 The third annual National Travel Agent Survey, an independent nationwide survey of close to 700 Canadian travel agents, was expanded for the first time to include non-hosted agents on commission and/or salary. The results provide first time insight into the non-home-based retail sector.

The survey revealed that 43% of non-home based agents said that they would consider going home based in the future. These agents were either commissioned agents or agents on a salary plus commission basis.

When asked what was holding them back, they said things like lack of clientele, start up fees, not knowing which host agency is best and not know a host agency.

An impressive 79% of home-based agents said they were earning more money for working the same hours as before they became home-based, with 44.9% reporting earning 31% to 50% more income and 19.6% earning over 50% more.

The survey also had some new details about why agents became home-based agents. Just over 60% said eliminating their commute was the main reason, while 56.8% said it was for a better work life balance.

The survey revealed that a very high percentage of agents who switched from a bricks-and-mortar or a storefront to home-based said they were happier, and over 90% said they had a better work/life balance.

For the first time, the survey asked home-based agents to identify as full-time and part-time this year, and revealed a sizeable number of part-time agents who consider themselves semi-retired but still selling travel – while some new entrants are selling travel part-time to supplement their income.

This was the third year for the annual survey. It was conducted in January 2019 by a private consulting firm with close to 700 travel agents from across Canada taking part, representing a variety of chains, consortiums, host agencies, call centers and independents.

The Travel Agent Next Door has gained access to the results of the survey and will be sharing it in its marketing and communications over the next few months.

Jill Wykes is a travel industry veteran who has held a series of senior management portfolios in travel corporations. A former chairman of the Travel Industry Council of Ontario, she is now an independent communications consultant and writer since retiring in 2011.

A message from Tabatha Bradley, BDM - Ontario
Go to Videos

NEWS
57% of Canadians more likely to use a travel agent post-COVID-19: Travelweek survey

The coronavirus crisis brought confusion and chaos to the travel industry, but amid all the tumult, two things have...
New reopening dates for The Excellence Collection resorts

The Excellence Collection is moving its reopening dates to July and August 2020, with exact dates varying by property...
More suspensions announced for BPCL, Celestyal and Costa

With a growing number of destinations preparing to welcome back tourists, the World Travel & Tourism Council (WTTC) has...
View all News