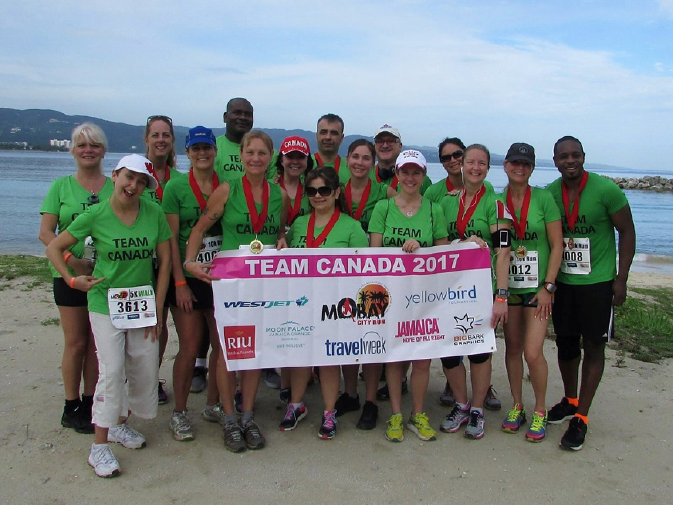 Although I have been over much of the Caribbean and Central America, Jamaica had never really been on my radar. As a travel agent, I book it often and was peripherally familiar with the island and perhaps it was my aversion to reggae music or jerk seasoning but something kept me from committing to an extended holiday here. The last couple of years I had noticed an agent fam for Jamaica sponsored by Travelweek and the Jamaica Tourist Board but it involved a 5 or 10K run or walk. Being only a couple of years into the industry, I felt this might be the perfect opportunity to discover this destination (and my ability to do low-impact cardio on the elliptical machine at my air-conditioned gym somehow made me think I could handle running through the hot and humid streets of Montego Bay), so I applied.

My acceptance on this fam was a pleasant surprise, bolstered by the fact that we would be flying into the capital of Kingston. Without the obligatory beaches, this is not where tourists normally stay, but as someone who likes to get off the beaten path and discover how the locals live, I relished this short stay in Kingston before moving on to the more traditional Jamaican resort areas. With a population of almost 700,000, Kingston is a city of contrasts and a glimpse into the authentic Jamaica. 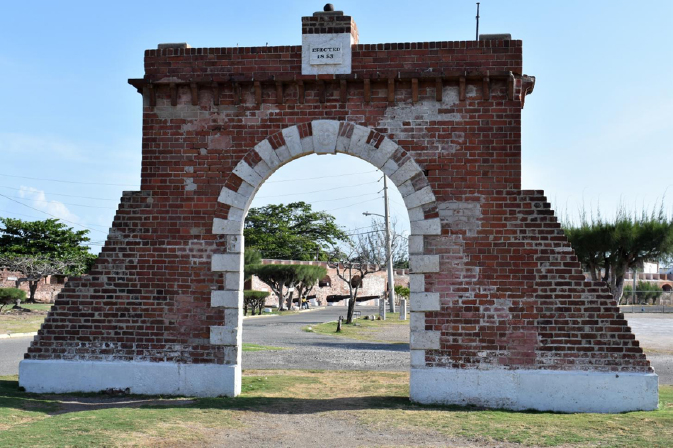 We started our exploration at the former pirate stronghold Port Royal and as an amateur pirateologist, I was pleased to check off a bucket list item (the first of several, it would turn out). While here we had the pleasure of eating and drinking at a local hot spot, Gloria’s, where my jerk aversion became more of a love as I sampled delicious honey jerk shrimp, sopping up the remaining sauce with fried bammy (cassava bread). 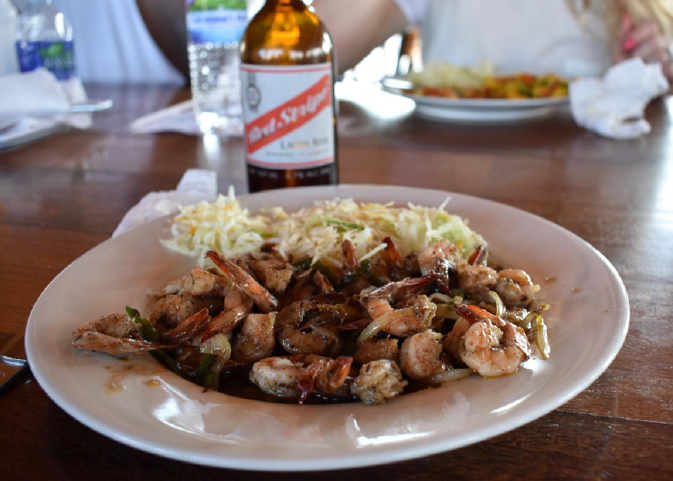 After an unexpectedly lengthy tour of the city at rush hour we reached our hotel, the Jamaica Pegasus. Most travellers to Kingston without local ties will be business travellers staying in the northern business district, and the jewel here is the 45-year-old Pegasus. While the exterior could be any high-rise, it’s what’s inside that counts: a handsome lobby, well-appointed rooms and amenities for even the most discerning business traveller. The highlight that evening was my wonderful fusion dish, ‘reggae pasta’, at the Blue Window restaurant looking out on the pool and a local wedding party using the premises for a photo-op. Across the street, the new Courtyard Marriott offers the same great business amenities as the Pegasus but in a more sleek and modern package. 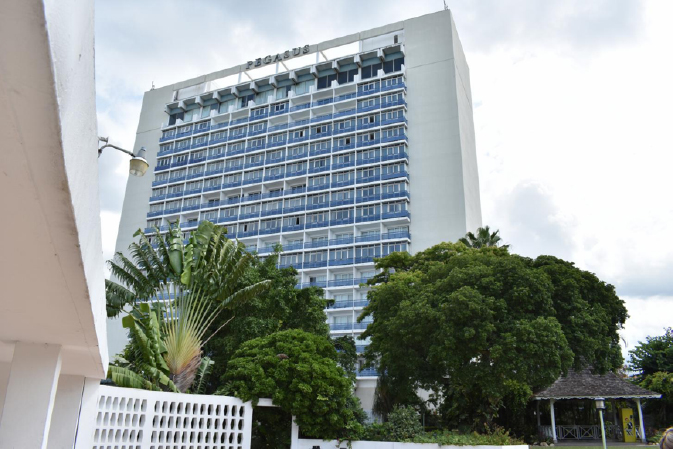 No visit to Jamaica is complete without a stop at Scotchies, a perennial local takeout spot featuring fresh and delicious Jamaican fare with open air gazebos to chow down. And chow down we did on our way to Montego Bay as a torrential (by Canadian standards) rain moved through. 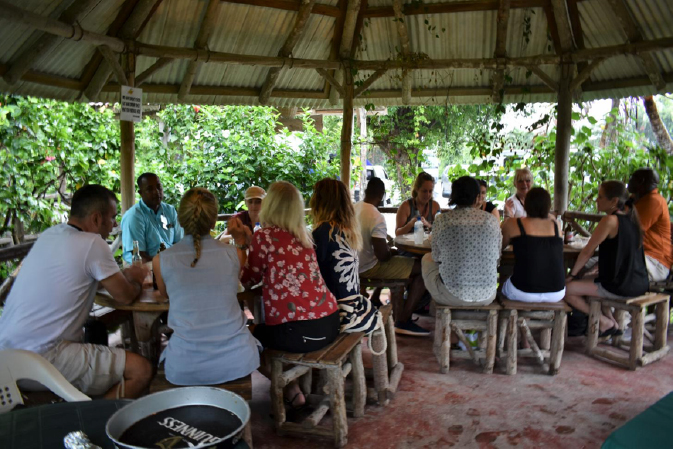 For the next couple of days our base of operations would be the newest property in the Riu complex in MoBay, the adults-only Riu Reggae, and as the name implies, this is definitely more of a place to cut loose than relax. As the impending run was the following morning at 6:00 a.m., I tried (unsuccessfully) to hit the hay early so I would be well rested when the alarm went off at 4:45. 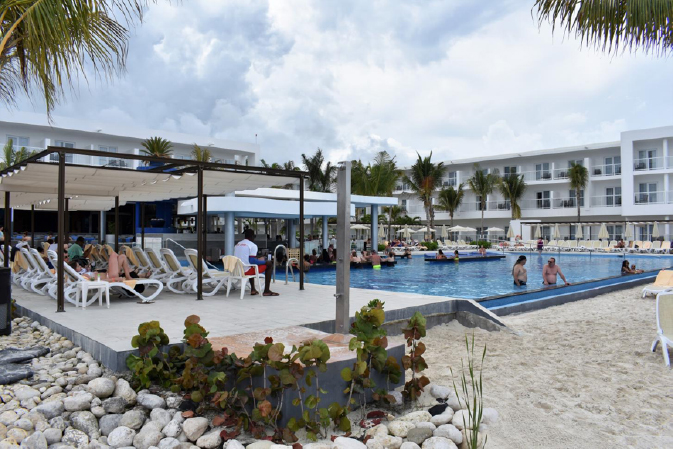 It was with a great deal of nervous energy that I warmed up the next morning with thousands of others in Old Hospital Park before making my way with the wave of humanity towards the start line. Then suddenly I was over it and off on my first 5K run! It was fortunately not as hot nor humid as I feared as I shuffled through the streets, and I managed almost three kilometres of steady running before I had to break for a switch-off of power-walking and running for the duration. As I saw the finish line approach I was overcome with feelings of relief and accomplishment and I somehow knew this would not be my last run.

That evening after adequate rest and an afternoon of sun (and rain) and liquid nourishment, we had some exposure to local Jamaican nightlife on the Treasure Queen, a small ship doing party cruises on Montego Bay. While they offer more sedate sailings playing top 40, this wasn’t one of those nights as we were in the middle of a ‘dancehall soundclash’, with screaming DJs spinning a minute of (to this untrained ear) one unfamiliar hip hop song before moving on to the next while the locals did their best ‘dirty dancing’ imitation – a real eye opener. For the right client this might work but it didn’t for us that night. Another learning experience for us agents! 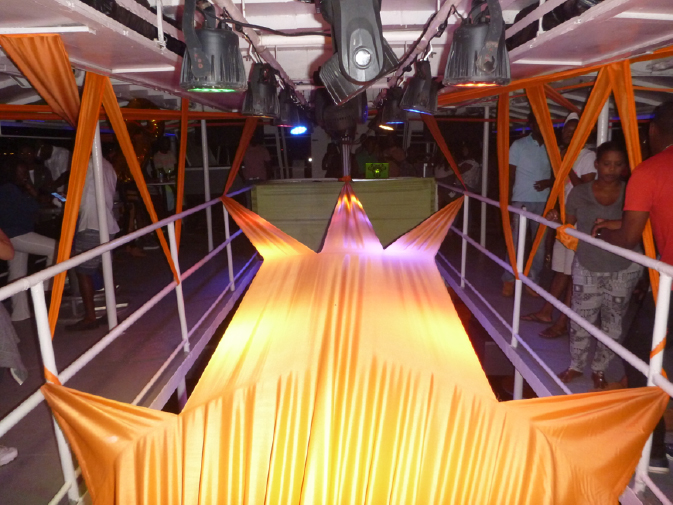 We finished out the last two days seeing some great properties:

1) The newer, modestly priced but surprisingly attractive Royal Decameron Cornwall Beach where every room has an ocean view; 2) The gorgeously sleek, adults-only Breathless Montego Bay where you don’t watch the party, you ARE the party!; 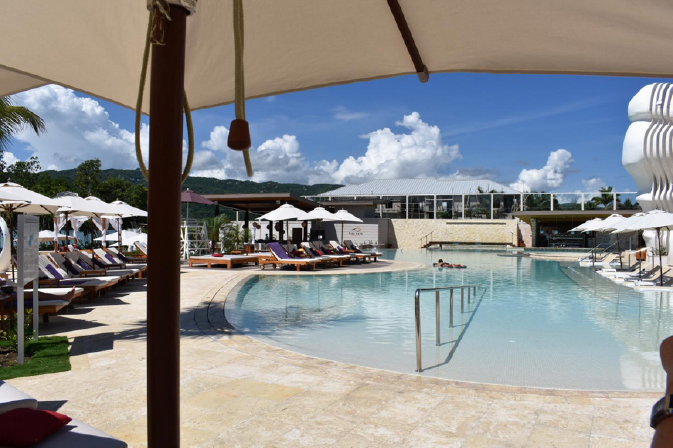 3) The other side of that coin, the smaller boutique Zoetry Montego Bay with a library and jerk shack; 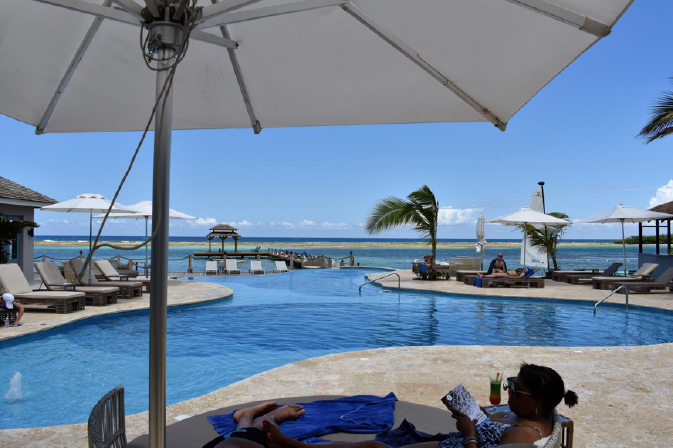 4) With something for everyone, the huge Royalton (White Sands and Blue Waters) complex offers a full water park and fully stocked pool cabanas; 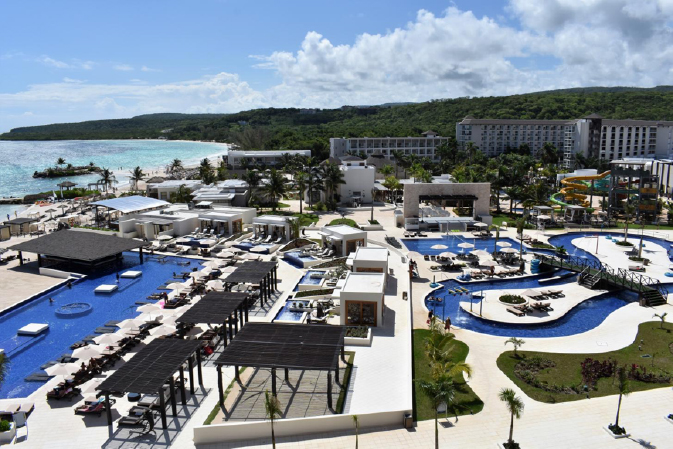 5) For the traditional Jamaican feel, the Melia Braco Village with the hub of the resort centred around a village square patterned after the nearby town of Falmouth 200 years ago; 6) And the family-friendly Moon Palace Grande Jamaica with a Flowrider surf simulator, video arcade and its own dolphinarium as well as endless eating choices. I saved the best for last though. As a 40-year James Bond fanatic, 007 creator Ian Fleming’s Goldeneye villa outside Ocho Rios (where he wrote all 12 novels and two short story collections) had been on my bucket list to see for decades (before there was even such a thing as a bucket list!). Well, the fam finished up the last night in Ocho Rios and I couldn’t be so close and not try to see this piece of history. So I reached out to the villa, now part of a small resort called, appropriately enough, Goldeneye Resort to arrange a site inspection…and got one! With the help of the Jamaica Tourist Board (shout out to Dan Hamilton – you da man!), I and two other agents spent a (for me) shiver-inducing hour touring this gorgeous property, including the Fleming Villa where the author lived and entertained the likes of Noel Coward and Island Records founder Chris Blackwell (who now owns the property). The storied villa sleeps 10, has had the likes of Sting (who wrote Every Breath You Take while staying here), Jay Z and Beyonce, Daniel Craig and many more sample its beauty, and features some of Fleming’s original furniture including his desk and bed. There are smaller villas aptly named 001, 002 and so on as well as more modest options including the new one-bedroom ‘beach huts’. This was truly the highlight of the trip for me and although I was able to check off a bucket list item by seeing it, I added another by now wanting to stay here!