Dispelling the myths against going home-based 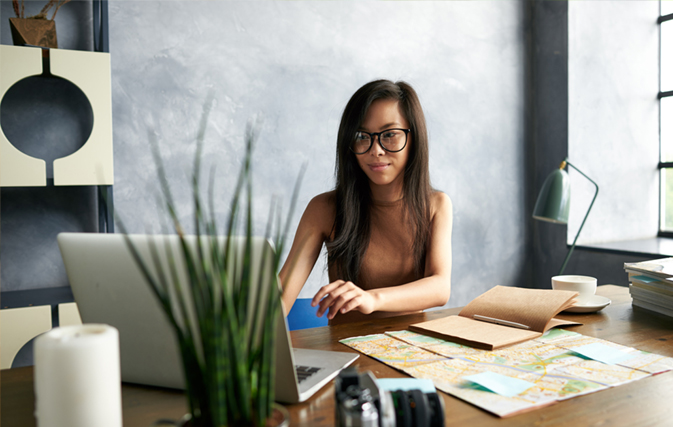 In the recent national Travel Agent Survey, 43% of non-home-based agents said they would consider becoming home-based and yet they have not yet done so. So what is holding them back?

The survey probed the reasons and the results reveal greater understanding as to why they have not taken the leap so far. In fact, there are a lot of myths and misconceptions holding these agents back that need to be demystified.

If you look at the reported results of the survey so far, hosted agents themselves dispel these myths.

Let’s look at the main reasons agents gave for not switching to home-based:

Myth #1: Fear of the start-up costs of going home-based

Over 10% said the financial cost of becoming home-based was a factor. One agent said: “The regulations and cost associated with TICO make it impossible for a small business or a single professional to take this option.” This is completely false! Host agencies are registered with TICO and other regulatory bodies and this covers all of the agents affiliated with the host agency. However, agents must still write the TICO exam if they have not done so.

Agents said they felt they would not have enough clients to be successful. One agent said: “I think I would need a high volume of clients to make a profit.” In fact, home-based agents find that they can make the same income with less than half the clientele they have in their current environment. By working as a home-based, hosted agent, some agents report making two to three times the amount of commission, so the myth that you need high client volumes to maintain an income is exactly that – a myth. The home-based agents in the same survey reported they work the same and have the same client base as before, but make 30% – 50% more because of the hosted agency commission structures that exist.

One of the fears agents have about going home-based is that they will miss being in an office atmosphere, with 21% saying they prefer to have colleagues around them. One agent summed it up this way: “I like the flexibility of going home based … but I also like having the office connections and the structure and schedule of being in an office.” This is a common fear but host agencies have made great strides to ensure their agents have easy communication tools like intranets, as well as regular webinars, trainings and other opportunities to connect and support each other.

Surprisingly, 7.7% said they don’t have enough knowledge about host agencies to make the decision. Yet host agencies are very active in promoting their services at industry events and in the trade media. One agent said: “I’m scared it might not be better than what I have currently.” Another said: “I simply don’t know a company that allows me to work as a home-based agent, but I’m open to review new options.”

Myth #5: Fear of losing my brand or my agency

Another reason that was cited came from agents who had their own brand. “I own my own travel agency and I have a few agents that work under my name,” said one agent. Good news! When you go home based, you can keep your name – and your other agents – and lose all the high fees and back office work! It’s is a big myth that small agencies need to give up their name to become a hosted agency. Not true! Your agency can go home-based and keep your brand.

Jill Wykes is a travel industry veteran who has held a series of senior management portfolios in travel corporations. A former chairman of the Travel Industry Council of Ontario, she is now an independent communications consultant and writer since retiring in 2011.

Travelweek’s virtual conference, ’The Future of Travel: Back to Business?’, was a resounding success, with...
Princess extends suspension of operations

Princess Cruises has extended its pause of global ship operations due to the ongoing closure of cruise ports around the...
Agents can win $100 gift card with JTB’s photo contest

The Jamaica Tourist Board (JTB) has launched a new weekly photo contest for travel agents featuring a grand prize of a...
Q&A with Uniworld’s Michelle Palma

TORONTO — Putting your trust in a travel agent, particularly during this time, is the smart thing to do, says...
View all News