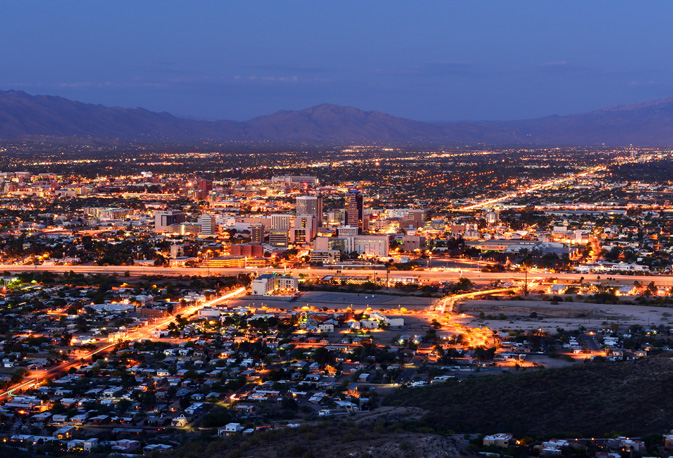 Nicknamed “Old Pueblo,” Tucson, Ariz., is a city with many faces. It’s a college town. It’s an artist town. It’s even still a Wild West town. Every February, southern Arizona’s biggest city, located 115 miles (185 kilometres) below Phoenix, keeps schools open on President’s Day but closes them later in the week for the annual Tucson Rodeo Parade.

What started out as an Indian village became the Tucson Presidio in 1775 and was settled by the Spanish. It became part of the U.S. in 1854 and was Arizona’s capital from 1867 to 1877. Today, the warm climate, surrounding landscape and active downtown have made this desert city one giant sandbox, where freebies abound if you want to go outside and play on a budget.

Tucson residents love to boast about _ with good reason _ the numerous recreation opportunities in their backyard. Nestled in the Sonoran Desert near five mountain ranges, Tucson doesn’t breed couch-surfers. Hard-core cyclists, backpacking hikers or people out for a little fresh air are everywhere. Among the favourite spots is Mount Lemmon, the uppermost peak in the Santa Catalina Mountains north of the city. At 9,157 feet (2,791 metres), Mount Lemmon is a popular ski destination in the winter. Some say the temperature on the mountain can be as much as 20 degrees cooler (7 C) than surrounding areas, a welcome respite during the brutal summer. Another hiking draw is Sabino Canyon, also part of the Santa Catalina mountain range. There are multiple trails and you can sit and listen to the creek babble at Sabino Dam. There’s a tram for people who don’t want to hike to the top but tickets range from $4-$8. If you are coming by car, there is a $5 parking fee. 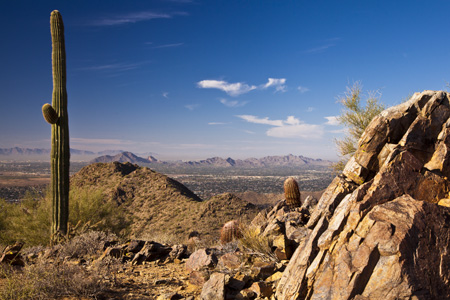 Get your feet planted in downtown with a walk on historic Congress Street, where the crown jewel is Hotel Congress. Open since 1919, previous guests include notorious criminal John Dillinger and his gang, whose stay there in 1934 led to their capture. You can find a small exhibit of memorabilia from the Dillinger days inside.

Across the street is a historic rail depot that Hotel Congress’ owners transformed into Maynards Market + Kitchen. If your visit falls on a Monday, be sure to sign up for Meet Me at Maynards, a weekly walk that started in April 2009. Participants can take a paper guide with a suggested 4-mile (6.4-kilometre) route and a list of highlighted sites. Get a brisk workout while traversing El Presidio Park, the Old County Courthouse and other nooks and crannies. Participants get water, safety lights and discounts at local restaurants for that evening.

Next door to the historic district lies Fourth Avenue, a quirkier drag filled with foot traffic from morning until late. Fourth Avenue’s three blocks of densely packed stores and restaurants are Tucson’s best source for people-watching. An independent bookstore, tattoo parlours and vintage clothing shops are among the storefronts you can glimpse. Merchants put on a street fair every March and December with arts and crafts booths and street performers. But there are smaller events happening almost every month. 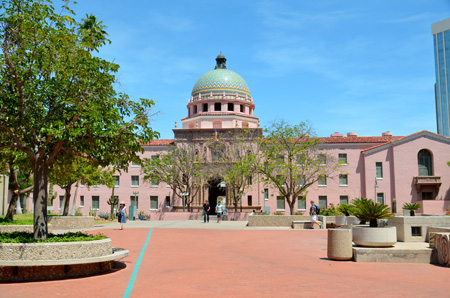 Slow down when heading to the entrance to take in the entire facade. Then go in and admire the altar. The interior murals comprised of multiple hues glazed over silver leaf have been painstakingly restored over the years. Visitors can also check out the church’s gift shop and museum. Be sure to watch the 25-minute video on the history and renovation narrated by singer and Tucson native Linda Ronstadt. 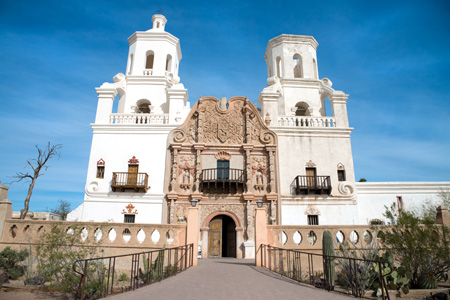 Between highly ranked sports teams and scientific research, the University of Arizona is at the heart of a lot of what makes Tucson cool and cutting edge. Fortunately, campus tours are free. There is plenty to enjoy on the grounds. The Center for Creative Photography, one of the few UA museums that doesn’t charge admission, contains archives for photographers such as Ansel Adams and Edward Weston. A gallery on the first floor consistently rotates exhibits. Also, multiple public art installations can be found around the 380-acre (153-hectare) campus. If you’re into sports, you can see the men’s basketball national championship trophy and read up on past Wildcat athletes at the Jim Click Hall of Champions. 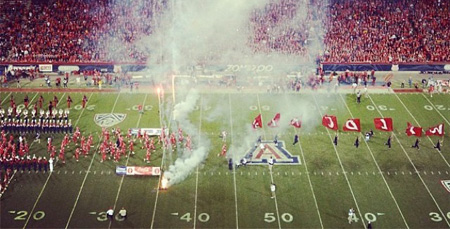 A sunset while perched along Gates Pass in the Tucson Mountains isn’t your average sunset. From central Tucson, head west on Speedway Boulevard and continue on it after it becomes Gates Pass Road. Be cautious manoeuvring the narrow curves. The available overlooks tend to get crowded with others eager to watch the sun go down. But, the breathtaking view of saguaro cactus and rugged formations in all directions epitomizes for many in Tucson what true beauty is. 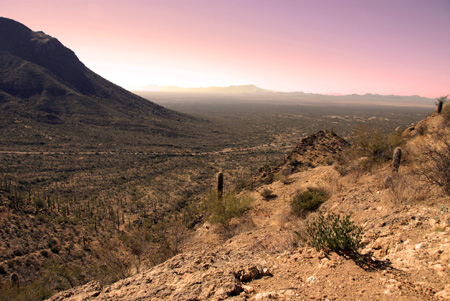