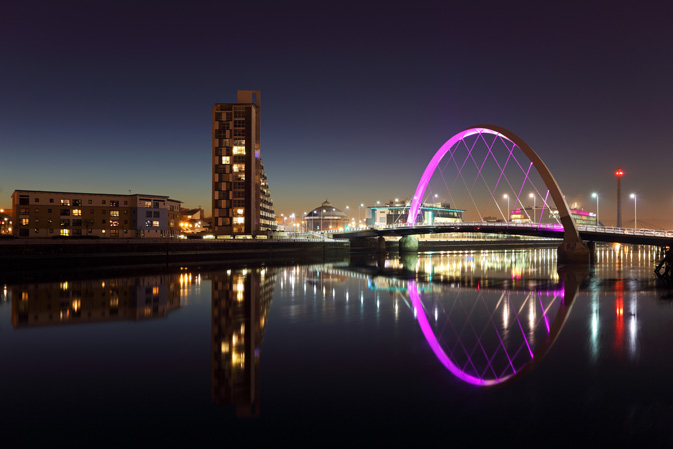 The image of Scotland’s largest city as a hard and dirty industrial centre is long gone. Instead, this former European Capital of Culture is now widely regarded as one of Britain’s most lively and stylish urban destinations. It boasts the best shopping experience in the U.K. outside of London and is home to a variety of annual festivals celebrating everything from rock music and comedy to literature and the arts.

Once regarded as “The Second City of the British Empire,” it remains a well-preserved example of Victorian excess and enlightenment, offering numerous museums and art galleries, of which more than 20 are free to visit.

The city is easy to get around. Many of the attractions are within walking distance of each other or can be reached by the city’s unique subway system known fondly as the Clockwork Orange. Opened in 1896, it is the third oldest metro system in the world after London and Budapest, and has only one circle line serving 15 stations with a train every four minutes at peak times.

The streets of this 800-year-old city are paved with history built upon the profits of shipbuilding, Caribbean sugar and American tobacco and cotton.

Glasgow was designated U.K. City of Architecture and Design in 1999 and even a brief walk through its streets will reveal the legacy of renowned architects and designers, such as Charles Rennie Mackintosh and Alexander “Greek” Thomson among others.

There are numerous monuments and statues to leading scientists, inventors, poets, politicians and war heroes throughout the city. The most popular is that of the Duke of Wellington outside the Gallery of Modern Art but the statue is rarely seen without a traffic cone on its head. What started as a joke by students more than 40 years ago is now an almost permanent symbol of Glaswegian humour. When the city council tried to raise the statue higher to stop the prank, there was a public protest which attracted tens of thousands of supporters calling for the cone to stay. 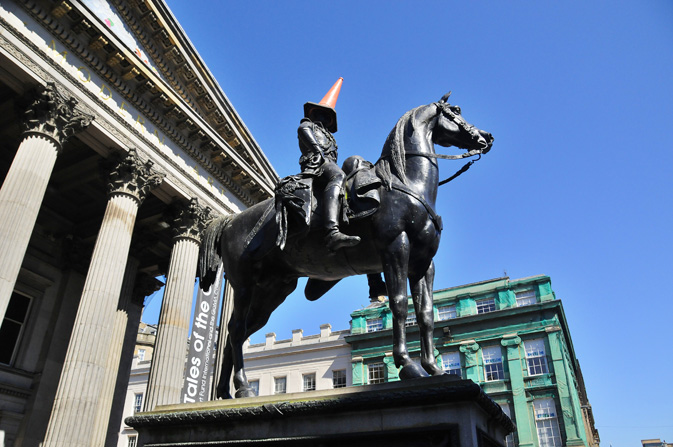 One of the most modern city attractions is the Riverside Museum on the banks of the Clyde.

Designed by Zaha Hadid, this iconic building, which was voted 2013 European Museum of the Year, has more than 3,000 exhibits showcasing a variety of “” trams, trains and cars built when the waterfront was home to a major industrial centre. The museum also includes three reconstructed streets showing Glasgow as it would have been between 1895 and 1930.

Visitors are encouraged to climb aboard many of the exhibits, including the U.K.’s only floating Clyde-built sailing ship, which is permanently moored outside the museum. 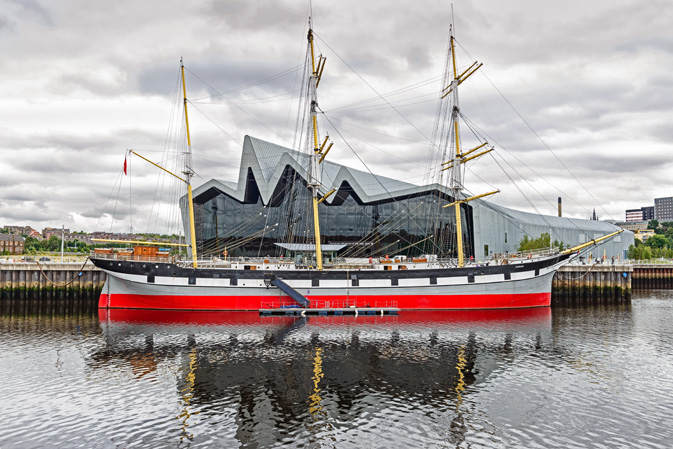 The Hunterian Museum and Art Gallery at the University of Glasgow is the oldest museum in Scotland, dating back more than 200 years.

Used extensively for academic research but also open to the public, the collection features a wide range of artifacts ranging from an entire section of the wall built by Romans in Scotland in the 2nd century to scientific instruments used by some of the world’s greatest scientists and objects from Captain Cook’s voyage across the Pacific Ocean.

The Art Gallery is home to one of the world’s greatest collections of work by Charles Rennie Mackintosh, including the reassembled interior of his former Glasgow home. It also houses paintings by famous artists such as George Stubbs and James McNeill Whistler. 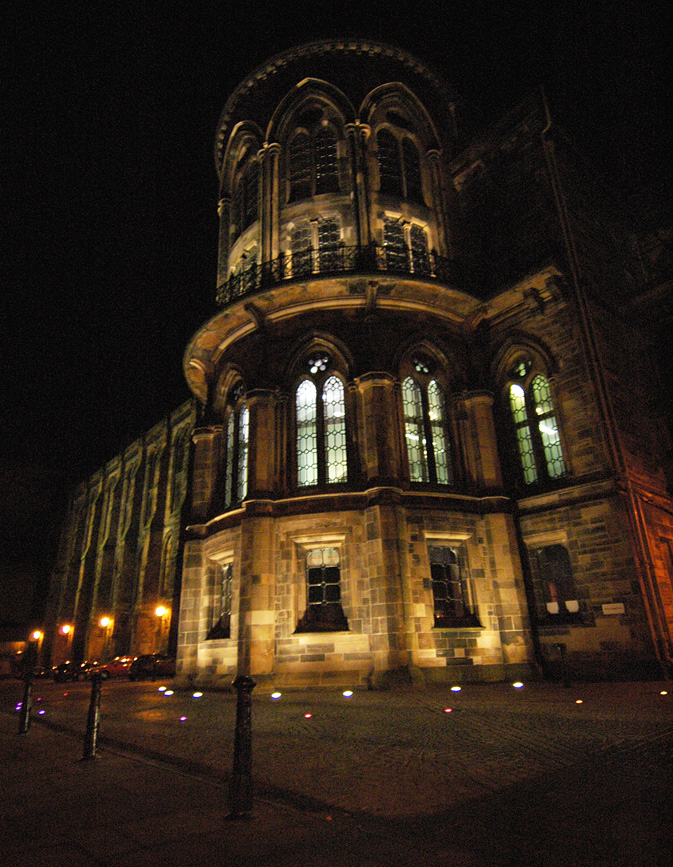 If you don’t mind something a little more macabre, the Necropolis is well worth a wander.

Regarded as one of the most significant cemeteries in Europe, the immense Victorian monument garden of 37 acres is overlooked by Glasgow Cathedral and provides a stunning elevated view of the city. As the final resting place of more than 50,000 people, many of them notable, it is full of amazing stories and gothic monuments. There are regular free walking tours from extremely well-informed volunteer guides but visitors may also explore on their own. 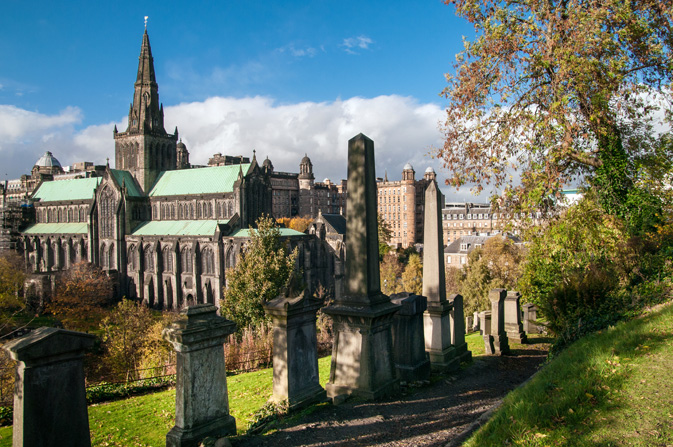 Founded initially in 1817, the internationally renowned Botanic Gardens in the heart of the West End of Glasgow provide an oasis of calm and respite.

There are more than 50 acres of formal gardens, woodland walks and architecturally impressive glasshouses filled with an extensive array of temperate and tropical plants from around the world to explore. Open from 7 a.m. to dusk every day, the gardens are within a short walking distance of Byers Road, one of the most vibrant and cosmopolitan areas of the city, filled with a range of cafes, bars and some of Glasgow’s most popular restaurants. 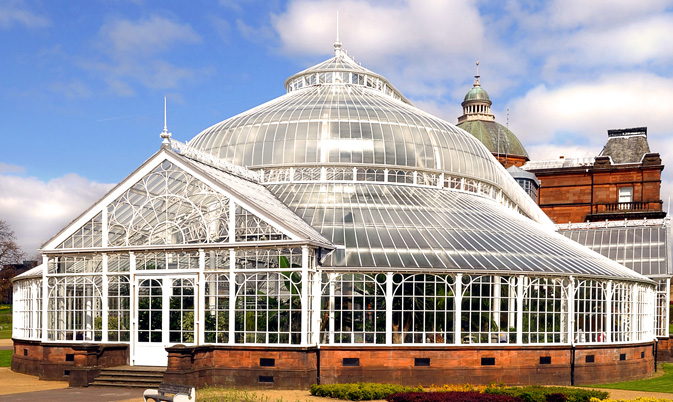