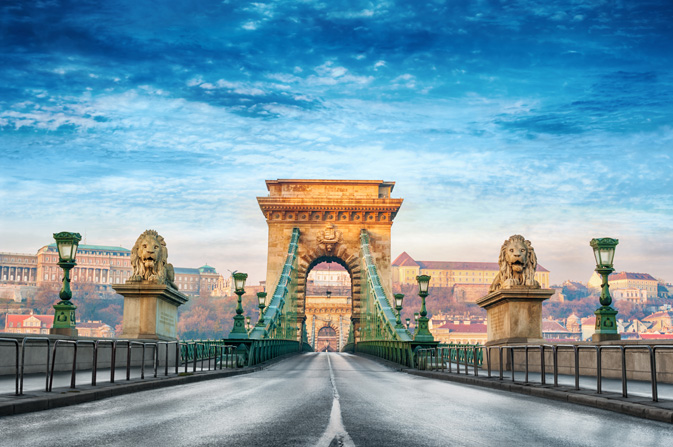 Since the fall of communism in 1990, Budapest’s central districts, mainly those straddling the Danube River, have undergone several stages of renewal – raging from simple cosmetic improvements to full reconstructions. Development funds from the European Union over the past 10 years have helped accelerate the process, and Hungary’s capital city is now stunning from many angles.

Budapest was formally unified in 1873, but the city’s two big parts, Buda on the Danube’s right bank and Pest on the left, have maintained their unique identities. An expanding network of public transportation including a new, oversized subway line and relatively short distances downtown make it easy to get around.

Here are five free things to do in the city; two in Pest, two in Buda and one right in the middle of the river.

This Pest park near Parliament is home to debated symbols of Hungary’s recent history, from a monument under construction to mark the 1944 Nazi occupation of the country to an obelisk topped off with a five-pointed communist star commemorating the Soviet troops who drove out the Nazis one year later.

Nearby, you can shake the hand of a larger-than-life Ronald Reagan statute depicting him mid-stride or let the kids play in playgrounds at the park’s southern end. Surrounding the park, among others, are the National Bank of Hungary, the U.S. Embassy and the former Stock Exchange, which until recently was the headquarters of Hungarian state television.

At the southern end of Szabadsag ter, its Hungarian name, is an interactive water fountain. Stepping on tiles at the edge of the rectangular area will stop the jets of water shooting up in front of you for a few seconds, letting you in. You can exit by stepping on tiles inside. It’s free, fun and children never seem to get bored with it. 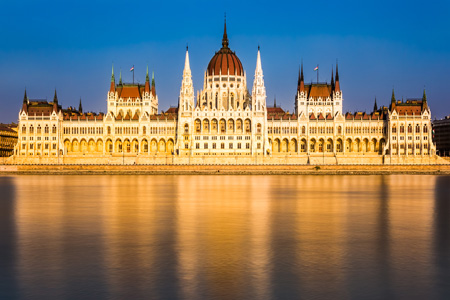 Though numerous historic buildings in the old Jewish Quarter have been demolished and replaced by new apartments, there is still plenty to see in this part of Erzsebetvaros (Elizabethtown), as the 7th district is known. Near the end of World War II, its streets were walled off and turned into a ghetto and many thousands of Jews perished.

Today, there are a handful of synagogues, including Europe’s largest on Dohany utca (street), old stores and workshops with the fading names of the original Jewish merchants and craftsmen and new generations of designers and restaurateurs helping to make the area popular among tourists and young locals alike.

Greatly enhancing the neighbourhood’s hip factor are the romkocsmak (ruin pubs). They sprung up about a decade ago, occupying abandoned buildings. Though some retain their allure of decay and quirky interiors, many of the newer bars and cafes in the vicinity offer all modern conveniences. 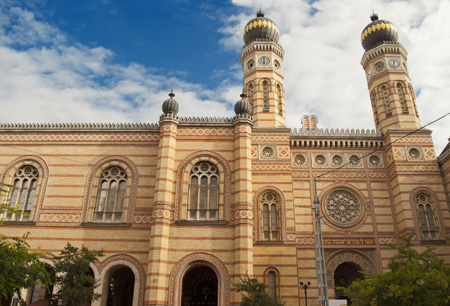 Nearly 250 acres in the middle of the Danube River, Margit Island can be accessed from the Margit Bridge on the south end and the Arpad Bridge on the north. It includes playgrounds, an imposing musical fountain, a petting zoo, paths for cyclists and pedestrians, as well as a track for joggers around its edge.

The middle of the Margit Bridge, right across the ramp leading to Margit Island, is an ideal spot to get a panoramic view of Buda and Pest  the neo-Gothic Parliament on the left, the Chain Bridge and Gellert Hill in the centre and Buda Castle up on the right. Day or night, when many of the structures are beautifully lit, it is a breathtaking sight.

Near the Buda side of the Margit Bridge is Gul Baba’s Tomb, the resting place of a Turkish poet and dervish who was killed in the city in 1541, when
it was occupied for over 140 years by the Turks. The memorial, which includes a rose garden around the octagonal tomb, is open daily 10 a.m-6 p.m. It has become a popular pilgrimage place for Muslims. The most rewarding way there is a walk up the narrow, steep and cobblestoned Gul Baba utca, an inimitable path with distinctive houses and a timeless atmosphere. 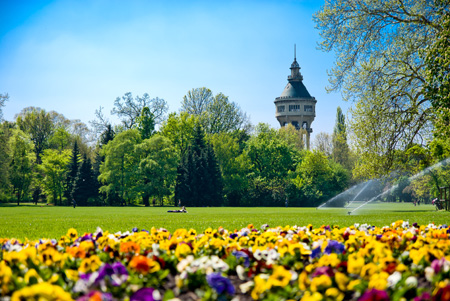 The woods of Normafa, high in the Buda hills, are a favoured weekend destination for picnickers, families with kids, joggers and mountain bikers. At the end of the line of the 21A bus starting from Szell Kalman ter (square), a major Buda transport hub, Normafa offers sundry trees and trails. It rarely gets lonely but there is plenty of space and fresh air. The Erzsebet (Elizabeth) Observation Tower, a 30-minute walk from the last bus stop, has narrow staircases and circular terraces with spectacular views high above the city. 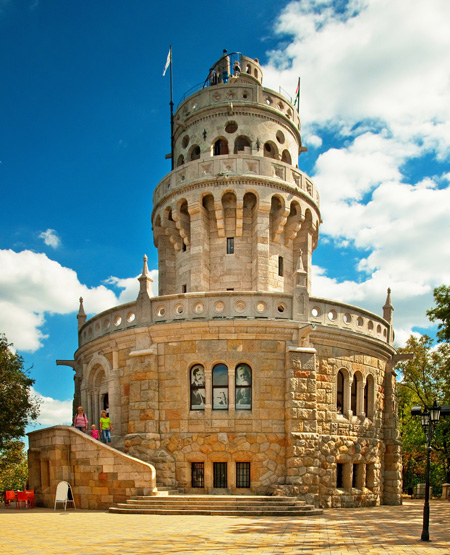 Just below Kossuth Bridge in southern Buda, the Kopaszi gat (dam) is a park on a narrow peninsula between the Danube River and Lagymanyosi Bay. About half a mile long and mostly 70 yards wide, it has been recently developed and landscaped in a modern style. The dam includes a sandy beach, playgrounds and several restaurants. You can get there with bus 103. If you are coming from Pest, you can board above the Nepliget station of the M3 subway line. From Buda, it leaves from Kelenfold train station. 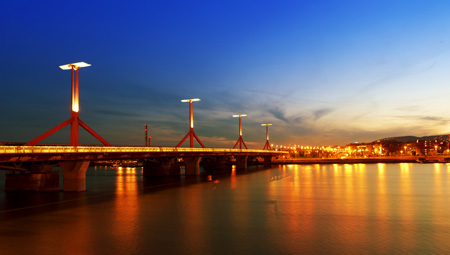