WestJet introduces its first Boeing 787 Dreamliner to the trade

The new 787 Dreamliner, unveiled yesterday in Calgary, is the first of 10 787s on order for the airline. Two more will be delivered in the next couple of months, with another three coming in 2020 and the balance delivered in 2021. WestJet also has the option to order 10 more 787 Dreamliners from Boeing in the future.

The 787s are a critical part of WestJet’s expansion strategy, said WestJet’s VP of Marketing Communications Richard Bartrem in an interview with Travelweek last fall.

At yesterday’s gathering in Calgary, WestJet executives addressed the crowd, emphasizing the new goals WestJet is looking to achieve with its new Dreamliners. “Today’s delivery marks a new chapter for WestJet,” said WestJet President and CEO Ed Sims. “Boeing’s 787 Dreamliner is one of the most technologically advanced aircraft ever flown and is the perfect platform for our transition to a global network carrier. We look forward to bringing Canadians to the world and the world to Canada in comfort and style.” 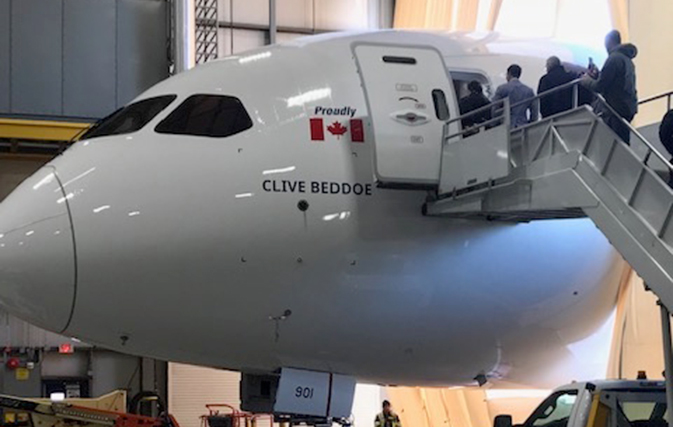 Boarding the Boeing 787 for a tour

The airline officially took delivery of its first Dreamliner, named the Clive Beddoe after WestJet’s chairman and founder, at a ceremony last month.

More news:  Will your agency be ready to reopen? Industry experts weigh in on what needs to be done

The aircraft will have 320 seats with economy, premium and business class seats and will be utilized for long-range flights. The Business cabin will feature 16 private pods with lie-flat seats.

WestJet will be launching nonstop flights on the 787 Dreamliners from Calgary to London (Gatwick), Paris and Dublin on April 28, May 17 and June 1, 2019 respectively. The Calgary-London route will operate daily, Calgary-Paris will operate four times a week and Calgary-Dublin will fly three times weekly. Bookings for all three routes are now available.

Not only that, but the Dreamliner’s range is 7,600 nautical miles (14,000 kilometres), making virtually any destination in the world accessible from Calgary.

The business cabin features 16 private pods in a 1-2-1 configuration with a seat pitch of 46” and seat width of 22”. The seats recline to fully flat. Each pod has an 18.5” touch screen seatback TV. Service includes a ‘dine anytime’ menu and restaurant inspired experience. 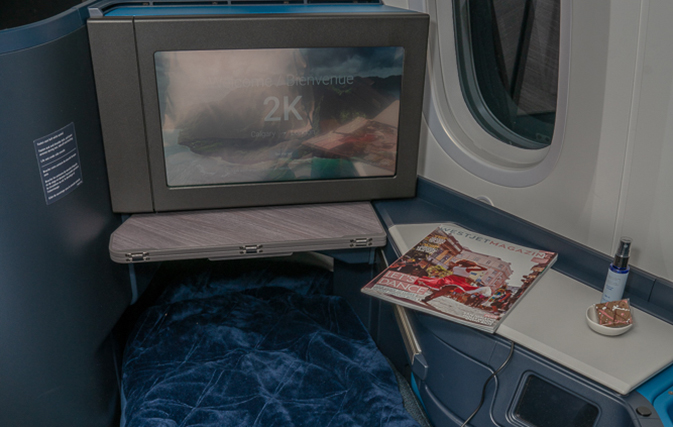 WestJet’s Premium cabin boasts 28 seats in a 2x3x2 configuration. Seat pitch is 38”, width is 19” and seat recline is 7”. Other features include a self-serve social area, in-seat power, and a 13.3” touch screen seatback TV. 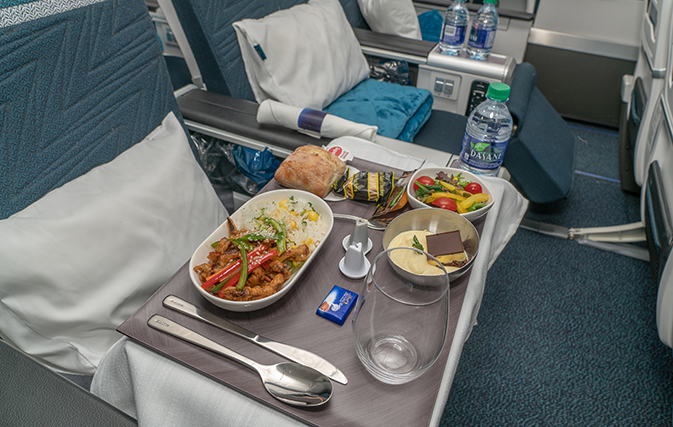 The economy cabin comprises 276 seats in a 3x3x3 configuration. Seat pitch is 31”, and seat width 17”. Other features include self-dimming windows, in-seat power and an 11.6” touch screen seatback TV, USB and power.

WestJet has been recognized as Best Airline in Canada and Travellers’ Choice winner – North America for 2017 and 2018 in the TripAdviser Travelller’s Choice Awards. WestJet executives point out that the airline is one of the very few airlines globally that does not commercially overbook.