Are Marriott, Hilton handing Airbnb for Business bookings on a platter?

This story originally ran in the July 27th, 2017 issue of Travelweek magazine. To get Travelweek delivered to your agency for free, subscribe here.

TORONTO — Marriott says it had no choice but to implement its strict new 48-hour cancellation policy. Hilton soon fell in line and others will follow. But with hotel industry competition from disruptors like Airbnb’s corporate travel division, Airbnb for Business, ramping up exponentially, while booking and cancellation flexibility are increasingly must-have trip requirements for time-pressed business travellers, are the biggest hotel chains in the world shooting themselves in the foot?

Marriott’s 48-hour cancellation policy, announced in July, levies a fee equivalent to the cost of one night’s stay to travellers who cancel their Marriott bookings with less than 48 hours notice. Marriott said its move was based on the number of rooms that were cancelled at the last minute and going empty, and that the new policy applies to hotels in the Americas including the U.S., Canada, Caribbean and Latin America, across all brands with the exception of MVW and Design Hotels.

Hilton announced its own 48-hour cancellation rule just weeks later, effectively following Marriott’s lead. Hilton’s new policy came into effect July 31 and so far is limited to properties in the U.S. and Canada.

Marriott and Hilton have fallen in lockstep with each other before, back in 2014 when they introduced a 24-hour cancellation policy. Now both have upped the ante. 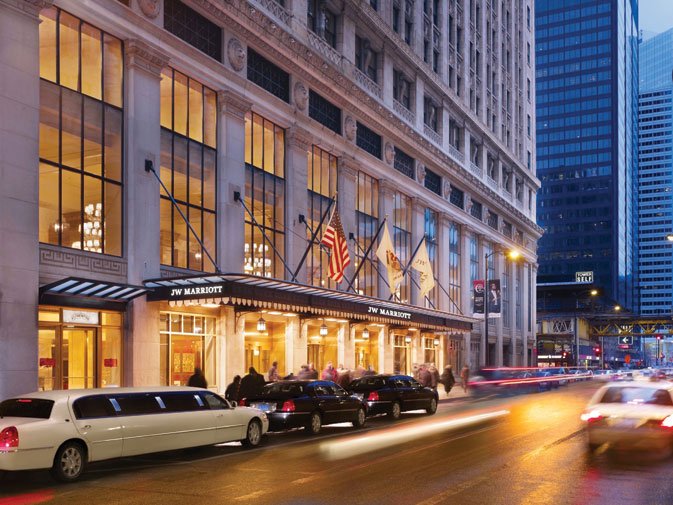 The new policy was the talk of the Global Business Travel Association’s (GBTA) annual conference in Boston last month, the largest annual gathering of business travel professionals in the world.

According to a TRIPBAM study unveiled at the GBTA event, on average corporate travellers cancel or change 4.9% of reservations within 48 hours of check-in. If each of these resulted in a cancellation penalty, the cost would be US$179 a pop. That adds up.

Jacinthe Ladouceur, VP and General Manager of American Express Global Business Travel Canada, says today’s modern business traveller seeks convenience and flexibility. “Any tightening of a cancellation period is, therefore, detrimental to the traveller. Many trips, especially external meetings involving senior executives, are booked or changed at the last minute. It’s possible some business travellers may be put off by hotel chains that decrease flexibility, and they could look elsewhere for alternatives.”

Other corporate travel organizations have come out swinging. “The new policy demonstrates Marriott’s market power, which allows the hotel company to disregard its best customers’ needs and demands without competitive consequences,” says Kevin Mitchell, who heads up the U.S.-based Business Travel Coalition.

He adds that the policy change “seems to some as a huge overreach and particularly burdensome for business travellers who have little to no control over when a customer or prospective customer cancels a meeting the day before.” 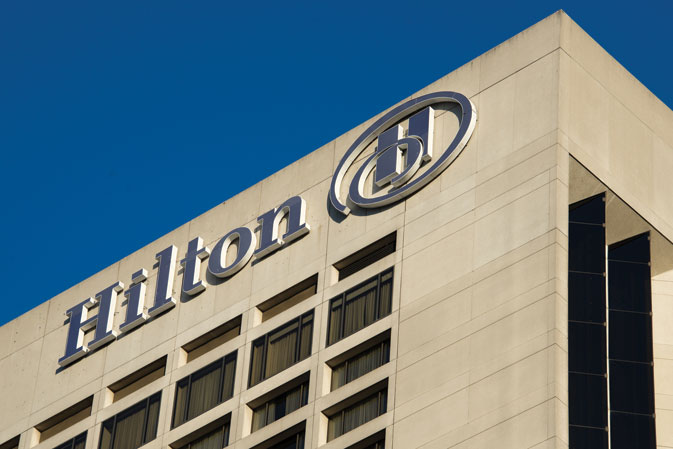 Hilton Hotels & Resorts says its 48-hour cancellation policy, penalizing travellers who cancel with less than 48 hours notice with a fee equivalent to one night’s stay, is said to come into effect July 31 and so far is limited to properties in the U.S. and Canada. Hilton made its announcement just a few weeks after a similar policy was adopted by Marriott Hotels & Resorts.

BTC’s travel industry poll, taken before Hilton’s policy change was announced late last week, gauged reaction to Marriott’s decision with opinion from 216 travel manager and travel management company executives in Canada, the U.S., the UK and more. Some 59% of respondents indicated that business travellers will likely book away from Marriott properties.

Three in 10 (30%) said they’re considering a travel policy change that restricts travellers from booking Marriott properties. And a prescient 53% of respondents said they believed other hotel companies would follow Marriott’s lead. Turns out they were right.

Respondents in the BTC survey vented their frustration. “I understand the new policy to some extent. However, it should not punish ‘loyal, faithful’ clients. Marriott should try to find a relevant, more targeted solution,” said one. Another felt it was the wrong time to institute such a policy given current political issues around the world, and the last-minute changes in travel plans that are quickly becoming the new normal. 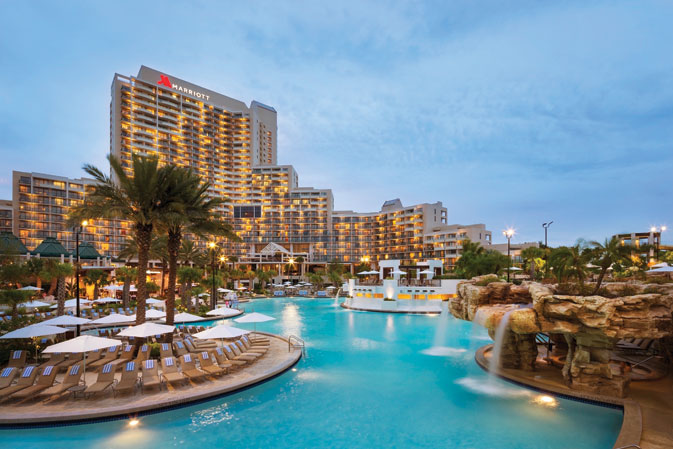 Marriott says it had no choice but to implement its new 48-hour cancellation policy, based on the number of rooms that were cancelled at the last minute and going empty. So far the new policy applies to hotels in the Americas including the U.S., Canada, Caribbean and Latin America, across all brands with the exception of MVW and Design Hotels.

Competitor InterContinental Hotels Group (IHG), which owns Intercontinental, Holiday Inn, Crowne Plaza and Kimpton, has also adjusted its cancellation policy, however their penalties are based on a 24-hour window instead of a 48-hour window.
IHG’s new policy starts this month in the Americas and Europe, and by October in the Middle East, Africa and Asia (excluding China).

“IHG’s previous cancellation policy varied by both region and brand, and this new change will mean that the majority of the IHG estate will now operate under similar terms,” said an IHG spokesperson. “The changes to IHG’s cancellation policy will provide our guests with greater consistency when managing their reservations and offer certainty for our owners.”

The spokesperson went on to assure guests that they’ll have one day prior to arrival to cancel their reservations without penalty, “which still leaves them with 24 hours if they need to cancel their booking.”

Lurking on the sidelines and increasingly looking to take centre stage, Airbnb for Business is picking up corporate accounts left and right. Earlier this month travel, expense and invoice management solutions provider Concur announced the availability to view and book Airbnb listings.

Amex Global Business Travel (GBT) also recently signed a new reseller agreement with Concur, to provide the online booking tool to its corporate clients. Amex GBT signed its own deal with Airbnb in 2016.

One in 10 Airbnb guests these days are business travellers. In 2015 Airbnb for Business had 250 companies signed up for corporate travel stays. Two years later that number has climbed to an astounding 250,000 companies, including big names like Morgan Stanley and Google.

Airbnb for Business touts its ‘Business Travel Ready’ homes – which must be an entire home or apartment, and not just a room – “with reliable WiFi, 24-hour check-in and laptop-friendly workspaces”. With the Flexible category bookings travellers who need to cancel get a full refund up to 24 hours prior to arrival.

The GBTA says corporate travel is worth US$296 billion in the U.S. alone, and it’s expected to climb 5.2% next year.