TORONTO — Almost half of Canadian hosted travel agents said they were earning more money now than when they worked in an agency or call centre, according to a recent Canada-wide survey.

Keeping more of the commission on their sales, the ability to spend less time commuting, having tax advantages of running their own business and being more focused on selling and service all contributed to why home-based agents are making more money than they were when they worked in an agency.

The survey gave revealing new insight into why so many experienced agents are choosing to go home-based. 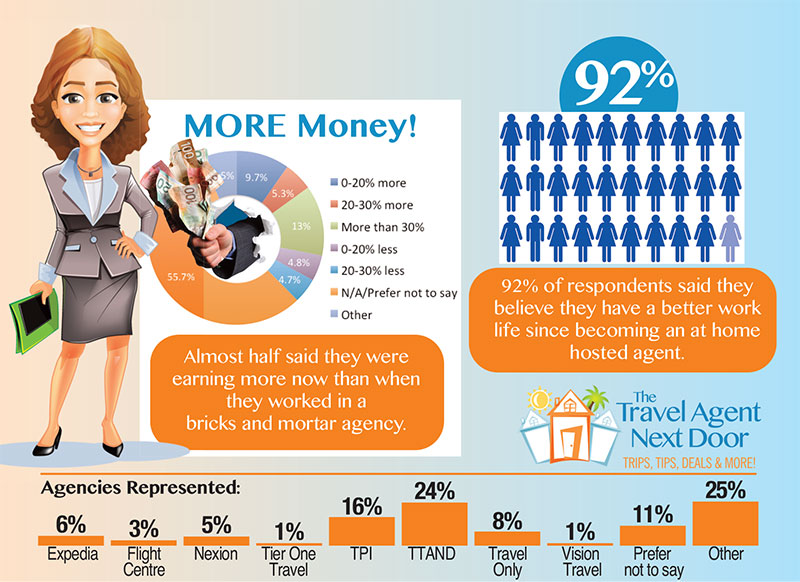 The agents surveyed were currently affiliated with eight different host agencies across Canada, with 12% not divulging who they were associated with.

“This is just the beginning of really understanding hosted agents and their needs,” said Flemming Friisdahl, Founder, The Travel Agent Next Door. “We will continue to invest in third party independent surveys to understand this growing market and how best to serve them.”

He said The Travel Agent Next door will continue to share findings from these surveys with the industry and with suppliers.

Watch this space for findings from the survey in upcoming editions of Sphere.