MONTREAL — All eyes were on the newest member of Air Canada’s fleet, the Airbus A220-300, at the aircraft’s official debut at Air Canada’s headquarters.

“It’s absolutely beautiful,” says Craig Landry, Executive Vice-President Operations for Air Canada. The A220 “suits a really elegant and unique purpose for us. We feel as if it was designed for Air Canada.” 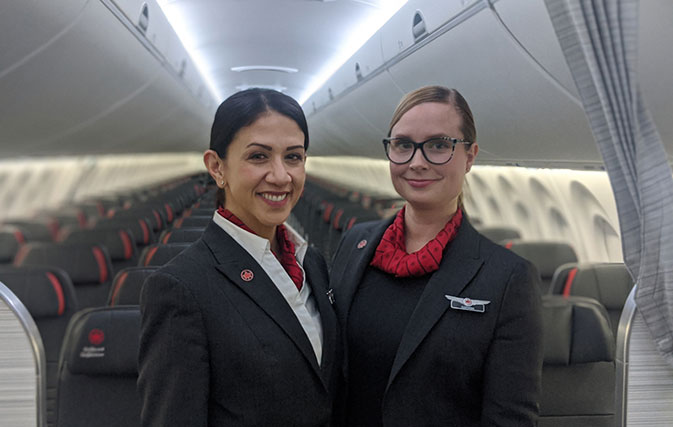 In an on-site interview with Gwendoline Duval, Editor of Travelweek’s Montreal-based sister publication ProfessionVoyages.com, Landry said the unveiling “is all about showcasing this incredible new aircraft.” 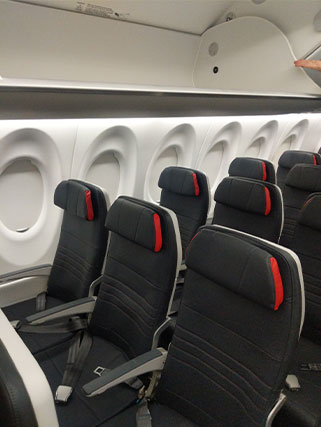 With 137 seats in total – 125 in Economy Class and 12 in Business Class – Landry says the Airbus A220 “is a smaller mid-range aircraft but it has a range of over 5,000 kilometres. So it opens up all of North America … it allows us to open up new markets that a larger aircraft, which could fly the distance, might be too large for, or a smaller aircraft might not have the range for.”

That makes the Airbus A220 “a very important tool for us as we build out our network, particularly between Canada and the USA,” said Landry.

The new aircraft starts service tomorrow, Jan. 16, flying from Montreal to Calgary for its maiden commercial flight. As more A220s enter the fleet, the aircraft will be initially deployed from Montreal and Toronto on existing Canadian and transborder routes such as to Ottawa, Winnipeg, Calgary, Edmonton and New York – La Guardia.

The first two new A220 routes for Air Canada begin May 4, 2020 with the launch of Montreal-Seattle and Toronto-San Jose, California service, the only non-stop service between these city pairs.

Landry adds that with the A220, Air Canada took some of its innovations from its wide-body international aircraft and brought them into a smaller mid-range aircraft. That includes much larger overhead bins. “There’s enough room on this aircraft for every customer to store a rollaboard suitcase. And we know that’s something that’s very important for our customers.”

In addition to the largest overhead stowage bins for an aircraft this size, the A220 also has the widest economy seats in the fleet, at 19”.

All of these selling points are great news for travel agents. Landry, who is also President of Air Canada Vacations, told ProfessionVoyages: “We work very closely with all of our trade partners and they are tremendously, tremdously valued. It’s a great opportunity for me to reach out and say thank you so much for the support in 2019, and all the continued excitement we’ll have in 2020 and beyond.”

With its sleek size and impressive range the A220 is perfectly suited to Air Canada’s transborder expansion. “We have smaller secondary markets that exist between Canada and the U.S. that are sometimes difficult to serve on an economic basis. An aircraft like this really opens up a lot of different opportunities.”

The A220 will also help Air Canada reduce its carbon footprint through a 20% reduction in fuel consumption per seat. 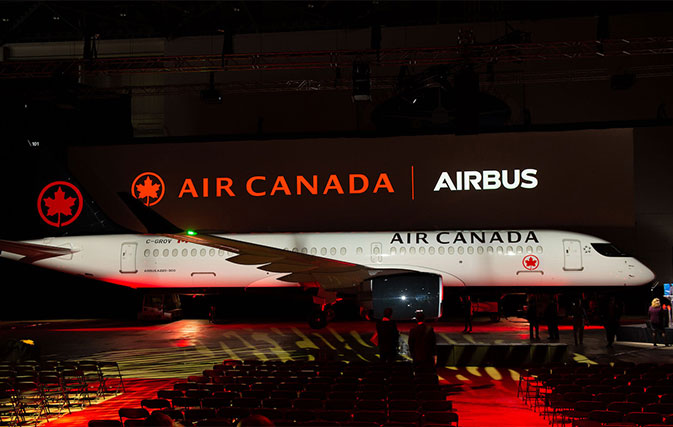 “This is an historic moment for Air Canada as we welcome the Airbus A220 into our fleet,” says Calin Rovinescu, Air Canada’s President and CEO. “We are the first airline in Canada to operate this next-generation aircraft, which was designed by Bombardier in Mirabel, Quebec. Our customers will enjoy a level of comfort unrivalled on a single-aisle aircraft and the A220’s operating efficiencies promise meaningful environmental and cost benefits. The arrival of the first of our order of 45 A220s, with a list price value of US$3.8 billion at the time it was made, underscores our contribution to Canada’s aerospace industry and its economy.”

The aircraft was originally known as the Bombardier C-Series. “I am especially pleased today given Air Canada’s role in completing the 2016 order for the C Series, as it was then called, at a time when the future of this aircraft program was in doubt. We are very proud to have paved the way for orders from other major carriers,” said Rovinescu.

Mark Galardo, Vice President of Network Planning at Air Canada, says the A220 “will allow Air Canada to further strengthen our position on transborder and transcontinental markets and be instrumental in our continued growth. The A220 will allow us to further expand our North American network, offering customers new routes and more robust year-round schedules. When connecting through our hubs across Canada onward to international destinations, customers travelling on an A220 will benefit from a virtually seamless cabin experience offering a comparable level of service and comforts as on a widebody aircraft.” 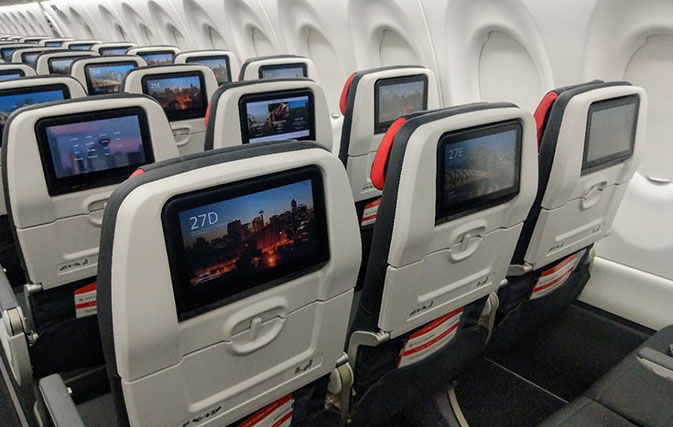 Air Canada will be the first North American carrier to operate the larger A220-300 version of the aircraft, which has a range of 3,200 nautical miles.

Every seat on the A220 features a Panasonic in-flight entertainment system with content available in 15 languages and featuring more than 1,000 hours of high-quality entertainment. The A220 will also have satellite-based, high speed WiFi access.