You wouldn’t think Utah’s parks and monuments could get any more beautiful than during a serene sunrise, or maybe a spectacular sunset. But truly in-the-know travellers will wait until after the sunset has subsided – and the day crowd has packed up and headed home – for the most dazzling display of all: thousands of stars shining in pitch-black skies, as far as the eye can see.

Utah’s Dark Sky Parks are increasingly at the top of to-do lists for many visitors to the state. And no wonder. While big cities and bright lights have their charms, Utah’s relatively low population density means that vast wide open spaces far outweigh cities and towns. The result is a star-gazer’s delight.

Here are some of the best Dark Sky Parks in Utah: 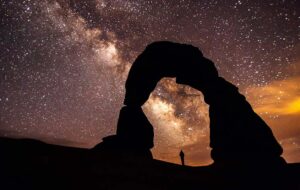 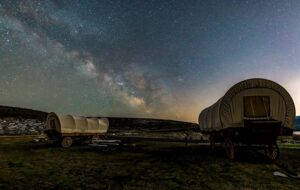 Two more of Utah’s ‘Mighty 5’ – Bryce National Park, and Capitol Reef National Park – are top picks for star-gazing in the southwestern part of the state. On a crystal clear night, upwards of 7,500 stars can be seen at Bryce, home to one of the oldest astronomy programs in the U.S. Bryce also has its own Astronomy Festival. In nearby Fishlake National Forest, stargaze at Fremont Indian State Park. At an elevation of 10,000 feet, feel closer to the stars at Cedar Breaks National Monument. Also in the southwest, check out Kodachrome Basin State Park, where on a clear night, the Milky Way can be seen in all its exquisite glory with the eyes. 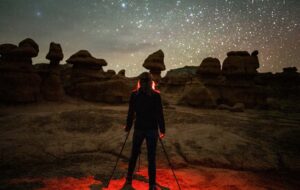 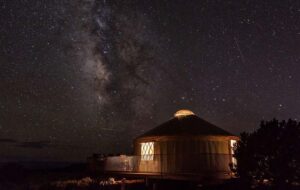 For more information check out VisitUtah.com/stars.