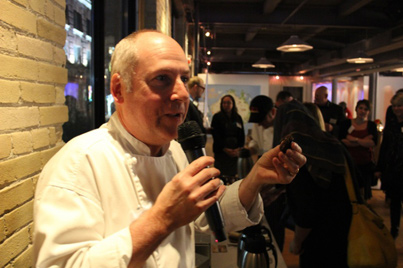 The campaign hopes to bring the reputation Australia has in the culinary world to the consumer and open up new markets for tourism in Australia and wine sales aboard.

“Australia’s food and wine itself is world class, thanks to the range and quality of fresh ingredients and the influence of Australia’s multicultural population which has produced a diverse, innovative cuisine,” states Tourism Australia’s Jane Whitehead, Vice President, the Americas.

The events have been taking place in Toronto, Vancouver and Montreal and includes local restaurants, provincial liquor stores and online. The remaining events include: