Maybe you haven’t been to Utah – yet. But you’ve probably seen it on the big screen.

That’s because Utah is a go-to choice for location scouts for a long list of big-name movies. In fact, so many movies have been shot in Utah, there’s even a trademarked slogan: Utah. America’s Film Set.

One of the biggest and best-known films shot in Utah – the iconic “Thelma and Louise” with Geena Davis and Susan Sarandon – is celebrating its 30th anniversary this year. Clients can experience the film’s locations first-hand, thanks to an epic road trip itinerary.

The journey starts just outside of Moab, first at the rock formations known as the Courthouse Towers in Arches National Park (one of Utah’s Mighty 5 national parks), followed by Dead Horse Point State Park. Remember the most talked-about moment in the movie, in the very final minutes? Fossil Point, visible from Dead Horse Point State Park, was the backdrop for that never-to-be-forgotten scene with Thelma, Louise and their powder-blue 1966 Ford Thunderbird. Red Cliffs Lodge just outside Moab has its own movie museum with memorabilia from films shot in Utah, including “Thelma and Louise”.

The police chase scene was filmed in the tiny ghost town of Cisco, one of the highlights of day three of the “Thelma and Louise” themed itinerary, along with Sego, another ghost town, and Thompson Springs. On day four, the trip winds up in the La Sal Mountains, instantly recognizable from the opening scenes of the movie. Driving up La Sal Pass brings visitors to the doorstep of some great hikes. Try Mount Peale Trail, or a walk around Medicine Lake. 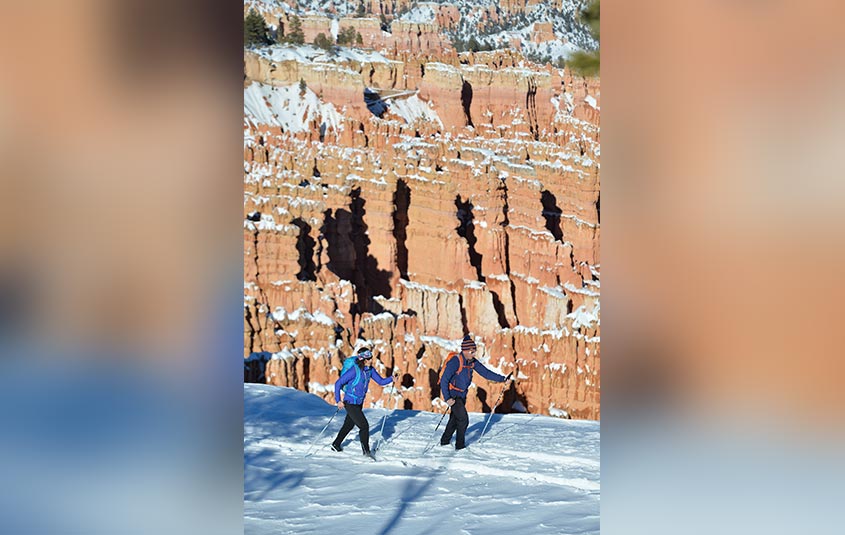 There are so many themed itinerary ideas for visitors to Utah. A Winter Trip Through the Heart of Utah’s Desert is the perfect way to see the state in the hauntingly beautiful winter months, when crisp white snow offsets the vivid red mountains and rock formations. Starting in Green River or Salt Lake City, this five-day trip includes national parks (Capitol Reef National Park and Bryce Canyon National Park) and state parks (including Kodachrome Basin State Park and Goblin Valley State Park). One hiking trail, Bryce’s Fairyland Loop, is a perennial favourite. On the last day, a spectacular drive along Highway 12 from Boulder (Utah) to Escalante winds along with jaw-dropping views on both sides. 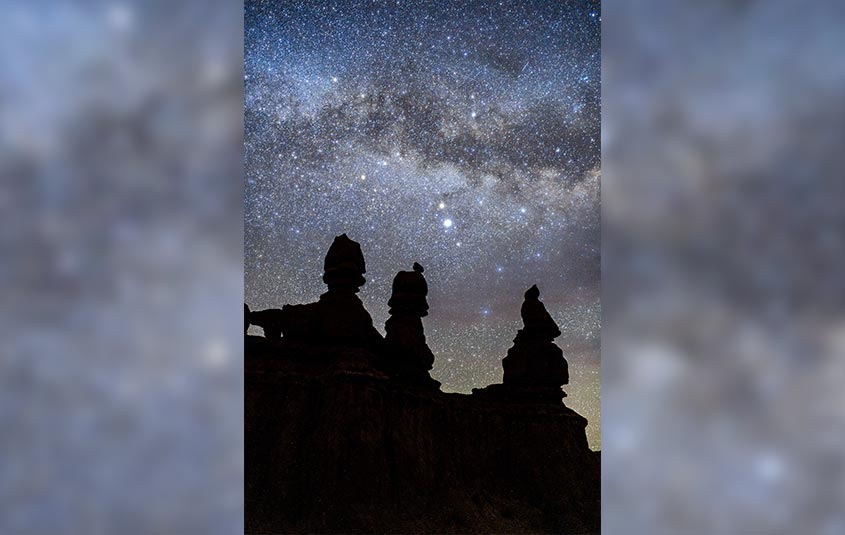 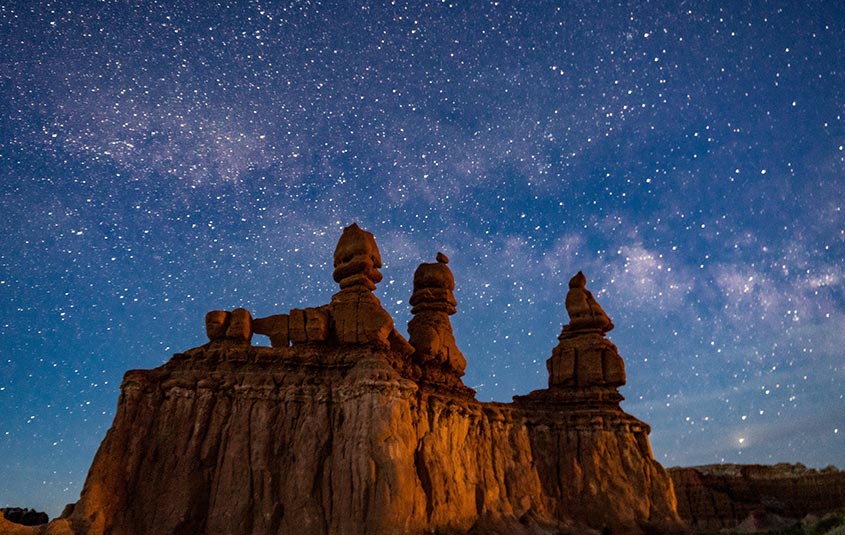 Another must-do Utah itinerary is Hoodoos and Stars. Three of Utah’s Mighty 5 national parks – Bryce, Capitol Reef and Zion – take centre stage on this seven-day trip. The rock formations known as hoodoos, standing like sentinels for many millions of years, are a big draw for Bryce visitors. And when the sun sets, Utah’s wide open spaces truly shine, and sparkle, with more stars in one awestruck gaze than most people see in a lifetime. Utah has the highest concentration of the dark skies in the world, according to the list of International Dark Sky Places compiled by the International Dark-Sky Association (IDA), and this itinerary features the state’s Dark Sky Parks at their finest.

For more information, check out VisitUtah.com.