TORONTO — Just over a year after her big move to Canada from Ireland, Orla Killeen is starting the new decade with a brand new role at Royal Irish Tours (RIT).

The tour operator has promoted Killeen to the position of Sales Executive after working in the reservations department since joining the company last year. Prior to moving to Canada in 2018, she worked with many tourist attractions and hotels in her home county of Co. Clare in Ireland, including three years at the iconic Cliffs of Moher. Growing up in rural West of Ireland, she studied Geography and Media and also worked in interior design for a year. 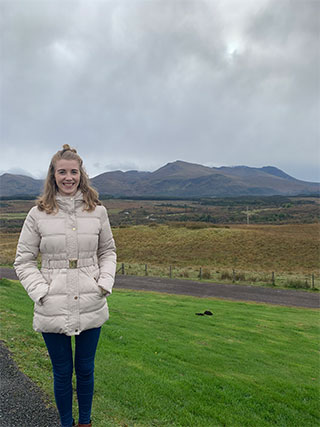 According to Conor Duffy, Vice President of RIT, Killeen is “extremely knowledgeable” about Ireland and the U.K., and is excited about having her join Jonathan Sargeant, Sales Manager, on the sales team.

“We are delighted to have Orla join Jonathan on the road,” said Duffy. “She has been a valuable member of our team since joining last year, and is enthusiastic, outgoing and very knowledgeable about our product. Between Orla and Jonathan, we know that the travel professionals across Canada will be in good hands.”

Killeen is based in the Greater Toronto Area and can be reached at orla@ritvacations.com or (647) 274-3393.