ONBOARD NORWEGIAN ENCORE — With Veuve Clicquot flowing, and a DJ spinning everyone’s fave disco tracks, Norwegian Cruise Line rolled out the blue carpet for a memorable christening of Norwegian Encore.

The last ship the Breakaway Class, the ship’s debut also marked the end of tenure for CEO and President Andy Stuart, who in October 2019 announced he is leaving NCL effective Dec. 31, after 31 years with the company. 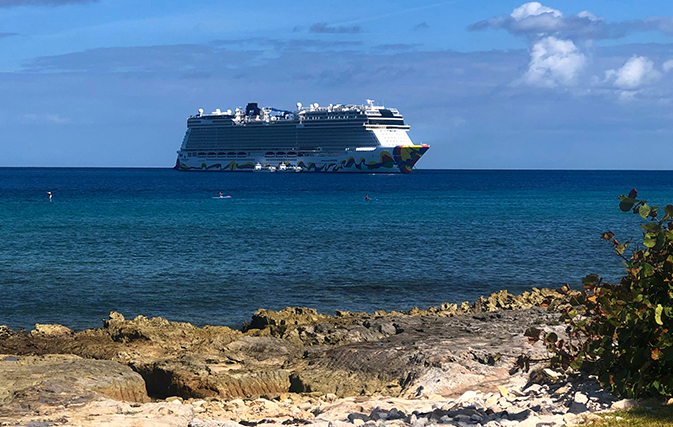 Arriving on Nov. 10 to celebrations in New York City, Norwegian Encore sailed to its home port of Miami for its christening on Nov. 21. Travelweek took part in the Miami sailing.

As incoming NCL’s President and CEO Harry Sommer, and Norwegian Cruise Line Holdings Inc.’s President and CEO Frank Del Rio, spoke of Stuart’s legacy as a dedicated and passionate professional, close to 2,000 guests also cheered Stuart while toasting Norwegian Encore during performances by onboard entertainment The Choir of Man, the cast of Kinky Boots and a half hour concert by the ship’s ‘fairy godmother’, singer Kelly Clarkson.

“I wouldn’t trade Encore for any of my competitor’s ships,” said Del Rio, who also proudly spoke of ship’s eye-catching and bold-hued design on the hull, created by Spanish artist Eduardo Arranz-Bravo. The inaugural cruise from Miami was a three-day sailing including Great Stirrup Cay in the Bahamas.

The ship’s contemporary interior design channels warm neutral tones, distinctive lighting in restaurant and public spaces, and shades of green and blue. Staterooms are streamlined and sleek, with lots of storage and multiple areas to keep all the electronics charged. Popular onboard spaces include the quiet Observation Lounge on deck 15, the lively Sugarcane Mojito Bar on deck 8 and the adults-only Vibe Beach Club on decks 19 and 20. 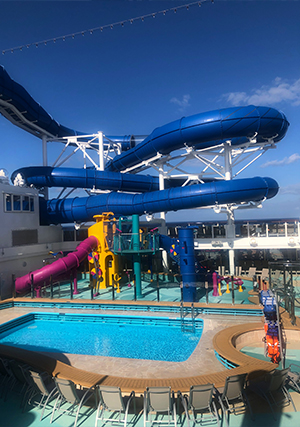 Also onboard Encore, The Haven by Norwegian includes 50 suites (with an additional 30 suites outside the Haven zone) in a palette of white, silver and soft gray. Haven guests have an exclusive Haven concierge, a dining room for all meals, cocktail bar, lounge and a courtyard with pool featuring a retractable roof. According to Sommer, The Haven has been a roaring success, with a repeat rate among guests three times higher than the standard.

Sommer also spoke about NCL’s devotion to the trade and said there will be no commission cuts. “We’re 100% committed to our travel agency partners, because they drive consumer demand.”

Sommer also talked about the ideal NCL customer. “We want to find the best guests, who want to pay and have the best experiences. We’re focused on people who have chosen land options, like an all-inclusive, and show them how they can have a great vacation with us.”

Meanwhile the cruise line’s ‘Free at Sea’ promotion has been a smart decision for the company, with the option for guests to choose kids sail free or free specialty dining, open bar, excursions or WiFi. “We will never compete to be the lowest guy in the industry,” said Sommer. 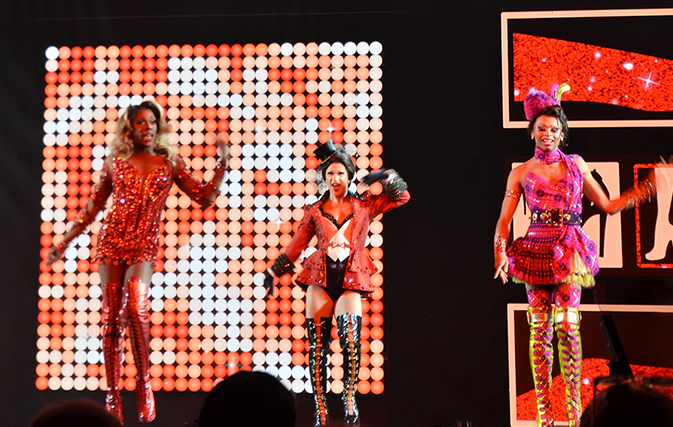 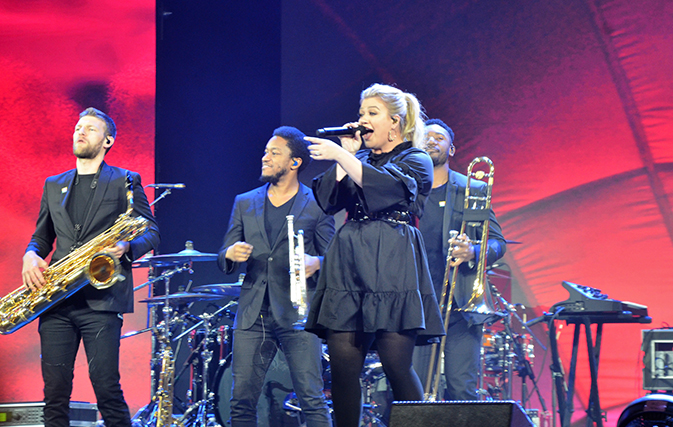 On Norwegian Encore, Tony-award winning Kinky Boots makes its debut on the high seas, joining The Choir of Man, Happy Hour Prohibition The Musical, The Cavern Club and The Social Comedy Club.

Popular specialty restaurants on board include American Diner, Q Smokehouse, Los Lobos, The Local Bar & Grill and Coco’s. This ship debuts a new dining option: Onda by Scarpetta, the Italian restaurant chain’s first venture at sea, and will feature the restaurant’s signature dish, spaghetti tomato and basil. Several bars are found throughout the ship, including the A List Bar, which debuted on Norwegian Bliss and is now part of the legacy of former CEO Stuart.

Great Stirrup Cay, NCL’s private island in the Bahamas, has also been updated, with the addition of Silver Cove. Offering 22 lagoon and 16 ocean villas, these A/C cooled modern spaces include flat screen TV, bathroom with shower and room service. The studio, one bedroom and two bedroom villas can be rented for the day (prices ranging from $299 to $1100), and provide access to a private beach, restaurant and Moet & Chandon bar exclusive to villa guests. Silver Cove features an on-island version of the Mandara Cruise Spa, which is open to all guests, with appointments including lunch at the villa restaurant.

Norwegian Encore’s schedule includes seven-day Eastern Caribbean cruises from Miami for the winter season before a move to New York City in April 2020 to offer four- and five-day cruises to Bermuda. 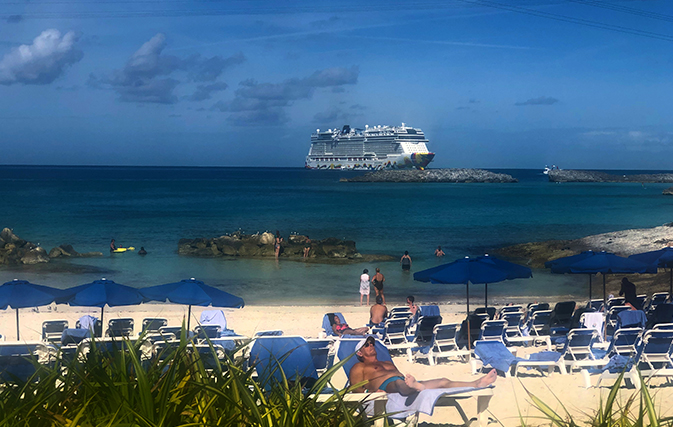 Looking to the future, NCL’s parent company Norwegian Cruise Line Holdings has a lot on the horizon, with the launch of Regent Seven Seas Splendor in February 2020, the opening of NCL’s Pearl of Miami terminal at Port Miami and in 2022 the debut of Leonardo, the next class of NCL cruise ships.